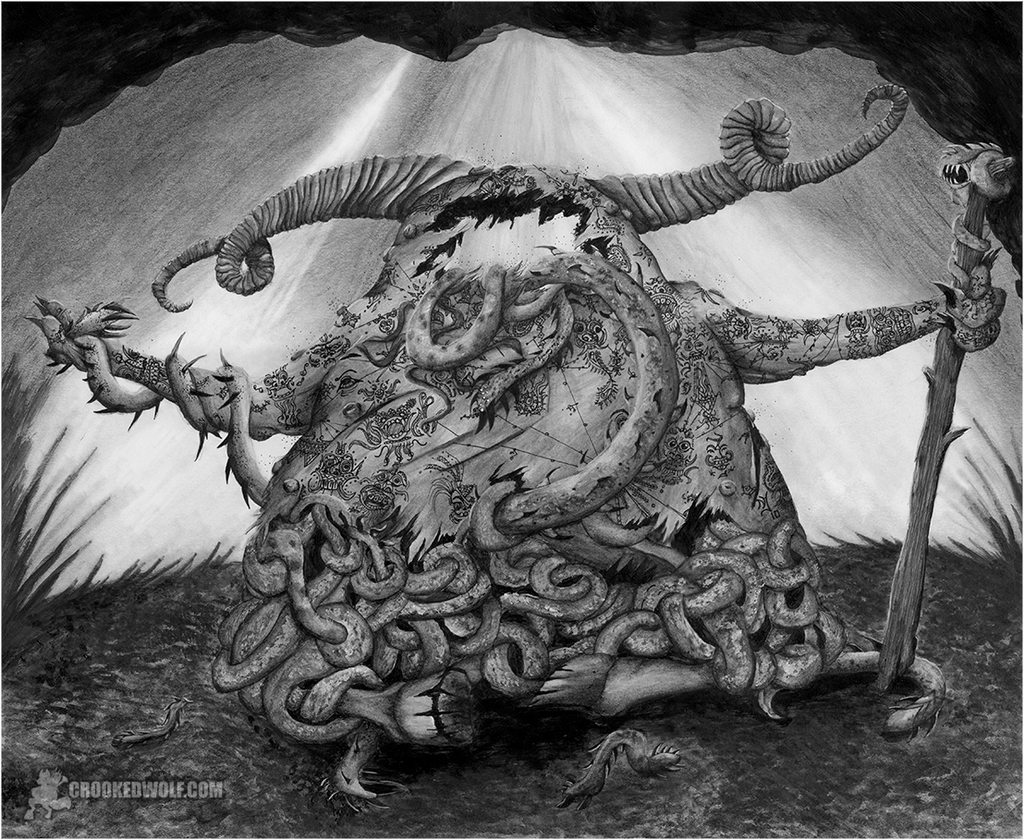 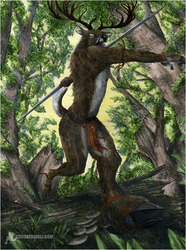 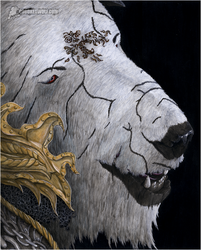 Here's a nemesis for Oskari and his friends, an example of the arch-demons that command the increasingly large raids into the kingdoms of Eternalfold.
Marcoris is an extremely powerful demon with a vast army of shambling slimy decaying things at his command. He's a giant bloated corpse that's animated and possessed by a colony of demonic worms and snakes. There are hundreds of the larger worms and countless thousands of tiny ones that make up "him" but they all move and think as one entity with a thousand eyes. If Marcoris feels like it though individual worms can range far from the host and act as remote eyes and ears, typically traveling as parasites in an unaware host, influencing his thoughts and actions. His voice sounds like a thousand whispers that seem to originate right beside your ear even if you are far away from him. It's a whisper but at the same time it's so loud that it drowns out all other sounds and pains the ears with a sickly chill. Like many powerful demons Marcoris seems to absorb color, light and warmth, sucking all of the comfort out of an area. Try to imagine all of the worms slowly writhing and slithering about as a giant pulsing mass. His limb movements are odd and somewhat uncontrolled since he's animated from within by the masses of worms but he still has all the strength you would expect of a near immortal demon. Marcoris' legs are useless but the mass of worms can allow him to slime about slowly like a snail, which is why doesn't move very often and prefers to get others to carry out his evil plans. The staff in his left hand is a 50 foot long tree trunk to give you an idea of how large Marcoris is. The tattoos commemorate his various triumphs over other demons (there is a lot of fighting and rivalry between demons) and they are part of the dark rituals that his cultists take part in. It would take a hero of exceptional mental and physical fortitude to attack him since they would have to deal with a combination of the dangerous worms' physical attacks and a disgustingly strong aura of putrid rot that surrounds him. The only way to truly kill this thing is to find its tiny black heart, cut it out, and burn it in a fire as the sun first rises.