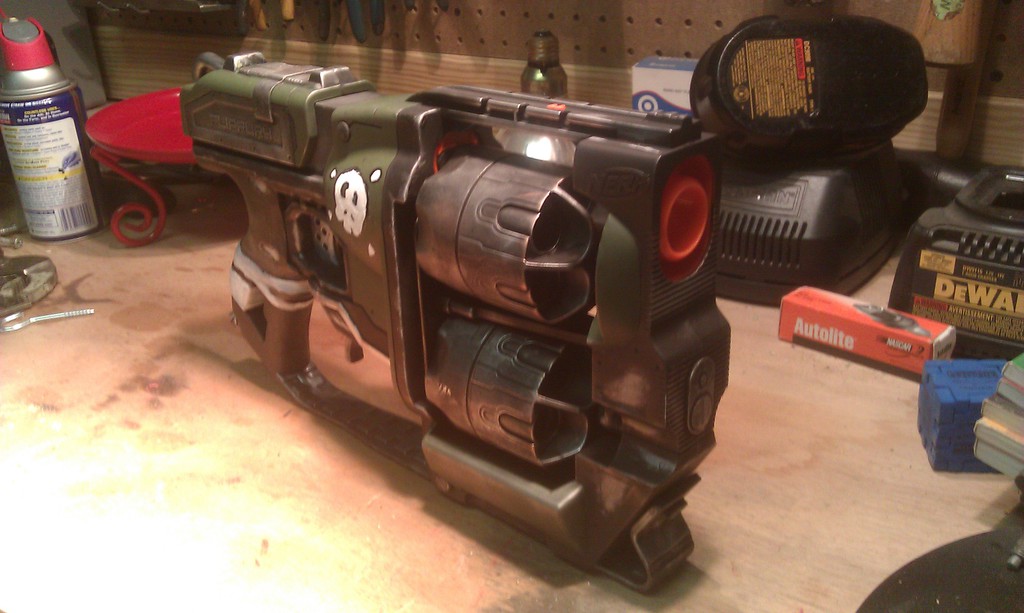 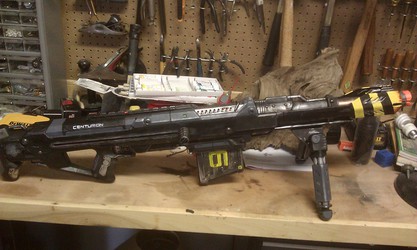 The world has gone to hell, so to hell with standard issue weapons! Its a commonly known fact that any military’s equipment are made by the lowest bidder. (That is unless your bad ass enough to get signed on to a privatized organization) Sometimes you just need that LITTLE something extra in order to make it through a fire fight. In this case its an extra cylinder. ITS LIKE HAVING TWO SIX SHOOTERS IN ONE! Thats twelve shots loaded and ready to be unloaded into a bandit’s face! If you want to go balls to the wall get a Flipfury for each hand! Thats twenty four bullets you would be hard pressed to even find drum mags that can hold that much!~