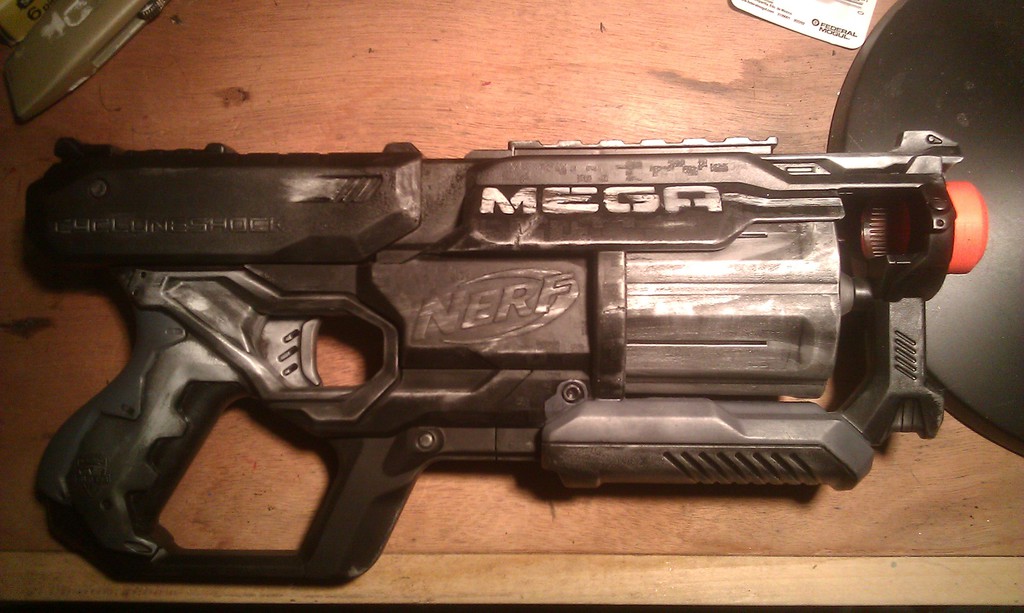 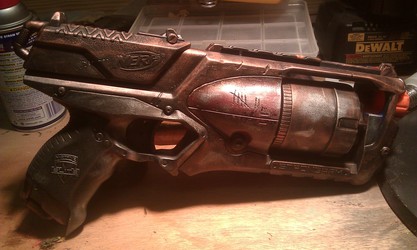 It seems like a life time ago that I was once an expendable henchmen for a balding mad scientist who had an affinity for explosions, buzz saw babies and robots. In those wonderful, action packed, Wilhelm scream filled days the typical henchmen only had access to a single Maverick. I quickly learned to double fist those six shooters as soon as the red shirt next to me dropped to the ground quicker then a minority cop with two weeks left until retirement. The technology for hand cannons has changed for the better in recent years but is still reminiscent of those PG-13 rated skirmishes of yesteryear… When Bone Breaker has spent its load I whip out a pair of Suit Specials to make the bad guys think twice about robbing this gun runner.