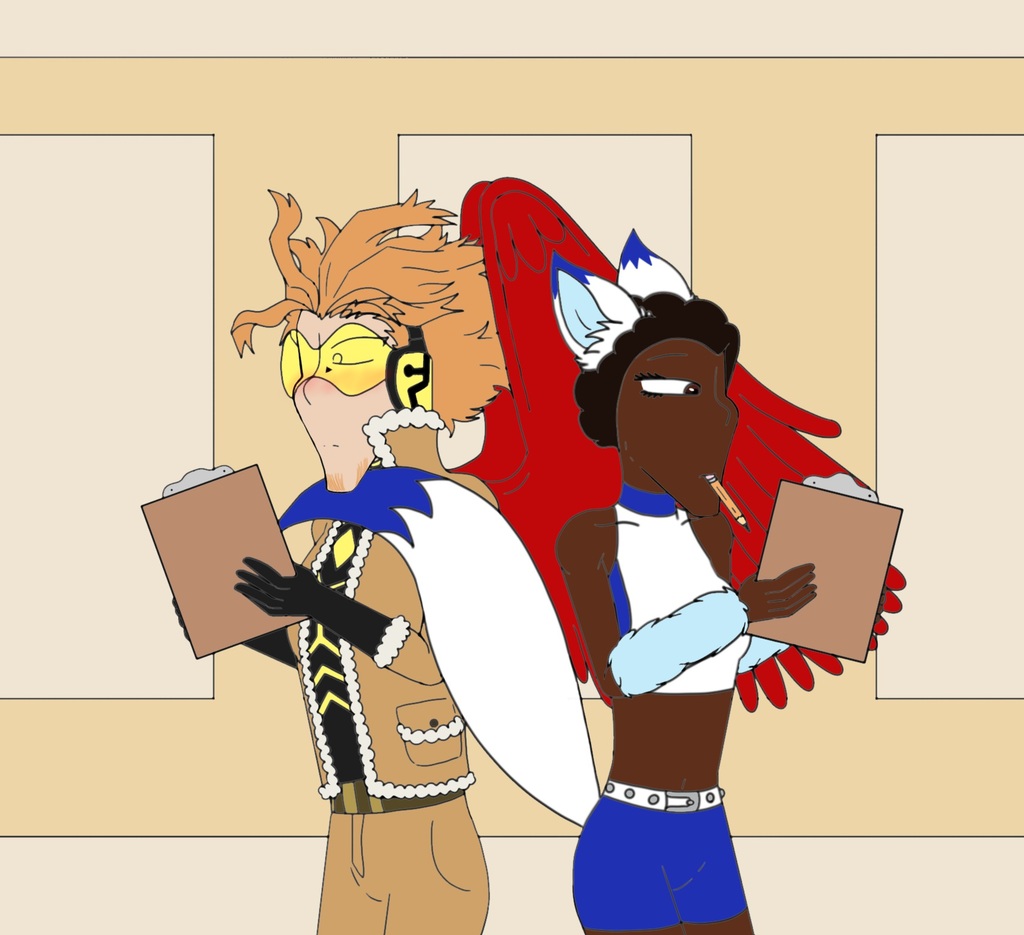 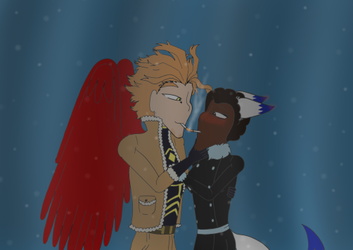 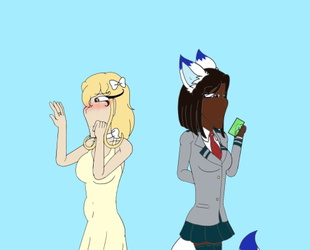 Arctic Fox chewed on her pencil absently, giving Hawks a gentle flick of her tail in greeting when she felt him look over her shoulder at her clipboard.

“Don’t you have your own information to tend too?”

The hero asked, a playful lit in her voice when she leant her head back and looked up at the man, who smiled down at her, his wings stretching back, as if preening.

Hawks smirked, offering a hand out, asking if he could put his arm around her waist, and he pulled back when her eyes lowered and she shook her head, pulling away from his side. “just haven’t seen you in a bit, baby fox.”

“Bleh, looks like locking my windows was a good idea.” Arctic Fox said, moving further away and waving her hand. “get to work, bird boy.” the fox quirk user turned away, and Hawks moved back, giving her space and picking up his own instructions, since the fox hero clearly only had the faintest of flirty comments and attention for the man today.

At least Hawks thought, until he felt a tickle near his throat and his eyes shot down to see Arctic Fox’s tail playing at the collar of his jacket. Hawks bit his lip, the fox hero only did that when she wanted something particular, but she also only did that in private.

“Bee? right now...right here, sweetheart?” Hawks murmured quietly, keeping his voice down around the other pro heroes, but his voice loud and clear to the fox hero’s large ears, and the sultry tone the pro hero’s voice was falling into wasn’t lost on the fox quirk user.

“Wha-?” Arctic Fox started, until she realized where her tail currently was, which she quickly pulled back, her eyes wide and her face in flames. “I have to-” she cut herself off and just left the room, her fingers reaching up to yank on an ear in embarrassment, her mind running a mile a minute. “you aren’t supposed to be here yet!” she hissed to herself. “and why him? for fuck’s sake!”

Someone getting their heat earlier than expected because their bonded person snuck up on them, she was expecting it soon sure, but since she has a person now she just got smacked into with it, she needs a minute so she doesn't jump someone, excuse her

Keigo is Bianca's "bonded" but she doesn't usually want to fuck him, she wasn't planning on this tbh, she has sex with him sometimes, but its more human feelings, not a fox's heat
Usually they just sleep together for stress relief, but this? this is different, this is "I want you because I feel safe with you, and because you are my person, mine, no one else's, just mine"

I just kinda' wrote? I don't know what I was going for tbh