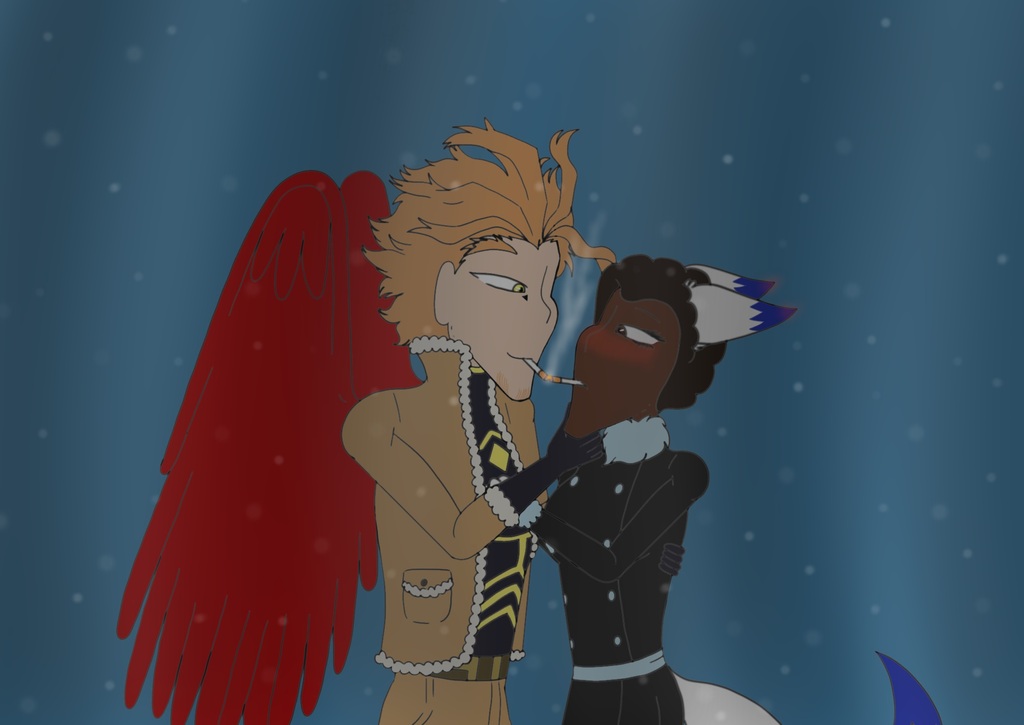 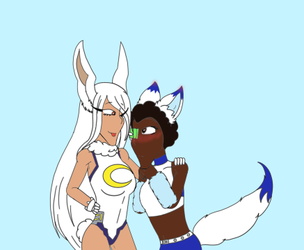 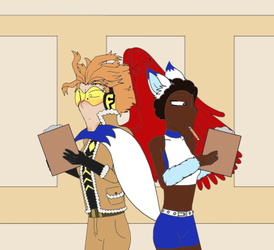 I'm just oddly soft for these two recently, like a lot

No canon here, I don't think Keigo would ever be allowed to even touch a smoke, because image, gotta be a good boi tm, while Bianca? she just doesn't care for it
They don't actually smoke, neither of them do, I just like the look of smoke in snow, and it feels like something they could get into if they were allowed, but they aren't, so there

I have no idea how I feel about Bianca's coat, ignore it pls

Keigo just wants to be near Bianca and be soft around her, that's all