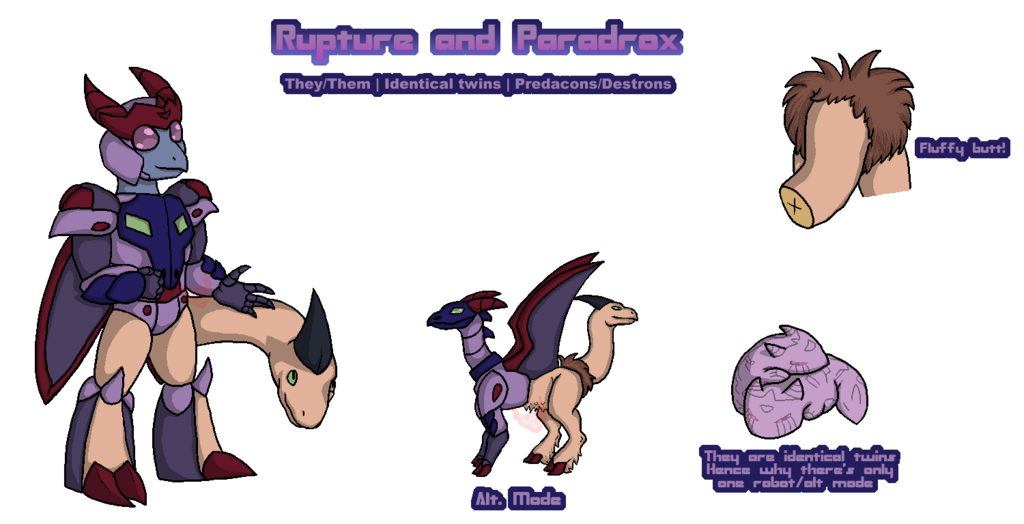 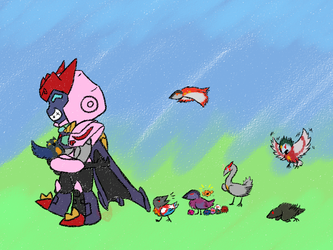 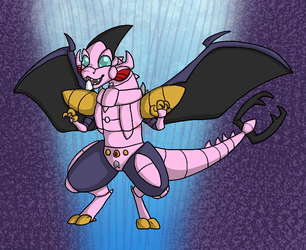 A BWII design for my beebs Rupture and Paradrox! Although in this AU they’re not the oldest kids having three older brothers. Info below


History:
The arrival of Hibiscus was no surprise to anyone although it took a little time for Nemetron and Lio Junior to adapt to being big brothers, it made the addition of twins shortly after a bit smoother. Galvatron was positively glowing the entire time while carrying, a scan showing twins only made him more abuzz with glee.

A little dazed after their emergence, Cyclonus was allowed to name them both resulting in their ‘tougher’ names.

Rupture
The older of the two, Rupture is quiet and curious and much more likely to poke ‘icky’ and gooey things. Quiet, introverted they also have a slightly short temper and when young would bite when their patience ran out, Uncle Megastorm was usually the victim to this, thankfully they grew out of it. Being as quiet as they are they often enjoy hanging around with BB a lot.
They show great fondness for Annelids, specifically ones with an appetite for blood.

Paradrox
The far more energetic of the two and often seen running about with their older brothers or pestering some of the other Predacons (albeit banned from Starscreams personal space after knocking over some of his favourite chassis wax, oops). Predacons also find the need to hide valuables away from them as they can’t resist pulling things apart and tinkering with them.