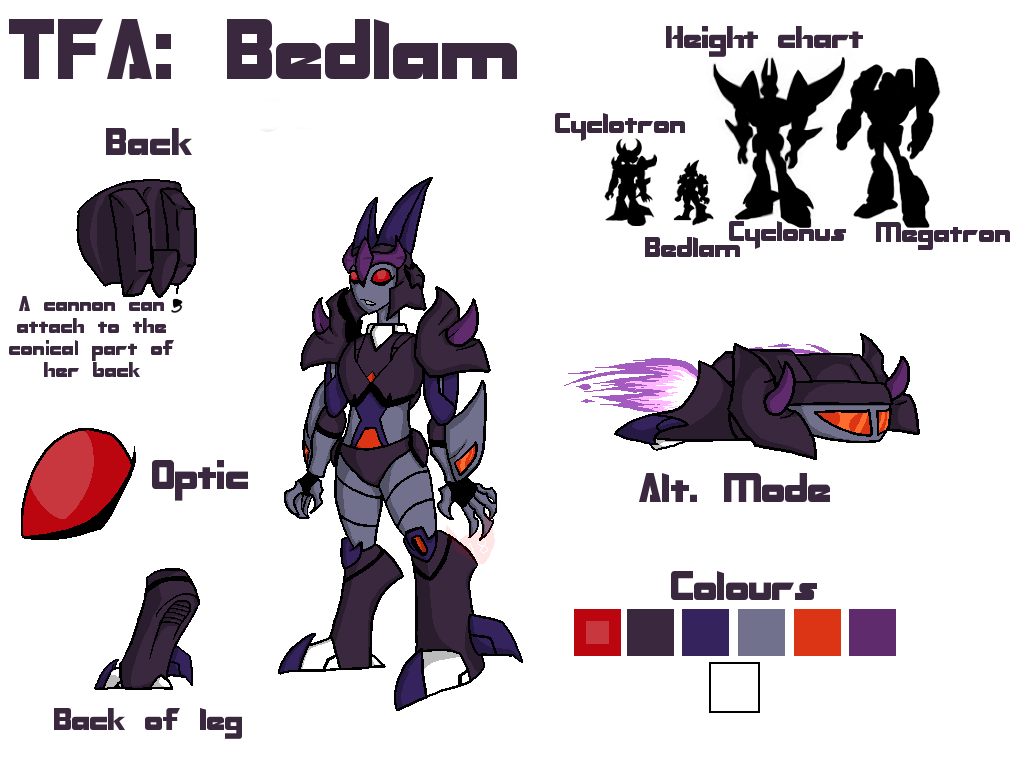 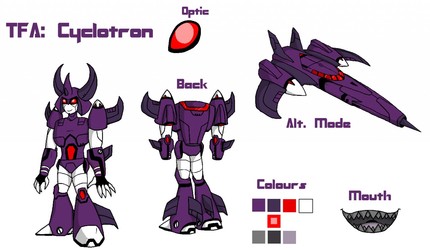 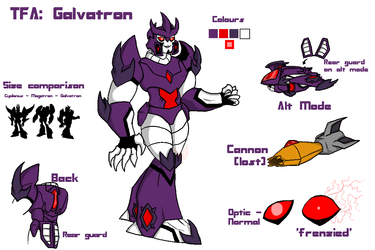 Info:
Bedlam fell through the rift with Cyclonus and Cyclotron too, however, she was just a mere newspark and ended up far, far away from them both.
Too fresh, soft and new to survive Bedlam’s ‘rescue’ came in the form of wildlife, in particular, a non-terrestrial species of strange bird.

Life saved, Bedlam had to pick up whatever she could from them or her own basic programming showing her to transform on instinctual code alone.
Despite this new ability she still couldn’t fly very well, unable to break free of a planet’s atmosphere or remain too high for long.
This lack of flight capability left her to essentially ‘adopt’ one of the Birds as a kind of ‘smart pet/steed’ prompting her to end up breaking from the main flock and heading off on her own, with no one but the bird for company for a long, long time.

Eventually, she came to Earth, riding her steed down and curiously playing around in a scrap yard until a particular Decepticon triple-changer found her and brought her back to the base albeit she did not come willingly and sank her dental units into Blitzwings arm, clawing everything she could reach.
Luckily for her certain other horned mecha had ended up on Earth at the same time and old baseline instinctual code booted up again and she ran to the arms she recognized from so, so long ago but not before laying some feral smack-down on others present.