The King's Rude Awakening by CJack 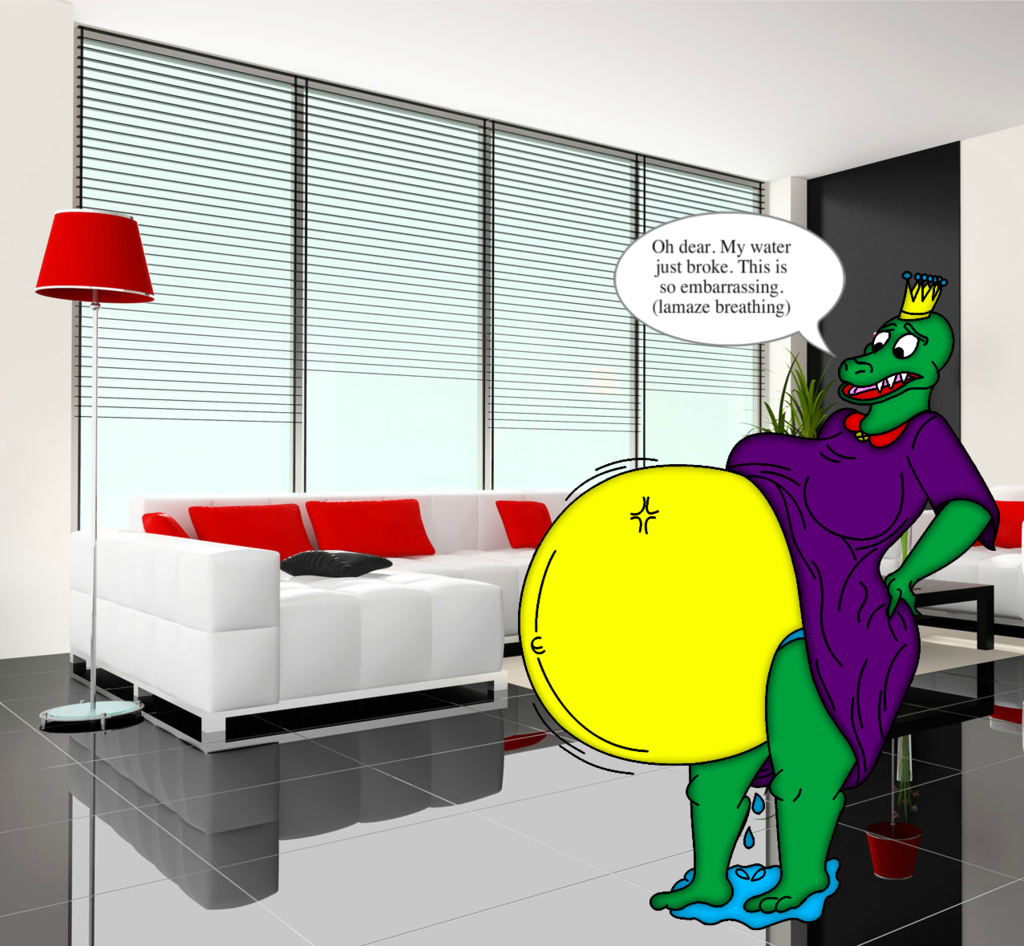 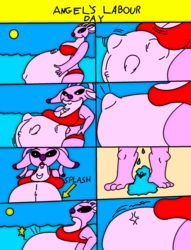 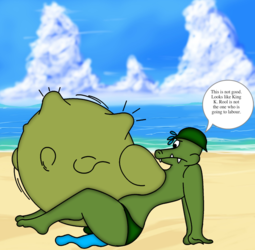 One morning when it was 8:00 AM, King K. Rool was feeling some sharp pains in the belly, but he thinks that he was getting hungry. So, he got up out of his bed went to get something to eat. While he was about to go to the refrigerator, he felt more sharp pains in his stomach and clutches it. K. Rool lifts up his nightgown and begins to rub his belly, but it do any good. All of the sudden, he felt something coming out of him. He just found out that his water just broke and started to become scared and doesn't know what to do. Enjoy!

King K. Rool belongs to the (C) of NINTENDO