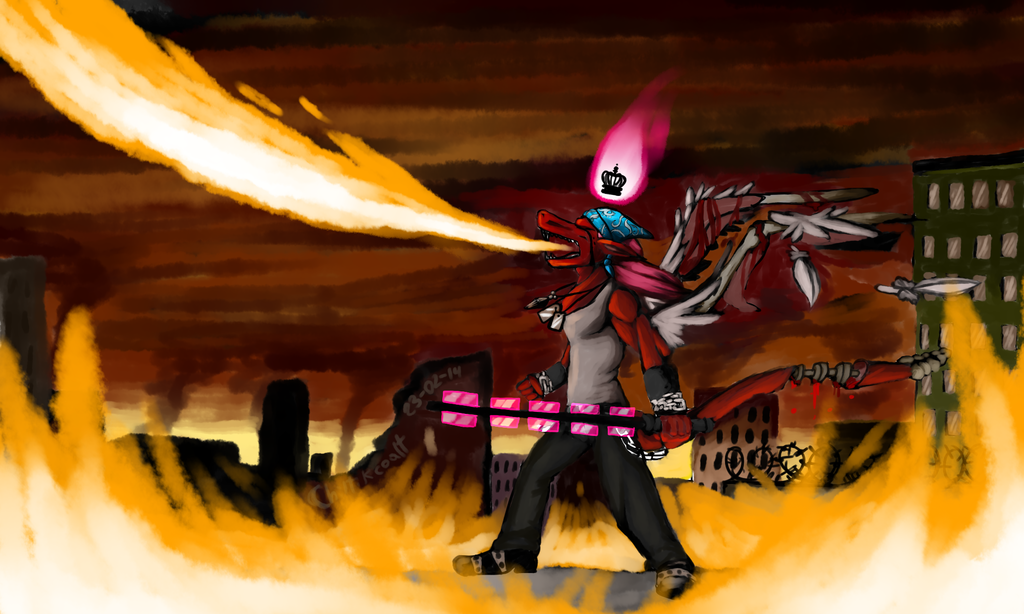 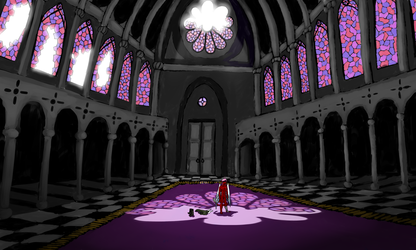 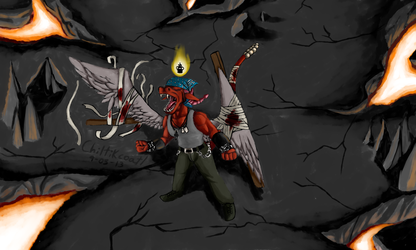 An image I drew out of complete despair and rage, as my situation IRL been extremelly frustrating, also having my boyfriend away from me (though more than clear that I was self-imposing innecesary requeriments to complete my ordeal though my very belated high school)

As for the title, it's nahuatl for "Fire kéter of a torn appart warrior"

In this image Coatl has completelly destroyed a city and turned it into a literal hell, as well as he's displaying a little keter (a crown) wrapped on furious ghostly fire, which normally is invisible, but he involuntarilly shows it when angry beyond posible comfort (otherwise invisible unless he desires to exhibit it) as well as he has got his wings painfully rotten away and also having lost part of the flesh on his tail.

As an interesting note, I'm in posession of all the garments on the pic IRL (except obviously for the macuahuitl, and the dog tags)

Blessed those who see his crown... because it will be inevitably the last thing they'll ever see.