Tuft and Shela stand in the spacious living room of Tuft's house, Shela having yet again come down to test one of Tuft's newest inventions. This time, the yellow and blue cat was holding a small remote, of which had various controls on it and looked somewhat like a regular television remote. Shela, meanwhile, had a couple plastic pads on her arms and legs, of which were connected to Tuft's remote.
Shela was a Sable Shetland Sheepdog, of whom often ended up being invited to Tuft's house so she could help run some tests on the constant inventions he kept making. With her was Kayla, a rather mischievous anthro dragon who was more than happy to come see what would happen. Currently, the purple skinned dragon was sitting on a couch behind Tuft, smirking as she watched the cat fiddle with a few things on his remote.
“Okay! It should be ready to go!” Tuft seemed nervous to have a spectator with him, but regardless he was still excited to be able to use his new gadget. He looked at Shela and smiled his telltale smile before speaking again. “We'll start with shrinking, and see what happens with that. Does that sound okay to you?”
Shela giggled and nodded, smiling. “Don't be so nervous, Tuft, do whatever you want.”
Kayla simply chuckled and looked at the buttons on Tuft's remote, reading what she could from her seat and waiting for things to really get started. Within moments, Tuft pressed a few of the controls and Shela jumped as she felt an odd sensation. Around her, everything seemed to be… growing… However, for Tuft and Kayla, they could both clearly see she was shrinking right before their eyes.
Shela kept becoming smaller and smaller until her snout was level with Tuft's knee, and the cat smiled as the test seemed successful. “Alright, let's not keep you that small for long!” Another few buttons were pressed, and Shela assumed she was supposed to start growing, but nothing actually happened…
Tuft seemed just as confused as Shela, and he tried pressing the buttons again, but still nothing happened. “Er… I-I don't know why it isn't working!”
Kayla grinned a mischievous grin as an idea formed in her mind, and she stood up as she spoke. “Well, I'm sure we can find some other way to get Shela back to her normal size, hm?”
Shela glared at Kayla, but the dragon didn't notice. Tuft, also oblivious to the sheepdog's look, turned to Kayla with interest. “Hm?”
“Well, what if we, I dunno, simply grabbed a tank and blew her back to normal? Sorta like a balloon?”
Tuft thought for a moment, considering the idea before nodding. “I can’t come up with anything else… Shela, what do you think?”
Shela didn't trust Kayla one bit with the idea, but she wasn’t coming up with anything either. A sigh preceded a nod, and Kayla giggled to herself with amusement. “Great! Tuft, do you have an air tank in here?”
Tuft nodded, always keeping one near him in the house for whenever purpose it may be needed. A few directions later and Kayla returned with a sizable tank, the gauge on top saying it was full to the brim with oxygen. A hose came from the main nozzle, and Kayla had Shela swallow enough of that to where it could inflate her without getting dislodged.
Tuft stood next to the tank and looked at Shela, who seemed somewhat concerned for the current situation. “Are you ready, Shela?”
Yet again, Shela nodded, sighing again as she soon felt a cool rush of air enter her stomach. Looking down, her belly was slowly jutting outwards as her hide expanded to hold the gas in. It didn’t take long for the rapid airflow to cause her stomach to reach the size of a basketball, at which point her sides and back had also started expanding.
One thing Shela could most certainly feel was that her skin seemed to be taking the inflation much better than it normally would. She couldn’t think of why, but perhaps being smaller than normal was making her hide more able to stretch outwards. Besides that, her sides and back were already rounding out, and she could even feel the oxygen starting to push into her limbs.
The feeling was pleasing, yet it was also amplified by a huge degree. It wasn’t long before she rolled atop her inflating middle, hugging the growing orb with her arms for as long as she could, until they were forced to remain rigid and poking outwards from the pure amount of air filling them.
Now her body was the size of a beach ball, the small Sheepdog already beginning to look more like a sphere than a dog. Her limbs had become hills on the surface of her body, yet not a single creak was coming from her skin. At that, Shela didn’t seem to be even close to succumbing to any sort of pressure daze. Kayla put a hand on the knob to the tank and turned off the air flow, many ideas now flowing through her mind as to what she could do with this Shela-balloon… 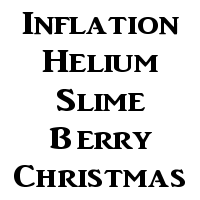 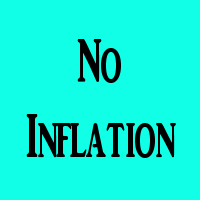 A "Small" Invention [AT]

Kayla and Shela belong to: Me!
Tuft belongs to: Ikora770 on FurAffinity ( https://www.furaffinity.net/user/ikora770 )!

Shela is invited over yet again by Tuft to test another invention, and this time she brings Kayla along for the ride! However, when things go wrong, Kayla's devious side comes out...

Remember, I'm almost ALWAYS open for commissions (AND art trades)! If you want to commission me for a story of your own, just send me a note with some plot info for the story along with what characters you want me to use! Prices are found at the bottom of my profile page.

Want to support me? Tips are GREATLY appreciated, use the link below to give me one!
www.paypal.me/chemgas