The next morning, everyone had deflated another time, at least for the most part. Tsuki found herself still stuck with a dome of a stomach, but the lynx didn't seem to mind at all.
Ajax, Zaru, and Kyle all woke around the same time, which happened to be when Tsuki woke up. With everyone refreshed and ready to continue ahead, Kyle, Ajax, and Tsuki climbed atop Zaru's back as the taur went towards the cave ahead.
At the entrance of the cave was a very overinflated deer, his hide creaking as he wobbled ever so slightly back and forth, in a complete daze from internal pressure. His hooves and head were somewhat sucked into his body, and his cheeks had puffed outward to almost comical sizes, but the biggest danger was that his antlers were close enough to his hide to be poking it. That deer was only a deep breath away from exploding.
The group approached the deer with caution, and noted the various tribe symbols on his bloated body. He seemed to be one of the few non-fox inhabitants of the nearby village. Tsuki remembered the one deflation spell she knew and quickly cast it, a hissing sound coming from the deer's naval as he began to lose air.
It wasn’t long before the deer came out of his pressure daze, and when he did, he had to take a moment to realize he was still almost spherical. When he saw the group in front of him, he blushed from what must've been embarrassment, and would've said something had his inflated cheeks not essentially clamped his snout shut.
When he was deflated enough to move his limbs easily, he began pressing on his belly, causing the hissing noise to rise in volume and causing him to deflate somewhat faster. A couple minutes later and he was completely deflated before he spoke. “Thank you so much, I don't even know what happened to me…”
Tsuki grinned and chuckled. “No need to thank us, just be glad you hadn't breathed too deeply. Otherwise you would be a pile of scraps right now.”
“Oh, wow… Um, if you're looking for the others that came with me, they're further into the cave. The last thing I remember before I zoned out was being rolled out here, so I'm more than willing to bet they still have the others down there.”
Kyle took a turn to speak. “They'll come out alive, trust us.”
“Thanks again. I'll wait here until you come out.”
The group, now having dismounted Zaru, entered the cave ahead of them. Immediately the walls glistened, groups of crystals shining a light purple color that illuminated the cave. It was a beauty to behold, but they couldn't stop to admire it quite yet. Further into the cave they could faintly hear the sounds of a struggle, and the noise motivated them to pick up their place.
The cave was long and winding, and over the sounds of struggling the group could occasionally hear a slime or two sloshing around in the unused paths. While being aware of the presence of something that could fill them up was somewhat unnerving, they continued their trek forward.
Eventually they found themselves looking ahead at the minions that were responsible for this. Three feline minions, emanating the telltale purple aura, were teasing an overinflated fox, the villager having been turned into a spherical, blue-furred orb that was constantly being pushed dangerously close to some sharp crystals jutting out from a nearby cave wall. Two more foxes were forced to sit and watch, their arms tied together with rope behind their backs.
Ajax rushed the minions right off the bat, tackling the one who was currently teasing the fox while Zaru fired two arrows at the one behind it. The arrows hit their mark square in the middle of the feline’s back, and their belly swelled out rapidly before being followed by their chest, arms, neck, and even their legs as they filled with air. The force of the hit caused them to stumble forward, and even in the few seconds it took to recover, the rapid inflation had been enough for them to roll atop their inflating middle and continue inflating at high speeds.
Soon a bang was heard throughout the cave as the minion exploded into scraps of hide which floated to the ground. While this had happened, Ajax had been pumping the feline he tackled full of air himself, and that minion’s arms had grown too rigid to move from the air filling their body. They wobbled back and forth atop their backside as they grew, struggling for as long as possible until they felt their thin and taut hide touching the crystals, the poking sensation making them stop moving almost completely. However, even this effort wasn’t enough as a second bang was heard in the cave, followed by more scraps fluttering to the floor.
The last minion was very startled by what had happened in the last couple minutes, and they could only stand there in a slight daze as Tsuki worked her magic in filling them with helium. Soon they were rising off the ground, belly up and towards a patch of crystals on the ceiling of the cave. By the time they realized what was going on, it was too late as their taut stomach hit the crystals, and an explosion sounded as they were also reduced to nothing but a third pile of scraps.
Kyle ran forward now, untying the two trapped foxes while Tsuki worked at the third. It seemed their side journey through the cave was almost over, but the sloshing sounds coming from behind them were too masked by other noises to hear… at least, before it was too late… 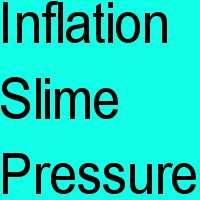 This is the third chapter of Age of Orbs!
Want your character to be a part of this series? Send me a note and we can discuss their role in the story!

Kyle owned by CorbinPlayz on Weasyl: https://www.weasyl.com/~corbinplayz
Marna, Zaru, Tsuki, and Ajax owned by: Me!

Want to influence my future stories? Comment on this journal: https://www.furaffinity.net/journal/8891458/

Want to support me? Tips are GREATLY appreciated, use the link below to give me one!
www.paypal.me/chemgas

If you're interested in my Patreon, another link will be below this text to take you to that as well!
www.patreon.com/chemgas650