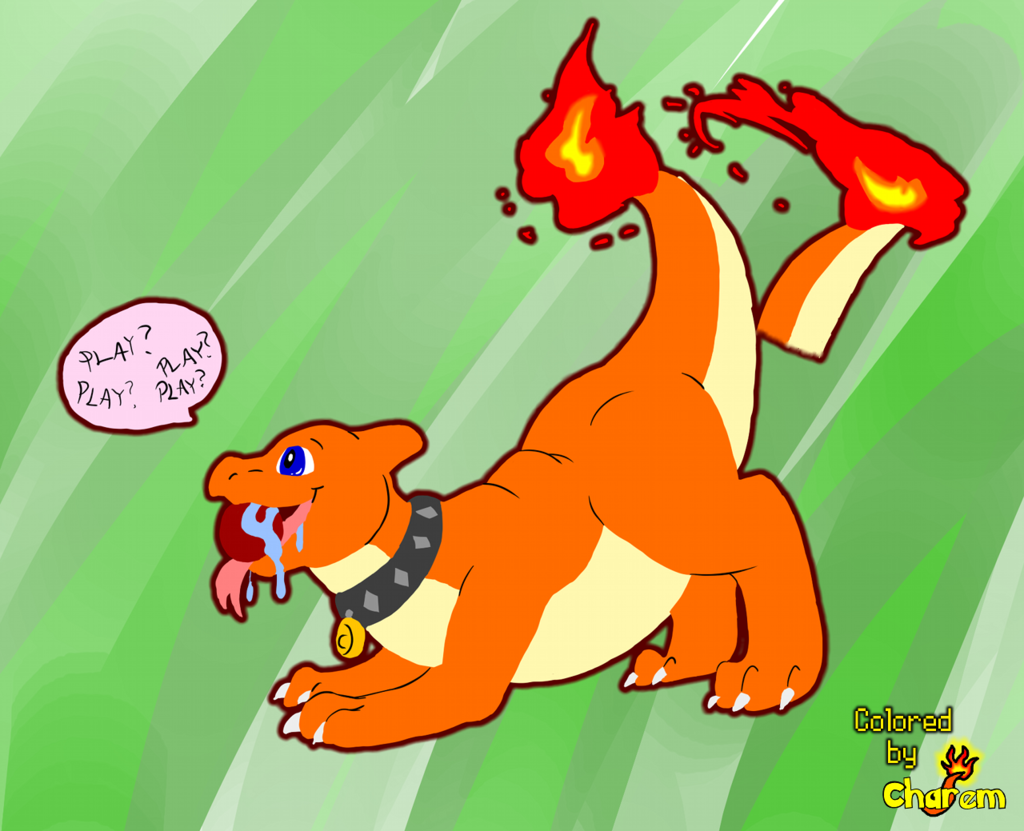 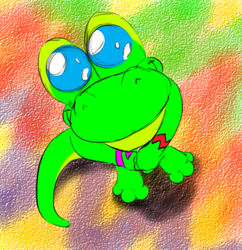 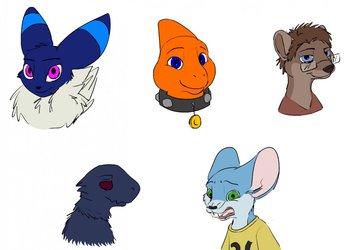 We Charmeleons can do a lot of things. I doubt we'd be considered the most intelligent Pokemon (Psychic-types generally have a LOT of Pokemon beat in that regard), but we're certainly resourceful and capable. Our 2-fingers-and-a-thumb on each paw isn't a whole lot, but it's more than enough to manipulate objects like a human can, allowing us to express our intelligence in several effective ways.

But sometimes, such sophistication can be so...imprisoning. For every one thing you're capable of doing, that means more expectations are put onto you for doing those things. It can grow to be a weight that's hard to carry...and can make one regret being capable.

Fortunately, we Charmeleons can 'cast off' such things as well, if we so desire. It's easy for an animal, even an intelligent one, to return to one's roots. The feral, instinctual, simple-minded state of one's base existence. But perhaps that's too fancily-said, huh?

Dog-like. That's more to the point. Dropped to all fours, without a care in the world beyond such thoughts as "I love my Master!", "Food is yummy!", and of course "I wanna play!" Luckily, those forepaws of mine that are so capable of manipulating objects can, all the same, quite properly support and move me about in a feral stance. Letting my mind go as I do in such states, this is a good thing, as such knowledge as two-legged standing is quite lost during such times. My mind is nearly as simple as a common canine, but also nearly as easily satisfied and made happy.

Inevitably, you need to consciously return to your higher IQ, and the responsibilities it brings. But, these feral 'breaks', being free of your complex concerns, are a god-send for nearly anyone who needs some mental relief, and can help you come back to your 'normal mind' with a fresh and positive outlook on things. Certainly, it's a god-send for the more intelligent Pokemon out there, who might feel like they've lost their animal roots to the human requirements of more-sophisticated living.

Because after all...what fun is being human-like all of the time? ;3

This was a cute collaboration between   Pippuri (who did the original sketch) and me (who did everything else). ^^ Fluffy story description aside, this is a rather simple picture of me just wanting to play fetch - a basic, but definitely joyful, activity. <3 The story above was sort of an expression of some of the things I feel about human society at times...and I'm sure I'm not alone in those thoughts. Apologies if it came off a little too heavy though!

This picture was originally supposed to be a cut-and-dry case of me coloring Annika's sketch, adding some background details and a few effects, and calling it good. However, the sketch, while supremely adorable, was quite messy, so I wasn't sure that was such a good idea, and so considered lining the work. But I also knew that would take quite a while to do... As usual for my art sessions, though, I was streaming this to an audience. And when I disabled the sketch layer, leaving only the colors, somebody in the chat remarked that it actually looked quite good with nothing but the color layer. And what do ya know, they were right. I am pretty meticulous when I color, so most the shapes and proportions looked...really good.

I ended up adding a very minimal amount of lines to accentuate details and shapes that the colors alone couldn't express...and we have this. A near-lineless experiment that...hopefully looks cool to y'all. <:3 It's still a little rough here and there, but I do like it. (Kind of good to do something mildly 'imperfect' for once, as I'm oftentimes too perfectionistic over what I work on.) Perhaps I'll use it again upon coloring other sketches in the future, since I do think it upgrades the quality past leaving sketch lines intact, sometimes.