Strictly a Cotton Diet - by Heartman98 by Charem 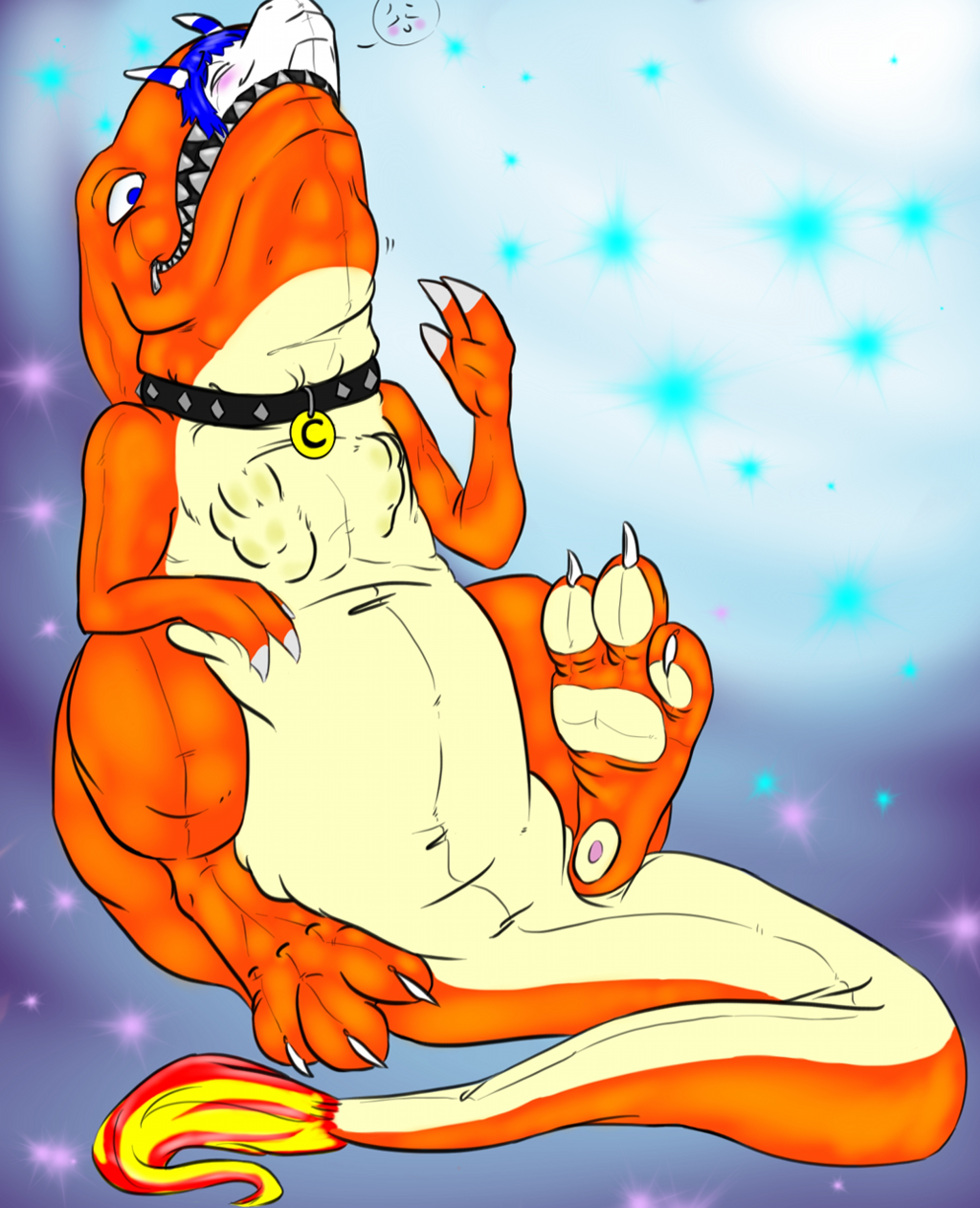 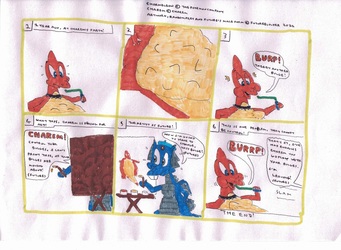 Strictly a Cotton Diet - by Heartman98

Plushies might be extremely soft and cute and adorable, but you gotta remember that they'd be very flat and not that huggable if they didn't contain stuffing inside. Oftentimes cotton is best for this, and good plushy-makers always make sure to pack plenty of cotton into the different parts of their dolls, so that they can be best enjoyed by whoever buys them.

But occasionally, you'll find that a plushie decides it doesn't have enough stuffing. It knows its seams and sewings are very durable, and that it could handle a lot more. Such was the case of Charem the plush-Charmeleon, who, while already quite well-stuffed, was certainly not easily satisfied. Conveniently though, Charem also had a zipper mouth, and had learned how to unzip it...

The orange plushie did not take very long to put two and two together, and with his owner out of the house that day, the lizard-plushie stalked around the bedroom in which he was kept. Quite silent he was, being a plushie, aside from the occasional clack his ceramics claws made on some hard surfaces. Soon he had found his quarry, sitting quietly on a low shelf in a closet: another plushie. This plushie was blue and white, with a blue-fluffed tail and a rather adorable appearance. A dragon-plush named Mist.

Mist, like most plushies, was content enough to sit wherever he was put by his owner, so he was a bit perplexed when he saw the Charmeleon-doll wandering about. The dragon was also quite surprised when the Pokemon-plush sported a wide grin, which grew even wider as that zipper-mouth was unzipped. By the time Mist found his fabricy sides grabbed by Charem's soft paws, it was too late for the dragon-plush to squirm away from what he saw as he peered into that orange mouth...

Charem shoved the slightly-smaller doll quickly into his jaws, his furry-flame-tipped tail flopping happily about as he felt the dragon's body slip down into his own. The Charmeleon-plush had more than just a zipper-mouth it seemed, but an actual pocket inside his core, accessible from the back of his mouth; a 'stomach' of sorts. Charem was one of those dolls that had a little pocket inside them, so that you could store some items inside of your favorite doll. His designer had thought it would be clever to design this pocket to be accessed via the mouth, not thinking too hard about the aspirations it could rise up in such a plushie... Aspirations that Charem gladly wished to fulfill!

Soon, Mist wriggled helplessly within the Charmeleon's silken stomach-pocket, confused as to what had happened. The dragon-plush knew of the thing known as 'eating', something that flesh-and-blood creatures often did, but...plushies didn't have to eat!

Charem knew that too, of course. But as he patted his plush - and now plusher - belly, he knew that 'eating' was quite an enjoyable activity indeed...and that he would have to do it more often!

Hehehe. n..n Plushie-vore! Ya gotta love it, eh? Adorable and a (usually-) rather harmless method of vore, you can never go wrong with the idea of a cotton-filled creature gaining even more of that cottony-softness!

This was drawn by   heartman98 as a commission. Heartman had a special going on DA where while he normally only takes money-commissions, he would take DA point commissions for any plush-related commissions. Since I had points and not money, I had no problem simply taking one of my ideas and turning the resulting characters into plushies to meet the criteria. :3 So here we have me and   jumpman92029/Mist as plushies! Yay!