How to Properly Stuff an Umbreon: Part 10 - by IF by Charem 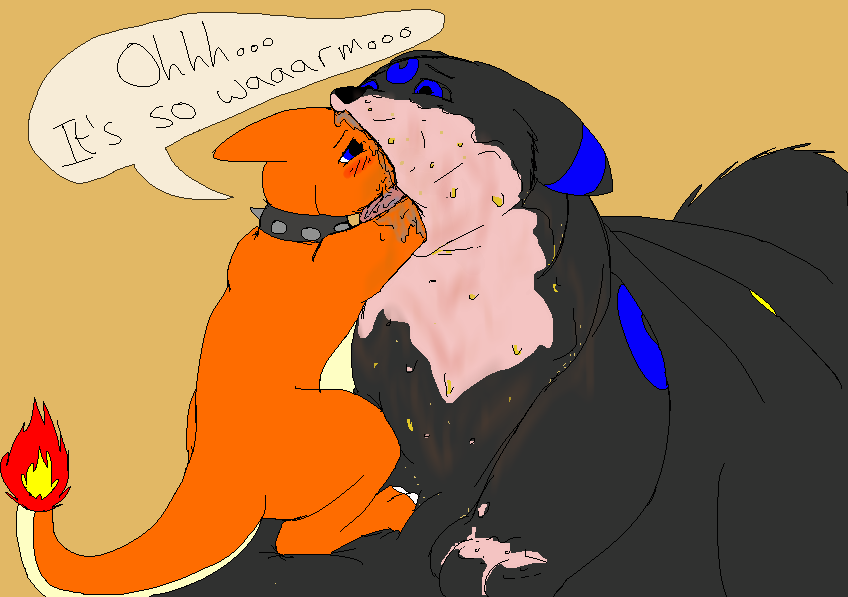 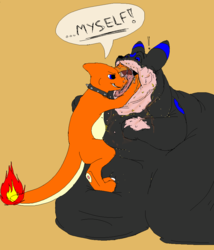 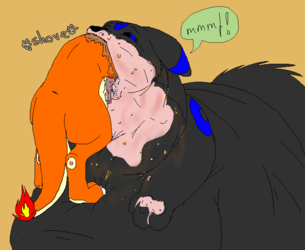 How to Properly Stuff an Umbreon: Part 10 - by IF

As Charem poked his nose past the Umbreon's jawline, he couldn't help but blush. Flame, still unsure about this whole 'eating your host' thing, was nonetheless panting and drooling hard - and the dank, hot, food-flavored breath easily washed over the Charmeleon's face. The heat of course did not bother the fire-type at all, and instead only encouraged him deeper into those hot depths...

The Charmeleon bunched his legs up atop the Umbreon's belly, nestling up as high as he could comfortably step. Wriggling his shoulders about, they soon popped into the fattened Pokemon's maw-space, his paws already sunken into the dark-type's wet throat. Charem's vision grew dimmer as he stuffed his head inside as well, feeling his 'bree-friend begin to relax more as the fox instinctively - and hungrily - lapped over his face.