How to Properly Stuff an Umbreon: Part 5 - by IF by Charem 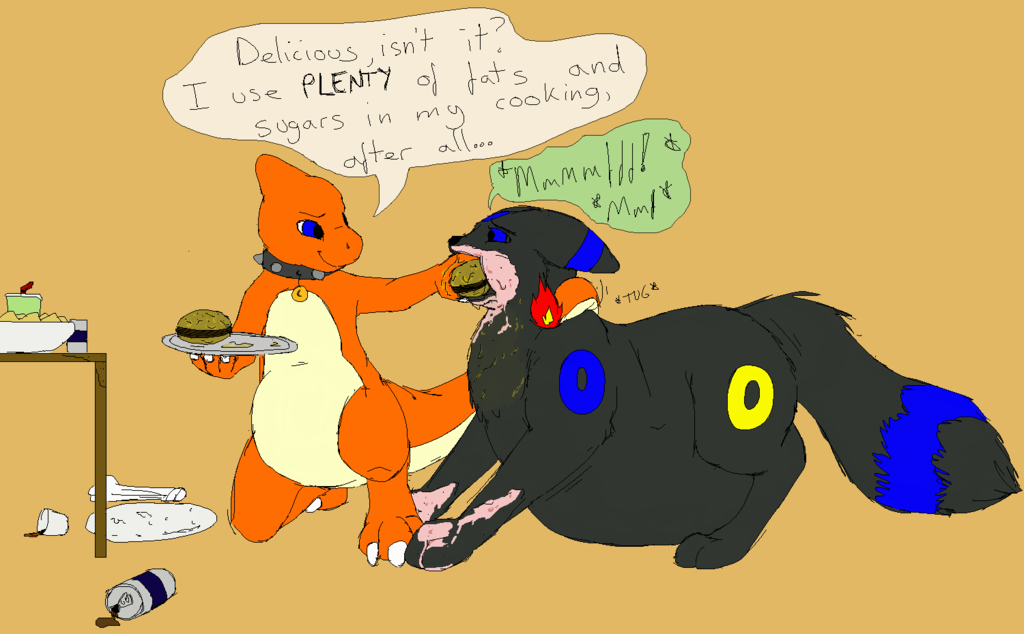 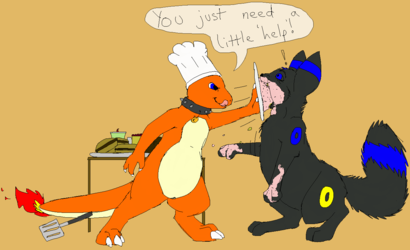 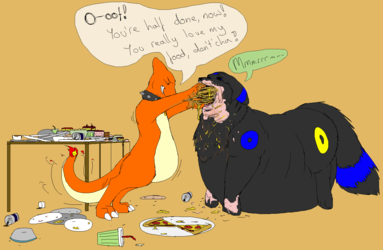 How to Properly Stuff an Umbreon: Part 5 - by IF

The dark-type elected to step slowly away, still not wanting to be rude to his host, yet...not exactly wanting any more food! But 'slowly' was simply a poor choice of speed, as the Charmelon's fiery tail had no trouble curling behind his neck, locking against it in a surprisingly-strong 'hook' preventing him from pulling away. And before another option of escape could be explored, the edible onslaught continued in earnest! Flame attempted to protest as Charem shoved one thing after another past his lips, but could hardly speak around the glut of food.

Strangely enough...even as his belly grew and sagged to the ground...the Umbreon couldn't ignore that the food was...almost tasting MORE delicious as it came and came...