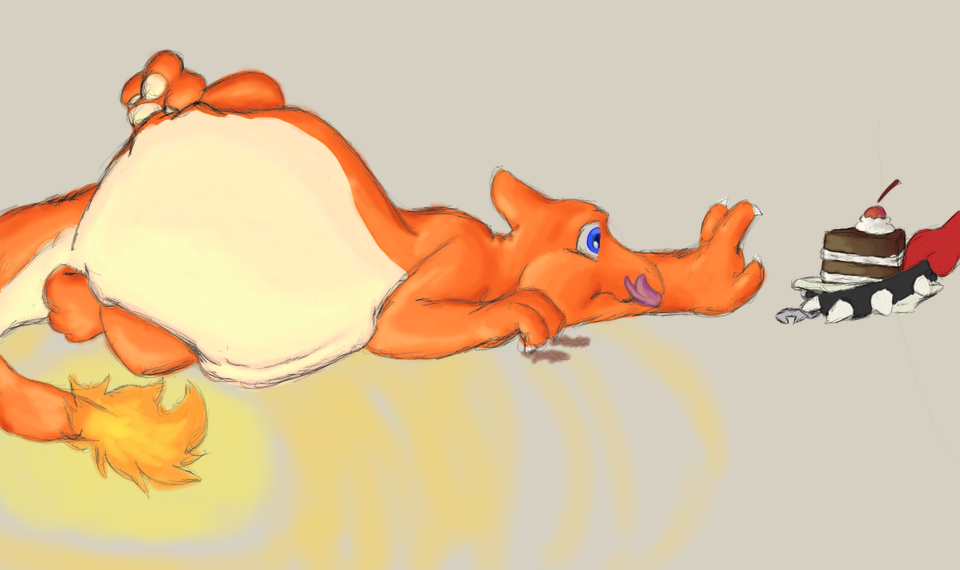 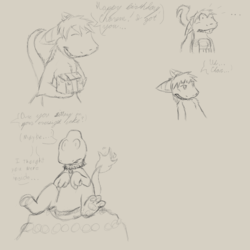 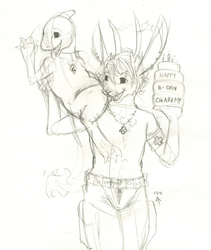 As a big, plump, healthy Char, I'm known for eating quite a lot of food in a serving. When it comes to birthday cakes, this applies as well - and especially well, since they're so tasty! I generally always eat my entire cakes single-handedly...though I do 'share' with others by sending them in after the dessert, if they so desire. <3

But nothing is more excruciating than eating a big cake, getting down to the last slice...and being too full of the delicious food to really move and grab the final piece! I'm certainly tryin' my best to drag that heavy, sagging, very-sugar-filled gut of mine over to that plate, but it keeps getting taken further away...! Seems a certain familiar fuzzy red igwulf paw is to blame for that...and it's got my collar hostage too! Ohhh, so mean! ;-;

This was drawn up by   emusal as my main birthday present...and perhaps it is sort of a sequel to the other present he gave me? ^^ Maybe the igwulf is exacting a little revenge on my failed attempt to vore him... Though honestly, he's only gonna make it more likely for himself to find a quick, slimy way down into my cake-stuffed belly once I reach him...! x3~ Grrrr!

Thanks very greatly for these two awesome gifts, ya lovable igwulf! ^^