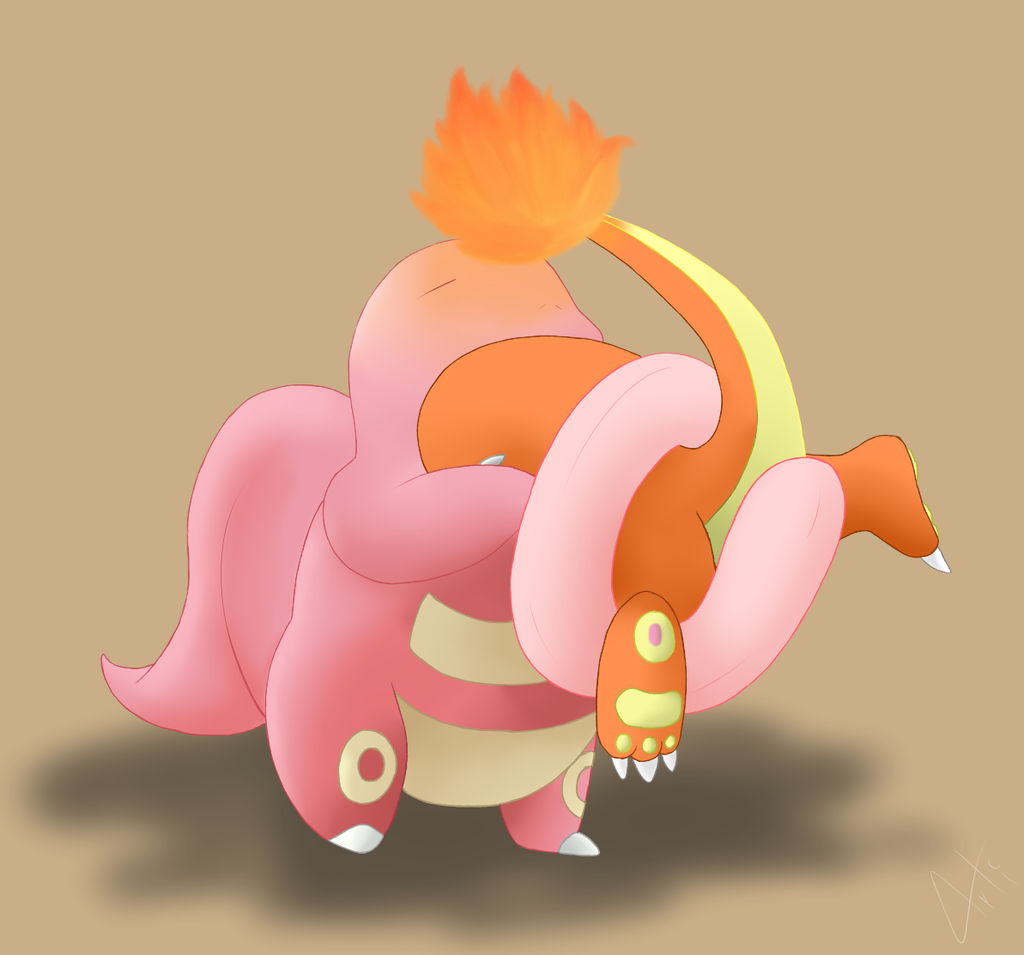 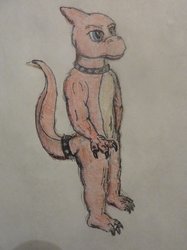 Lickitung Pokedex entry: "Whenever it sees something unfamiliar, it always licks the object because it memorizes things by texture and taste. It is somewhat put off by sour things."

Lickitungs are always fairly gluttonous creatures, their thick and fat bodies well-built for big meals. Not to mention, of course, their long tongues, which are quite sticky and good at capturing hard-to-reach things; oftentimes, like fruits hidden in the branches of tall trees, or occasionally the odd Rattata or other small creature that gets too near the Lickitung...which can happen quite easily, considering their tongues are upwards of six feet long...

But the Lickitung I encountered seemed a little bit more...gluttonous than most. I knew its tongue was effective at trapping prey, but at the same time, I had let down my guard. Maybe it was its soft-pink skin, or its slightly-derpy eyes... He just looked so harmless. Big mistake, of course...

The Lick attack hit me right between the eyes, his big slobbery tongue drooling across my face slowly. The paralysis set in immediately, and before I knew it, my barely-responding body was curled up in the maw-muscle's sticky embrace! Even for a Lickitung, his tongue was quite powerful, picking me up almost effortlessly and quicking beginning to deposit me in the creature's simple, but very large, mouth.

Lacking any teeth for chewing, a Lickitung knew the best way to chew its food was to...well, not chew at all! The pink terror's throat was agape as soon as my snout had poked past his lips, and I was soon shoved unceremoniously into the wide gullet! The muscles shuffled me downwards very quickly...apparently quite used to pulling down whole meals, and apparently quite used to meals my size as well!

Gulp...gulp...gulllrrkp-ulp. The Lickitung lazily swallowed now and then, a nearly-unnecessary effort; I was practically falling down his throat anyways! My squirms only opened his throat up more, and the muscles seemed to stay agape wherever I pushed them, as if they were memory foam...which, of course, only meant I fell faster with every movement I made!

Obviously, it wasn't long before I rested in the creature's surprisingly-spacious gut... There was so much space, in fact, that it almost seemed half of his innards were dedicated to stomach space. Heck, maybe they were, considering how much Lickitungs eat...

The creature let out a strange rumbling chirp from above - a sound of satisfaction, no doubt. Well, at least I tasted good. o..o;

This lovely picture was drawn up by   Arti4000! =3 He did this for me in return for my advertising the fact he is taking commissions! So...go check out his page and ask about 'em via a note. I think he's still taking a couple as of this writing, and he's quite cheap!

Anyways...I love the soft colors throughout this; it really makes it pleasant to look at. ^..^ I am curious though...why is there so little Lickitung vore out there? He seems like just the perfect candidate for it... Maybe it's how they look? I can see why people might not consider him sexy or anything, but he is TOTALLY derpy-cute. :P And pink. You can't go wrong with pink.