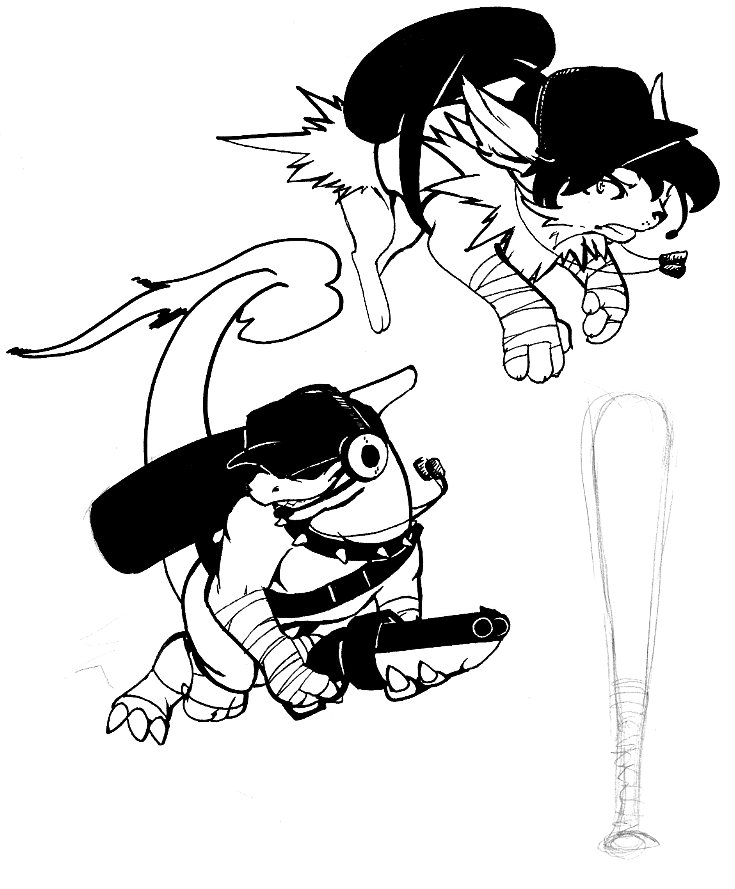 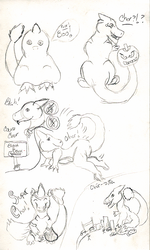 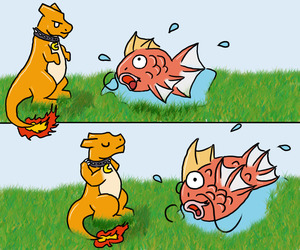 tderek99 is doing a Team Fortress 2-inspired comic called "Team FA", where a bunch of FA users form teams and try to crack open the skulls of the opposing team. =P To introduce everybody's characters, he's making bios for each class.

I'm the Scout for Red Team, and   Roco there is the Scout for Blue Team. I chose to be a scout because I like speed in an FPS; if I can maneuver faster than my foe, they often don't stand a chance! My main advantage is a quick four-legged run, which puts me low to the ground and below most shots fired; the problem is, priming a weapon takes a moment after I finish running. I can also run a bit slower on 3 legs, while having one forepaw still have a weapon held and ready to use.