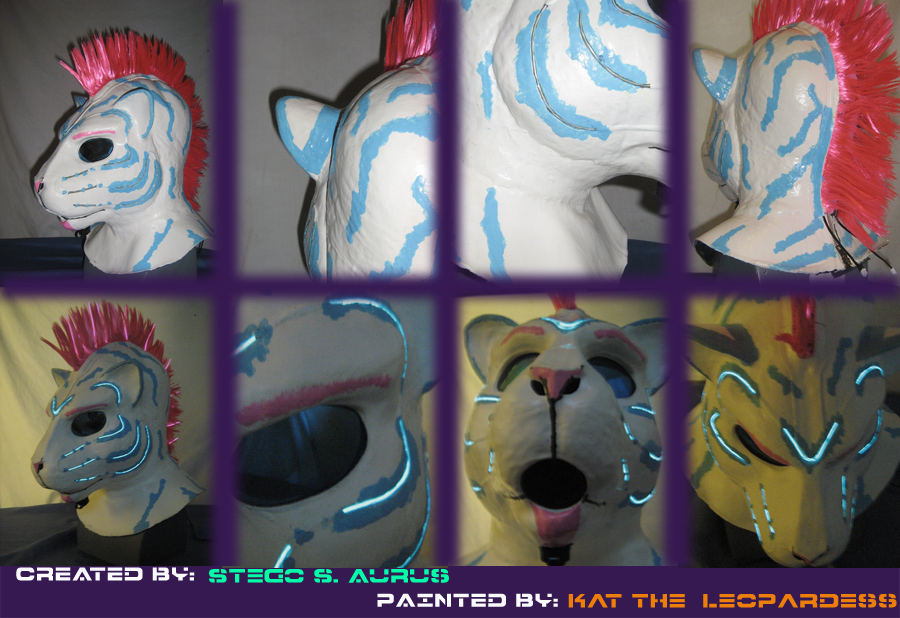 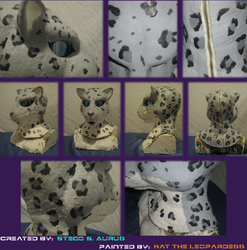 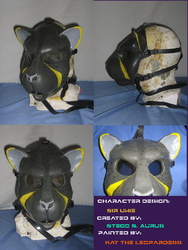 What a feat this was. Its like our first/previous EL Wire mask but 2x as bad, with the pink AND blue wire. With a bit of reference to the Zorse just before it, Stego worked the mohawk into a great plume, with the EL wire thrown in, and a side of Gorilla Snot (since I also have a mohawk IRL). I cant tell you how many nights stegosaurus was working late in the lab for this mask to get completed by Califur 2011.

Quietfire was quite the patient customer and watched in awe as his ideas (that he originally thought might be "too much to ask") were becoming reality. I got to do this one with the brush technique which gave a flatter texture everywhere I had a blue stripe. Unbeknownst to us, the paint turned out to be UV reactive (not shown here though) which just enhances the experience with Quietfire takes his costume out to Frolic