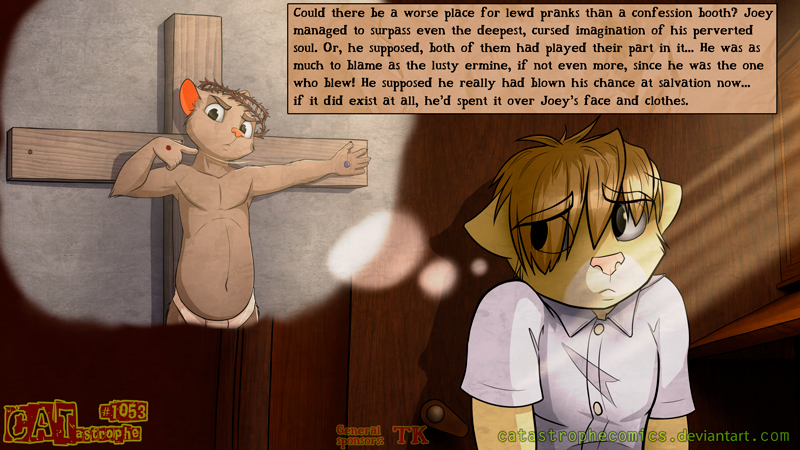 Update: Abusive or purely insulting comments will be deleted. We're trying our best to explore options going forward and understand reducing the content here is disappointing.

We're sad to announce that we've once again found a leak for our server exclusive content. The culprit has been banned from our server in its entirety and their details noted for automating the blacklist for our in-progress security filter on our new website PIXarmor.

As promised, this theft will constitute a change in our policy for new subscribers. As usual, this does NOT affect those who are already in the club. In particular, those whose subscription on our server is from July 2017 and back (or those whose accounts are paused due to Swaggerdile until we can offer a direct payment method).

For new supporters and those on the free art sites after this theft there will be changes:
The short version is:
1. As a sponsor, you now get access to the first 105 pages after your first payment at your subscriber-level resolution.
2. Each payment of $3, $5 or $10 a month there-after (depending on the resolution level of access) gets you the next 10-14 page portion of the comic, up to a month behind current releases.
3. If you stop paying for updates, your subscription pauses. But as soon as you renew your payments, you can continue from where you left off.
4. The later you become a sponsor, the more months behind the current releases you'll be (you always start at pages 1-105, then release 106-112, then release 113-121 and so on).
5. After some time (a year) trusted members will also be able to move to the up-to-date early subscriber time level for releases.

For more details:
Originally we planned to just close the club and stop accepting new sponsors to cut risk, since our trusted members, especially those who've been with us for two years, have been happy to invest in us without sharing content online. But we've come to a compromise.

To use a metaphor, our upload schedule can be seen as a train, the pages of each month's release in each "car".

Until recently most subscribers were in two or three train cars. Those up-to-date with their subscriptions were in the first car, getting every update as we produced them. Those who missed payments might get the previous month's content, so they'd be a "car" behind, until they paid the missing amount to step back into the current month's uploads.

Using this system we hope to make the comic more accessible to new customers while free pages from now on will be functioning as content previews on the free art sites to advertise the full content you could be getting if you subscribed. These will be pages of interest taken from that month's content, more than likely with narrative gaps (for example, next month's release we'll be picking 3-4 pages from this bunch to show here)

We will be removing our support threshold minimum entry level and instead inviting all new customers to step on at an earlier point in the comic: in an earlier train cart further from the newest-most content.

This helps us and you. For us, if a content thief returns he'd have to pay his way up through the train carts to get to content he hasn't already seen, the same deterrent we used before, but for new customers there will no longer be a wait for content, you'll see pages beyond the free story right from month one, for as little as $3 for low resolution access!

The starting point for the paid entry comic will be page 105 - just after the last of the linear releases on the free sites. For your first $3 you'll get the first 105 pages at the higher, paid-content resolution (1000px). Next month you'll get the next 8 pages from that month's paid release (pages 106-112) (about 10 pages a month is typical but it fuctuates with complexity from 6-16 pages!).

For more pages a month, we'll be selling each following month at the same cost letting customers move up the release schedule! So paying $6 a month will get you that month's content and the month after. This is an almost identical cost to our prior 'support threshold' fee, with $30 getting you low-resolution access up until July 2017's content, almost 100 pages (up to page 197) and $33 getting you all the way to this last month's free content! (page 206!).

The later you come, the more it will cost to catch up from page 100 as more months are between your "car" and the front of the release schedule! We'll only be posting non-sequential examples from other months on the free sites.

There will be one exception here, in the interest of keeping our pre-August supporters ahead for their generosity and continued support. The up-to-date "Car #1" for our service will be off-limits to new supporters until an amount of time has passed (to be determined at a later date) to ward against credit card scams and thefts. This delay will also increase over time, possibly every 100 pages (about every 6-7 months) for new members meaning another "front car" being off-limits.

To clarify:
Joining now for as little as $3 will get you all 105 pages so far, you will have the option to buy more monthly releases of the comic all the way up to receiving content a MONTH BEHIND our earlier supporters. At later dates you might be limited to two or three month's behind for joining later, or upgraded to our trusted/V.I.P update schedule for continued support.

As soon as you make your first payment you secure your potential closest-most "train car", so there's no rush to get to the front, you can pay for the content at a pace you are comfortable with, with $3 a month being around 12 pages and a delay in payment simply meaning you don't buy yourself any closer to the head of the back-dated uploads.

We'll ask our supporters for values that are multiples of different resolution payments! (We'll ask if your $15 is a $5 starter and $10 to move two more months closer, or if it's a $3 starter and four months forward!)

It's the same cost for everyone, how much you want to see in a month depends on your budget! You can pay in installments or at once up to your forward-most upload schedule (currently limited to a month delay, 'Car #2'), all at your discretion.

Anyone who pays over $15 for more than their first month will qualify for raffle prizes too, regardless of their upload schedule!

You can see a small info-graphic we made to explain visually in our FA scraps http://www.furaffinity.net/view/24620441/ or as always on our Patreon at https://www.patreon.com/catastrophe

This is our solution to three problems:

For everyone to bare in mind:
The changes effect anyone new to joining after July 2017 (that means those with their first payments pending currently)
The changes are NOT for anyone who are currently paid supporters, even those from Swaggerdile who are waiting on direct payment options.
Any further changes, as we test this method, will be informed prior to that month and will only effect new supporters, all those already in the system will be able to proceed.

Free art gallery pages will still be released but not sequentially, exciting or interesting pages will be chosen from that month's dozen or so pages and posted with notice that they are previews. Linear content will now only be available to paying supporters, from at rate of $3 for each dozen or so pages (depending on panels/complexity), the first payment gets you the first 105 pages of the comic for free and then pages 106-112 the next month, and so on!