My new Kobold! by casiphin 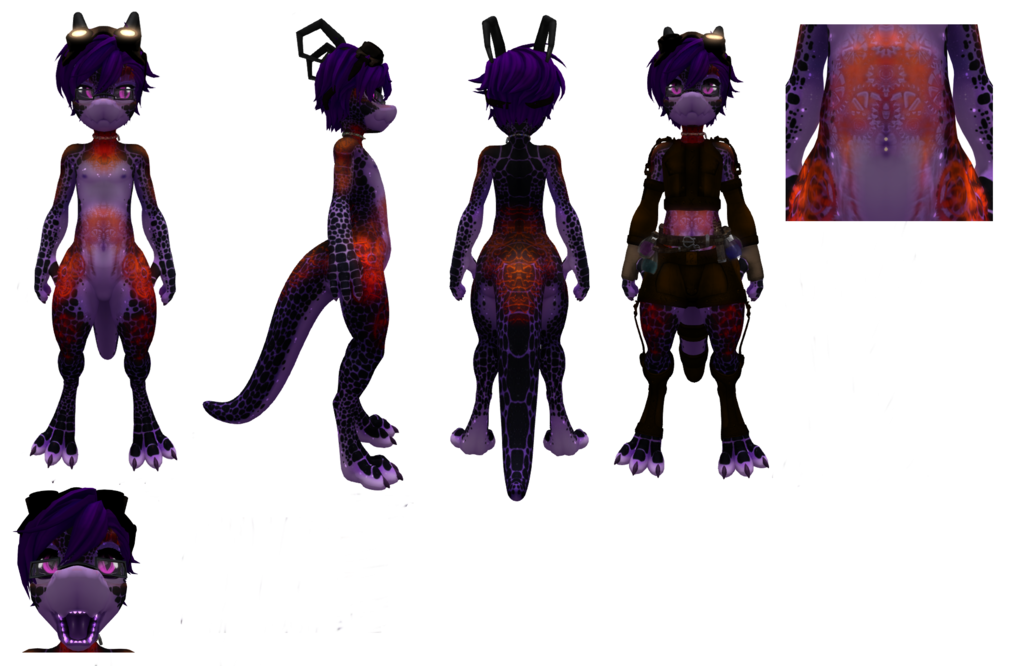 Folder:
My SL Kobold and other forms 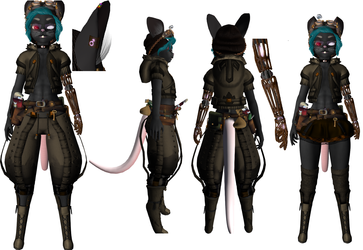 Shy, quiet, inquisitive and eager to please those they meet. They are also rather motherly to those they care about, wanting to take care of them and make sure they are happy and healthy. They are also incredibly loyal to anyone who takes the time to peel back their shyness and be friends with them. They can also be very physical with even their platonic friends, hugging and cuddling with them for warmth and to show affection towards them.

Personal History:
Casi comes from a small mountain warren of kobolds near the northern tip of the valley, when they were young they had an accident with a magical potion that the warren's dragon patron had in it's horde, increasing their intelligence greatly but also leaving them prone to wanderlust and exploring farther than most kobolds of their world would normally be. Their patron helped them channel this for a time by training them in alchemy and trapmaking but the small kobold's affliction for not staying in one place and there ability to learn outpaced the dragon's ability to teach. They left the warren and managed to make there way to many different places before falling out of their world into the multiverse as a whole.

Relatives/Family:
Casi's warren and their clan's patron are there closest family, but they haven't been back home in many years and they are much older then they might seem at first as there race of kobolds grow quickly from hatching but also live nearly as long as the dragons they are prone to serve

World/Setting:
Casi comes from a world that is nearly equivalent to a standard fantasy setting, but has some important differences such as the world they is from is mostly a mist covered desert where a long mountain range makes a large valley that houses the only known habitable land. The land is also not home to any human races, but instead has furry equivalents to the standard fantasy races. In the middle of this land is a large lake that is the source of all the water in the valley. The lake is also surrounded by the largest city in the valley and the city and most of the surrounding countryside are ruled by a cabal of dragons. In this world magic is also relatively rare and dangerous to use for anyone not of dragon decent. The world uses steam power and clockwork to run most of the world's inventions and alchemy is a much safer alternative to magic for non-dragons. This alchemy is mostly based on potions and creating items that have magic like effects, not the grand transmutations like in other worlds, but they have things like alchemy powered clockwork trains and airships, but their airships are not capable of flying over the mountains and into the desert and it is highly unlikely that anyone will try to as the mist has strange effects on living creatures except the very few native residents of it.

Notes about his species:
Kobolds of their world are very industrious, working in very closely knit clans for the patron of it. Usually this patron is a dragon but there are clans that have been known to serve other powerful creatures. Given this, they are innately subservient to other creatures. They are also able to eat mostly anything, being omnivorous their diet usually consists of whatever meat the clan hunts, rocks, plants, bugs or anything else really, they also don't have much of a gag reflex and can take things much larger that would be thought into their mouths. They spend a majority of their time underground and no matter the position of the kobold in the clan they all know how to mine with a surprising efficiency. They also only have two names, one is a personal name the other is there profession name, their personal name is given to them by a Namegiver, one of the leaders of the clan, they also start learning their profession and working towards earning that from a very young age.

Fine light Purple scales over most of their body and Darker purple larger scales over their back, sides and head, their scales have copper gears and lines embedded into there scales, the gears very slowly, almost imperceptibly, move. Though it is noticeable if one traces over them and their body has a soft coppery sheen to it and when they blushe it grows a deeper copper colour. Their body generally has a sweet and slightly spicy taste and smell to it and not a salty one like mammalian skin. In their mouth there are teeth that look like they are a very hard purple crystal, coloured almost like amethyst. Their teeth glow lightly and look hard enough to eat most things they puts into there mouth. There tongue is a dark blueish-purple as is the rest of there flesh beneath his scales and wherever it pushes through. Their eyes are wide and large, the irises are a bright purple with a glow to them. Their sclera and pupil are black in colour. Their body has lighter purpley pink spots trimming the lighter purple scales of there under belly and tail that glow lightly. They also have a pair of slightly shiny, black horns that curl in sharp angles over their head. Their body is noticeably colder than a mammals, being cool blooded, not cold blooded entirely but they lose heat faster than a warm blooded mammal and has a lower normal body temperature. When they get too cold they gets very sleepy and will curl up on or near the warmest thing, sleeping in a near comatose state until their body heat recovers to safe levels. Their tail is also somewhat prehensile as they are able to control where it goes and what it does with thought, but when not thinking about it, their tail will do it's own thing.

Clothing:
A pair of leather shorts, a leather crop-top, and a belt that carries some potions as well as other tools and items for their alchemist profession. The potions on it slowly change colour, cycling though a rainbow of different colours. They also have a pair of leather bracers on most of the time as well as leather ankle protectors and a leather tail protector. Around their neck wears a leather collar that has a liquid light in it that changes colour as it rotates around behind a brass and steel grated cage, the collar has a lock on it and five brass rings on it, one is on the front of the collar and on the sides of the collar so that things can be attached to it while the last two rings are on the back of the collar where it closes. Those two rings have a steel lock threaded through them, preventing the collar from being removed. The lock does not have a keyhole or any other way, seemingly, to open it. Right now, on the top of their head are there goggles that he uses in brightly lit areas to protect his sensitive eyes as he doesn't see well in bright light. In their belly button they have a brass dumb-bar piercing. They also wear a pair of black rimmed glasses when they don't need to use their goggles.

Accessories they always wear:
Their collar, their goggles, their glasses and without their goggles or glasses they are nearly blind, only able to make out vague shapes and colours so them taking them off around someone means they feels completely safe with that person, a belly piercing, Arm and Leg wraps they wears even when undressed to keep their body heat from escaping too fast and a brass ring on their horns with a pink gem that has a magic circle on it.

My Kobold, Made in secondlife out of the ONA Snaggletooth Kobold and various skins, Plus some custom stuff