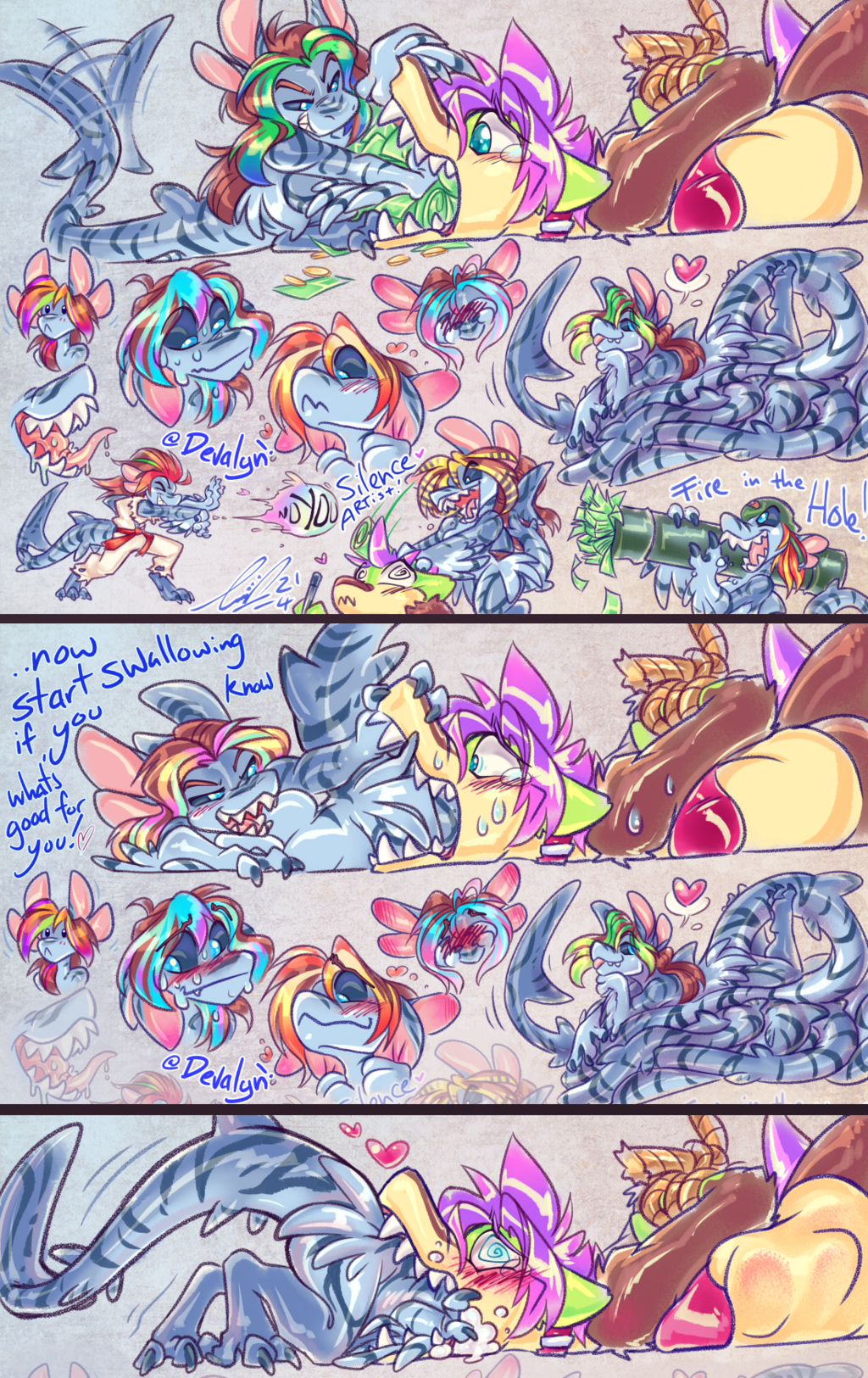 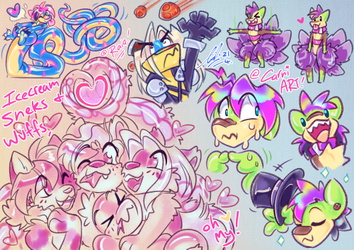 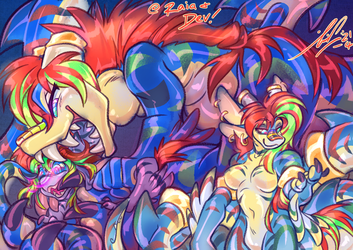 Carni: Day 2 we are BESIGED by the massive generosity of Lyndane (and the Mega-order they placed at the very tail-end of Day1)

Ry: You aren't kidding , it's all of these stickers, the multiple various and their half of the entire awesome fusion on the next page, Devalynn is amazing!!

Carni: So a butt tonne of sticker-themes, alt-versions, an endless supply of Taaaail & ALL THE HAIR-COLOUR-changes later~ managed to work off that one order over most of the day!

Ry: Gosh yes those hair colours are fantastic. With access to everything why stick one colour when you could have them all?? Obvious bias is obvious But yes, the stripes on their tail work really well for highlighting just much tail they are resting upon at the right there.

And your poor gullet, now bank, they are having much too much fun storing all their loot in there for later XP (They count as treasure themselves for the alt version XD)

Ry: It's a really cool design aren't they. All the awesome of a shark, but cool feathery bits and many ears to enjoy nodsnods