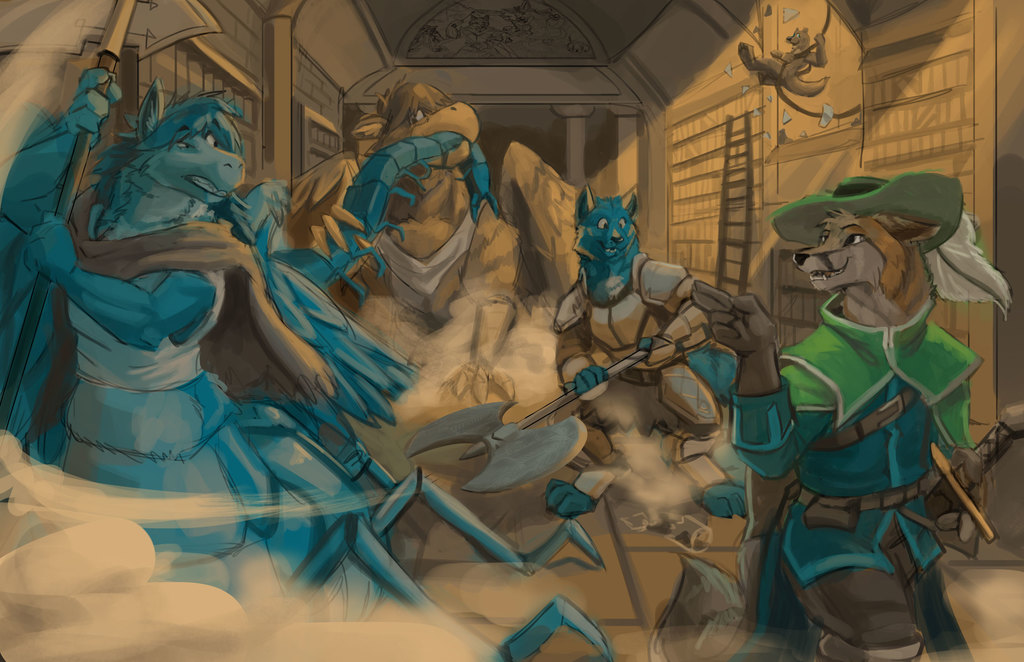 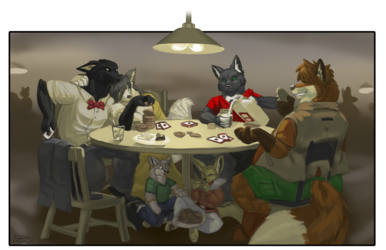 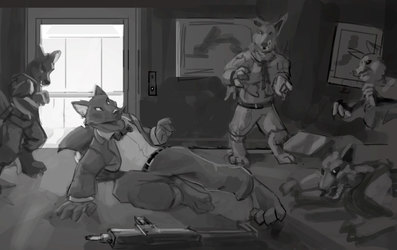 Neat little scene I drew up as a raffle prize. The way it worked was that 1 person won the raffle for being a hero, and they'd get to bring along 3-4 party members along to battle. Another person won the "villain" role, so they could be a monster, choose a monster or be an antagonist.

So with that, Featherfall won the heroic party leader, and Kenku got the villain.

The main idea for this would very much rely on who ever the villain was. Kenku deals alot with transformative potions. So I wanted to change the heroes all into something different. Initial ideas were pretty similiar in layout to this, but getting the idea that birds eat centipedes really changed the picture's dynamics.

Selden's just silly and I needed something to fill that upper corner, so he got to swing in like Indiana Jones.