A Meeting in Coruscant by BronzeHeart92

Coruscant. That very name brought fond memories to Rez Mapothera as his ship descended to the city-planet's surface. Originally born on Batuu, Rez spend a lot of his years as a youngling there due to his father moving their fledgling business to Coruscant. Which fit Rez just fine since Coruscant was known throughout the galaxy for it's cosmopolitan character. Sadly, he and his family was forced to flee back to Batuu due to the First Order making his father Sadek a target due to his former Rebel Alliance background. This convinced Rez to fight for the good cause and after a certain mishap widely known to involve wayward transport ship, a Star Destroyer and failed attempts to extract information about a secret Resistance base courtesy of Kylo Ren, he didn't let it deter him one bit. After the First Order fell, he was awarded for his services as an agent and was paid handsomely for his efforts. After Rez landed the craft and paid the requisite fees, he began to enter his newly brought apartment.

Rez turned to the source of the voice and noticed a familiar face standing in front of the door to an apartment next to his. Of all the billions of building Coruscant has, his apartment just had to be next to one owned by Taliesin Crowe who used to be one of Rez's many schoolmates. Although always at top of his class, he didn't have many friends growing up.

'Yes, that would be me, Tal. In the flesh!' Rez replied back.

'This is so unreal. Thank the Force I guess? Would you mind coming over for tea?' Taliesin offered.

'Might as well. I'll never miss the opportunities to meet familiar faces after all.'

Like Rez's, Taliesin's apartment also provided excellent views of all of the buildings the composed Coruscant's surface, complete with the setting sun casting a faint glow on the city-planet. After making his choice of tea, Rez sat down on a chair with Taliesin sitting on the one on the opposite side of the table.

'So, what brings you here of all places, Rez?' Taliesin asked.

'That's quite a long story. It all started when I was but a wee lad and full of dreams. My family originally hailed from Batuu. You could say we were nothing but total nobodies until the day my Pop decided to strike it rich somehow. As he was quite skilled with his hands, he decided to become a tailor. The first shop he opened on Batuu was not much to write home about. But thanks to decent word of mouth, customers soon started to visit in droves. A few years then passed and deciding to expand his horizons, pop decided to apply for Coruscant Business Improvement Plan. As the luck would have, the application was accepted and after picking an apartment for rent under the Plan, he took his entire family including me there. I have never known any other world besides Batuu at the time. And thus moving to that world was quite the magical experience.'

'Yeah, I can very well imagine it left quite an impression on your young mind. What happened during your stay there?

'It was quite boring honestly. Studying at school and after that helping my Pop at the store. At least I was fortunate to have met you, one of the only kids to even remotely pay any attention to me. It was you who crafted that Lightsaber, remember?'

Taliesin made a little nod at that statement.

'In any case, at some point Pop came across a rather surprising client, none other than the Resistance. Business was already hard due to the First Order imposing all sorts of rules and regulations on enterprises even though Coruscant itself was still nominally under the Republic's control. He was a former intelligence analyst for the Rebel Alliance, you see, a fact that took me completely by surprise. At first, he tried to make business with them like normal, making whatever clothing their operatives asked him to do. Eventually his skill made him noticed amongs the Resistance's upper echelons and officially made Sadek's Finest Garments a contractor for making fatigues and other important equipment the Resistance needed to function. Even though this 'side hustle' as Pop liked to call it didn't make much compared to normal sales, he nonetheless felt it was important to support them all the way to the end if he has to. And support them he did until he was forced to flee.

'Flee? Did the Order catch on?' Taliesin asked.

'Sadly, they did. The First Order couldn't tolerate anything even remotely supporting the Resistance, especially if the ones doing the deed was a Rebel Alliance veteran to begin. And so they send soldiers to demolish the place and execute everyone involved. Luckily, Pop already anticipated the possibility and had a shuttle stashed nearby. Using it, he was able to deliver us back to Batuu safely. Once we arrived, it was clear that we couldn't afford to be in open any longer and thus had to hide. Luckily the First Order made only token visits and patrols there at the time and so we decided to basically return to 'being nobodies' as it were, using anonymity as our cover. Everyone except me that is. My eyes were opened and it was clear to me that First Order had to go like the Empire did before it. After managing to contact a Resistance informant called Vi Moradi, I was given an invite to join their cause. Saying goodbye to my family for what I thought was the final time, I alongside several other hopefuls boarded this Transport Ship parked in an out of way cove, captained by the Mon Calamari Lieutenant Bek.'

'I can already see where this is going. The Miracle of Resistance, am I right?

That would be correct. Anyways, we were supposed to meet up with Leia and presumably other important people of the Resistance stationed in a secret hideout. Unfortunately, the ship was captured en route by a Star Destroyed. And lemme tell ya, even though I've seen plenty of pictures of them, seeing one live almost caused me a heart attack. Despite Bek futilely pleading that the Transport Ship was only a civilian vessel, the Star Destroyer in the end pulled the ship via a tractor beam to the hangar and presumably to our doom. Escorted by a First Order officer, we were stuffed inside this holding cell, dimly lit and only a Stormtrooper visible in the balcony above. And then both General Hux and Kylo Ren walked in as well. We could feel the Force as Kylo attempted to begin extraction of the information about the secret base from our minds. Luckily, they had other business to attend to and thus left us alone for the time being. Then, a wall was blasted away and to our surprise, it seems that several Resistance personnel managed to sneak aboard to rescue us. The operative had us seated to a Prisoner Transport manned by a droid. This droid in turn was supposed to lead us to the emergency escape pod and in turn back to Batuu without anyone noticing.'

'According to reports, you had plenty of mishaps back there.'

'I think 'mishap' is an understatement there. For some reason, everyone failed to account for the couple of stormtroopers stationed near the doors leading to the pods and leading to our discovery. A wild ride ensued, including a detour to the AT-AT hangar, the bridge and the ensuing pursuit by Kylo Ren, an elevator with Kylo attempting to break in with his lightsaber, the main turrets and finally Kylo himself attempting to extract the information right then and there, only to be thwarted thanks to the hole behind him sucking him outside. During all this, I honestly wondered if it was all a bad luck or did someone manage override the droid's directive. In any case, we managed to reach the escape pod in time which took us back to Batuu safe and sound.'

'Clearly the Force was in your favor that day. Even though nobody likely was sensitive to begin with. Oh dear, it looks like it's getting a little late. Do you mind finishing this story of yours tomorrow or something?'

'Hey it's ok, I was just about to wrap it up anyway. So after we landed to Batuu, the word of our deed quickly spread throughout the Resistance and we managed to secure positions after all. Seeing as I'm not a direct combatant but still wanting to contribute in some way, I decided to become an intelligence analyst, the same position my Pop held in the Alliance. It was my job to carefully analyze the movement of First Order craft and personnel and relay this info forward to the the Resistance command. It was surprisingly a low-stress job despite the important nature of it all. Eventually the First Order was vanquished once and for all and everyone could afford to celebrate once more. I too was rewarded handsomely and sensing an opportunity, I decided to carry on my Pop's legacy and start selling clothes in Coruscant once more. And this is where you came in, Tal. I'm so grateful for this opportunity to relay my story like this.'

'Glad to hear. Say, I was just thinking about visiting your store tomorrow. Could it be possible for you to provide a discount for your old friend?' Taliesin asked in a pleading tone.

'Sorry, you'll have to pay the same price like everybody else. Thanks for the offer though. I'll now have to retreat to my apartment if you don't mind. Til the Spire, Master Crowe.'

After finishing the tea (that was already becoming a little cold), Rez thanked Taliesin Crowe once more and made strides towards his apartment, awaiting to lay down on his soft bed at last. 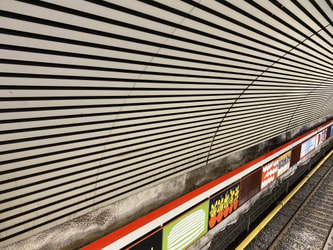 A Meeting in Coruscant

Rez Mapothera came to Coruscant in order to carry out his Pop's legacy. Before he could enter his apartment however, a chance meeting with a familiar face occurs.