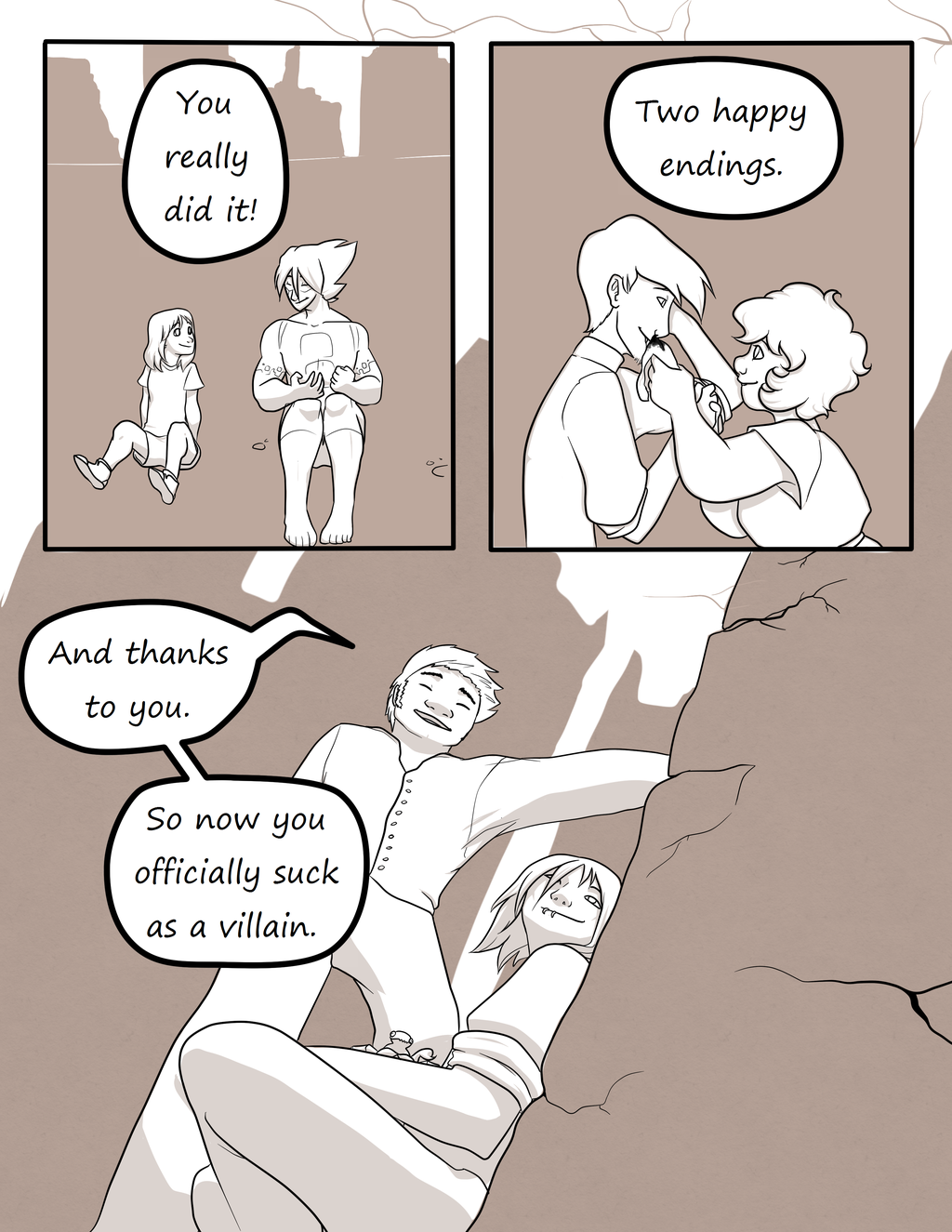 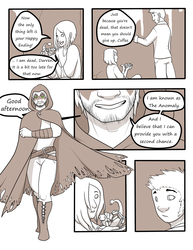 My audition round for Bishoujo Senshi OCT, a Sailor Moon-themed Original Character Tournament on DeviantArt.
By the time I upload this, there's still time to join, by the way. We could use more contestants! :3

I wanted to connect this to Tumblr Rumblr, from whence Coffee comes... so I'm heavily referencing that OCT on this page. Don't worry, there'll be less of those in the future.

First panel: Sam and Data
You can read their entries here.

Third panel: Darren and Simon
Here's more stuff of them.

This page is a direct continuation of this and this.

Just in case you want the full context, but you don't need it. All you gotta know is that Coffee formerly possessed and haunted the girl on the far right (which is why they resemble each other so much in human form). But now she has left the body and sacrificed herself helping the people in the upper panels.
The men in the lower panel are kind of omnipotent-ish changeling/fae people who had former run-ins with Coffee already. By now, they are kinda sorta friends. All of them are currently in a decaying dimension which is slowly breaking apart.

If you're interested in WIPs and stuff, I uploaded a lot of those here. Along with the whole storyboard so you can see the silliness that is my doodles.

I was inspired to join by my good friend Will, and you should totally check out his OC and audition comic, too!

Small warning: I will have to put some pages on a different rating level because there will be one or two pages with nudity featured.