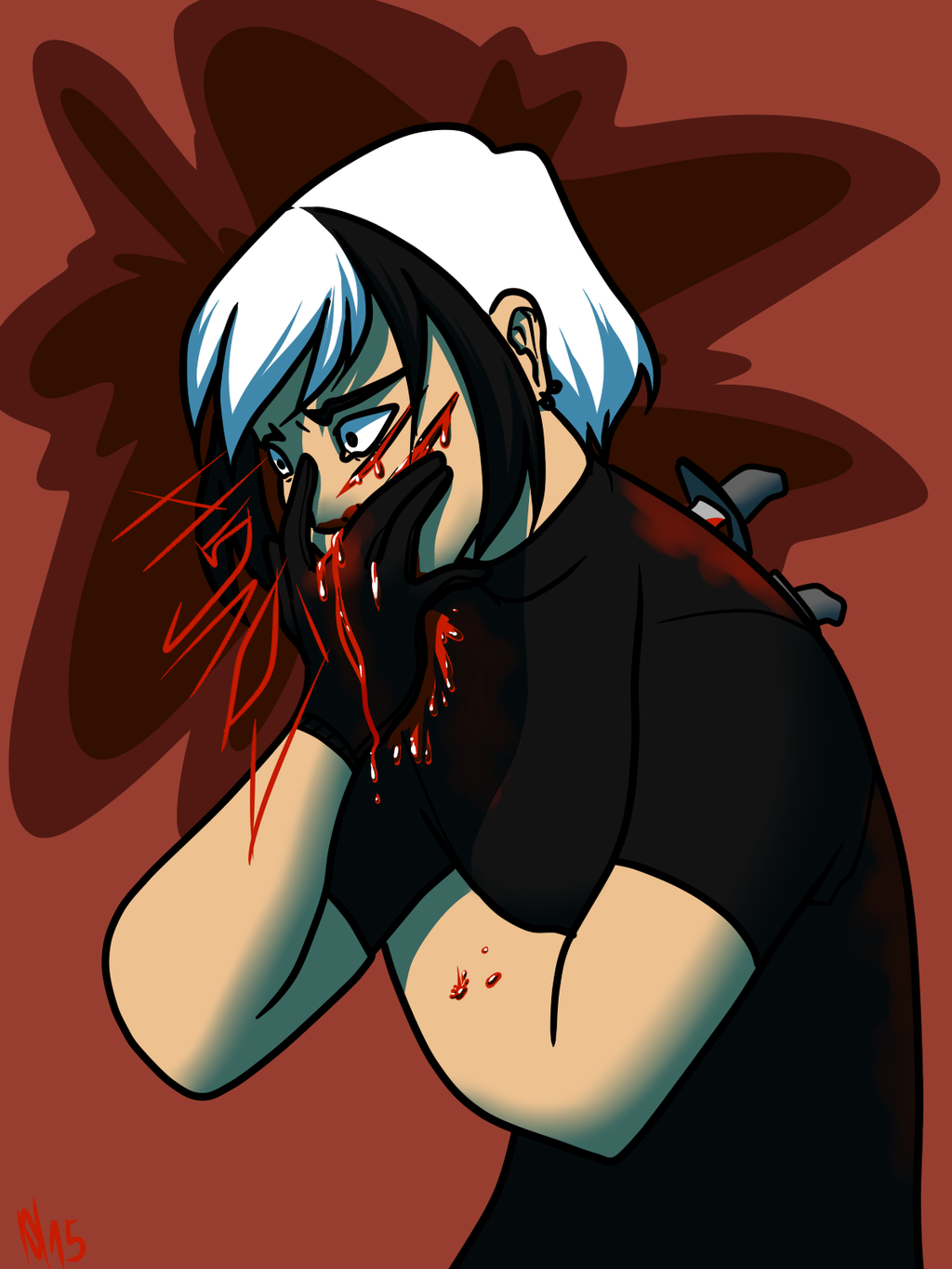 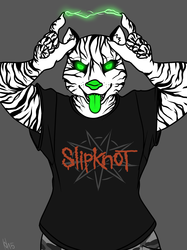 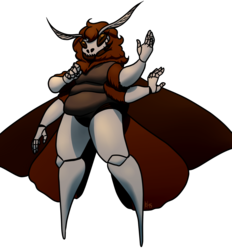 A commission ParzifalsJudgment won by donating to the cause I was raising funds for at the time!
I did a weekly raffle among the people who donated at least 1 USD that respective week. Since that week only two people donated, but both were so nice and threw a good amount into the pot, I decided to give both of them a prize that time around. I might give out more than one prize more often in the future, depending on how much I can collect with the donations!

Anyway, this is his character Zizi. He wanted him to bleed, so I obliged. uvu