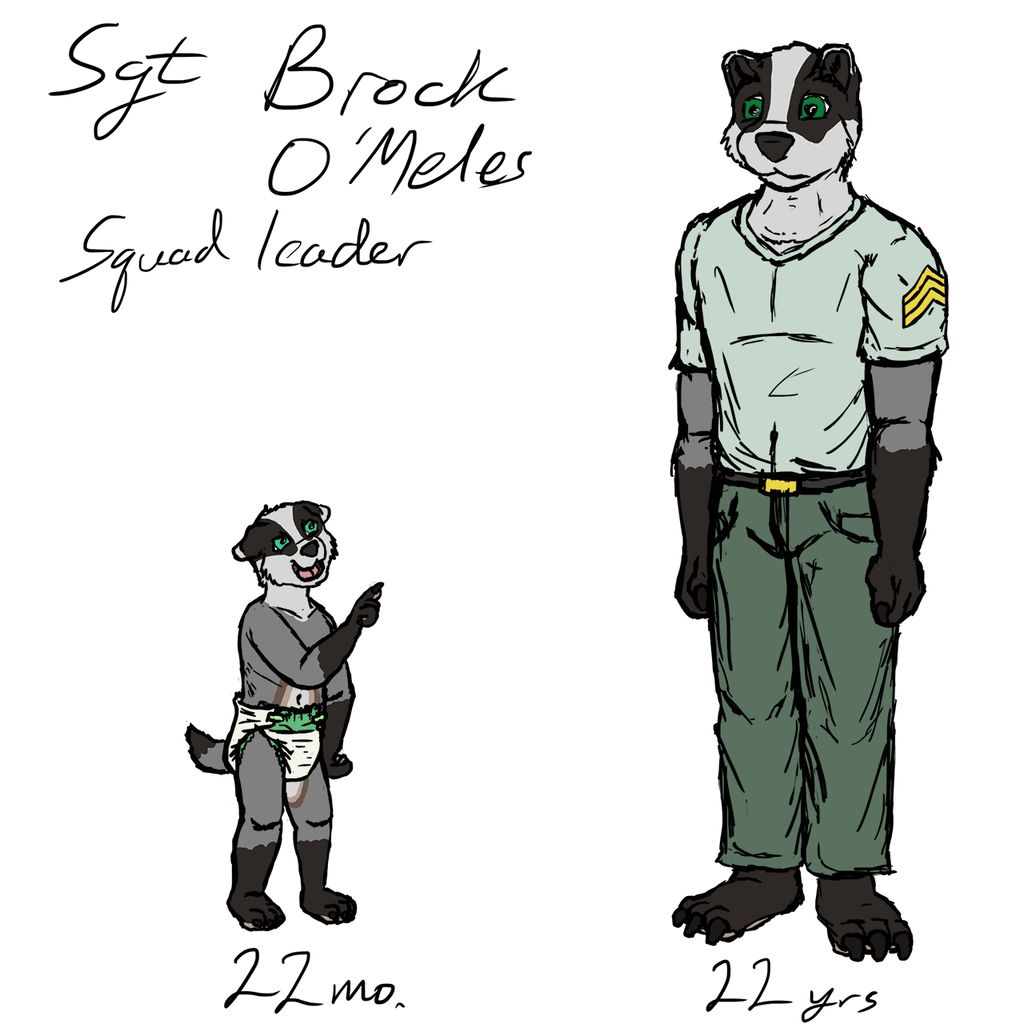 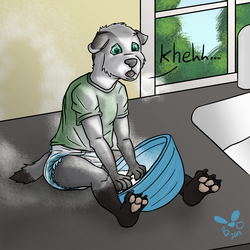 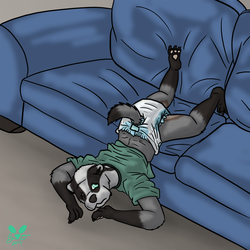 By now, most of you should know Brock pretty well, but here's a little background that may not be apparent unless you've read my story.

Sgt. O'Meles joined the army on his 17th birthday, desperate to get out of the foster system. He had lost his family in a car accident the previous year and did not adapt well to the system. He showed exceptional promise very early on and was tagged for the Tunnel Rats fresh out of basic training. His independence and willingness to do what was necessary before it being asked of him made him a rising star, and his immense physical strength made him a force to be reckoned with.

Cpl. Aster, seeing the potential in the young badger, took him under his wing almost immediately and the two rapidly became inseparable friends. Brock received each promotion on the battlefield under meritorious circumstances and was of an equal rank with Aster within 3 years, even as the hare turned down several promotions himself. With the previous squad leader retired, the position was initially offered to Cpl Aster, but he turned it down saying that Brock was a much better fit for command and that he would be glad to serve under him.

Under Sgt. O'meles the squad became the most effective combat unit in the division, suffering zero casualties and always successfully completing their assignments. However, things took a turn for the worse when the previous lieutenant was promoted out and replaced by Lt. Daniel Edelman. Brock and Edelman did not get along, and in fact despised each other. While the squad remained effective due to Edelman's hands off approach to command, tensions mounted until finally Edelman had the squad assigned to the research division at Camp Everglades, prompting Brock to consider retirement.

At Everglades, he remained an exceptional soldier, proving to have a very high resistance to the FOY and even maintaining his adult mental status once he succumbed to the effects. This allowed the scientists to dramatically improve their understanding of the physical processes of the FOY as no one else was ever to really discuss the effects while under it's influence.