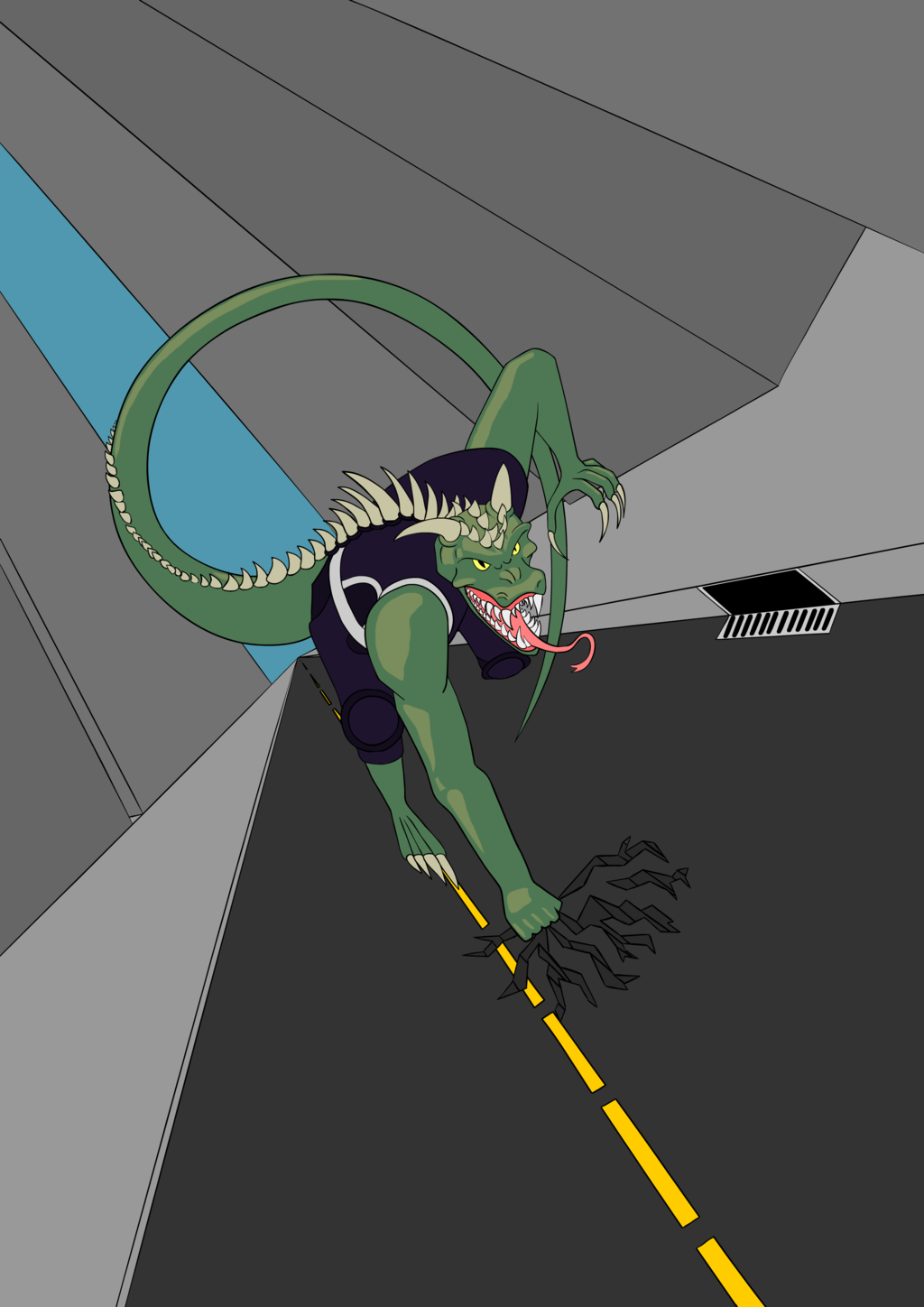 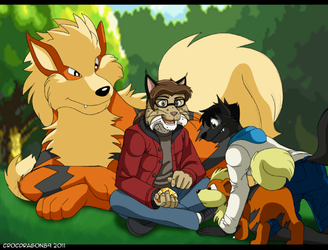 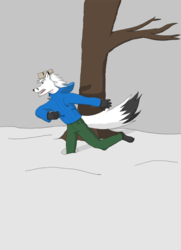 This was a bit of a highly experimental piece for me. Experimental in many means actually. First, it was meant to get me really back into drawing. Second, it was my first attempt at Illustrator as an inking program. third, it was my first time using Flash as a cleanup and coloring tool.

But most of all, it was my attempt to capture something in Modern, iron Age Comic style.

Sadly I don't think I'll finish it. The highest challenge to me is Shadows and shading, and I don't see myself finishing this due to the high degree of shadows it will require. I'm proud of what I have done, but It'll probably forever go unfinished.

Bit of Background: This guy's name is David Mitchell, but better known by his code name: Serpent. He's my character in a Mutants and masterminds Campaign, based a bit on Anole and The Lizard from Marvel comics. He's a good guy, and Acts as the team Leader for Chimera, the super group he's in, when Harpy is absent or questioning tactics.

I'd like to finish this, but don't think I will. Still, I will gladly take critique and suggestions on improving further the comic style, utilizing vector inking, and for the love of gods SHADING.Seriously, I understand the concept, but Shadows just... baffle me in prospect. So yeah, Please critique and help!

Note: There is an "Inked Only" version too, which I am somewhat more proud of. It's located on my Inkbunny Gallery (Same name as here, Border Walker) for those interested.