Kaska and the Rotstag (Short story) by BooneDog (critique requested) 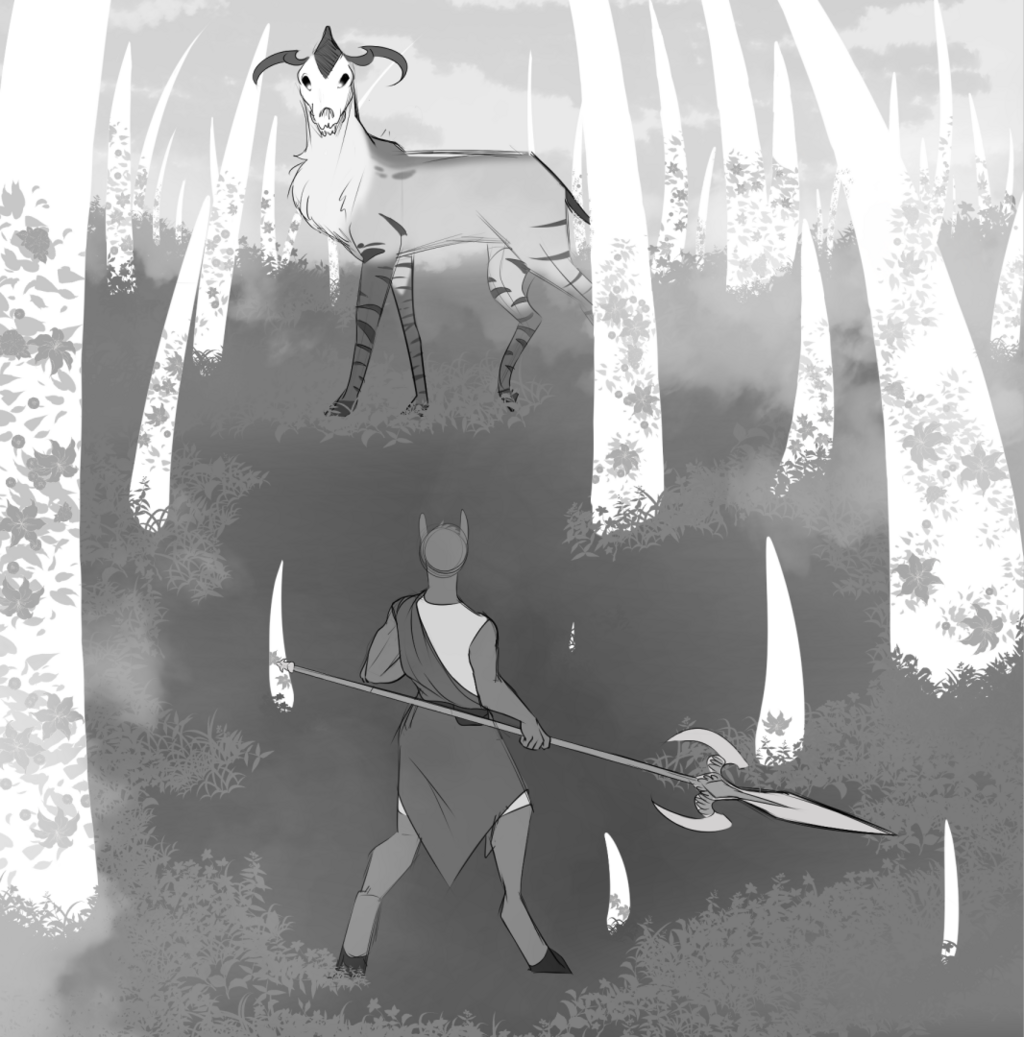 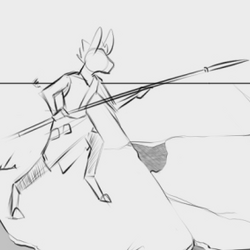 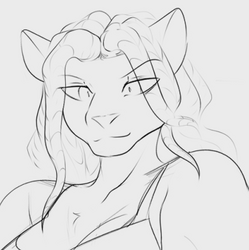 “My precious Nati, I don’t know why it is you’ve decided that the nighttime isn’t for sleep, but now I have new sympathy for my own mother and all the nights I kept her up with my mischief. I imagine she’ll be smirking at me in the morning even as she serves me dark tea and teases my yawning. Yes, you laugh now, but wait until you’re a mother, then it will be my turn to tease, I swear it.

“The moon hangs fat outside the window, it’s light bringing with it the smell of woodsmoke and wet plants. Zakan is out there patrolling the wall tonight. Should I feel bad that your daddy will have a worse night then I? Hoof-sore and squinting in that way he does when he’s trying to look contemplative.

“You know, when I was your age and my momma talked to me at night, I eventually went to sleep. I suppose stubbornness runs in the family, hm? Then perhaps a story...let me think...

“I will tell you one of the legends that my mother told me: The Great Forest, you see, is very old and we may never truly know just what creatures roam the hidden trails and hallowed groves. Some of these creatures are benign, and some of these creatures are malicious, but most of them fall in between these two extremes. Like us, they are neither wholly good nor wholly evil, and only seek to live their lives in peace.

“Counted among these creatures, Nati, there are powerful beings that walk the woods. We call them ‘spirits’ or ‘gods’, but that is just because we know so very little about them. Some are simple and defenseless, like the hidden nymphs in their groves, or the fairies that dance in the canopy. There are others that are utterly unknowable, creatures that tickle our minds just by being near and whose magic infuses our bodies with it’s strange energy. Creatures who see us as alien as we see them. Of these, the Rotstag is one of the most powerful and all other spirits we know of take heed of it.

“Even your grandmother, wise as she is, knows little of the Rotstag. She told me that she had once glimpsed it through the trees a far ways off, slowly stalking along a trail before it noticed her. She said it felt like a dream, ethereal with a warm breeze that flowed and ebbed around her like a calm breath while the great trees that stood around her had faded away to be replaced with massive bleached bones entangled in beautiful flowers. The creature never ran, yet when your grandmother went to approach it she saw that it had vanished, and with it went the mystical vision so that she once again stood in the forest alone.

“According to the stories, as long as the Forest has lived, there has been a Rotstag. It roams the woods seemingly without purpose, and where it steps life grows, and life fades. Like the Great Forest, it takes no heed to this for that is simply the way of things but do not think it cruel, child, for a being so old we must seem like fleeting insects to it. Erratic, brief, and soon forgotten. It means no harm, yet it must never be approached. Something that old, that powerful, is also quite dangerous even without meaning to be. Many stories tell of those who hunted the Stag and have never returned to Lambardi to tell the tale.

“Sometimes, Nati, I wonder what it would be like to meet a creature such as that. The secrets such a being could tell if we could but hear it’s wisdom. Before, I would have considered going to hunt the Stag myself, even just to catch a glimpse of it like your grandmother did, but that was before you came.

“Rest now, sweet Nati, and dream of jasmine flowers clinging to white trees. I promise that I will be right here when you wake. “