i uhh usually doodle once and a while, i guess. nothing too big or anything like that. as for personal info, it's right there by my avatar.
i'm also horribly socially awkward, so forgive me if conversations with me turn awkward pretty quickly. 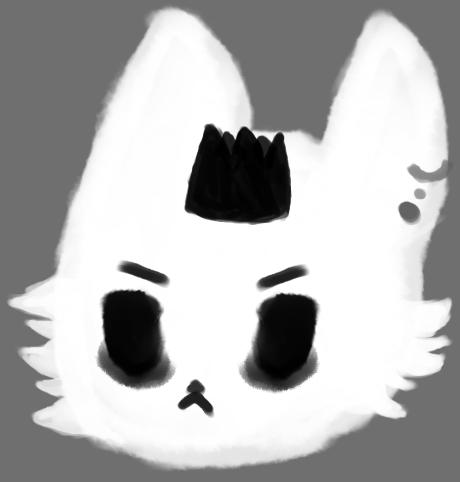 So... My friend suggested I make something more out of insomnicats, so I guess I will.

Long story short, the idea behind Insomnicats is a simple one. The King (my own insomnicat) has horrid insomnia, and because of this, he has outlawed sleeping in his kingdom, which has created a lot of insomnicats!

Basically I will be drawing and even offering cheap (like.. 1, maybe 2 dollar) adopts for insomnicats. You do not NEED to make your cat an insomnicat if you do end up buying an adopt (which should be coming out really soon).

And if they get popular enough, I will even do requests once and a while for free!

If you like the idea, feel free to make your own, while yes, the insomnicat idea DOES belong to me, I'm not making this closed or anything like that. Cats are cats, period, and I claim no ownership of the species since they aren't really a species, they're just cats who don't get any sleep! If you do end up making an insomnicat based on this idea, I'd like it if you linked back to my page at least, or even this journal. Hell, even a mention would be nice, but not required. Thank you for giving this a read and if you like the idea, have fun with it!

Once I am finished with a few things, I'll be making a journal with a form for customs, which will be $3 each!