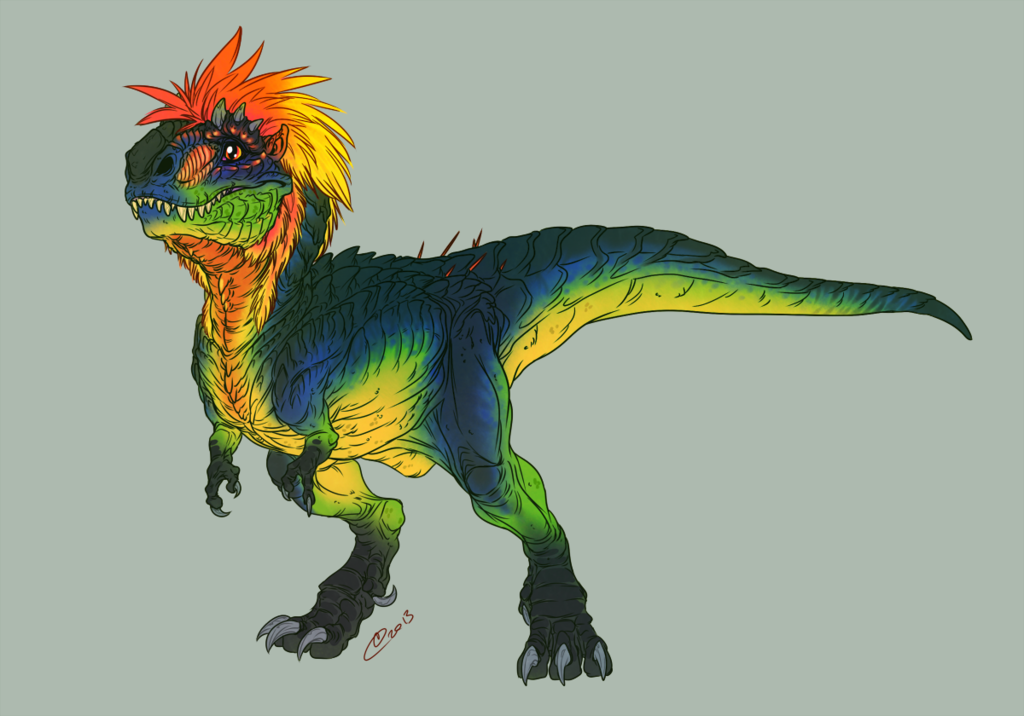 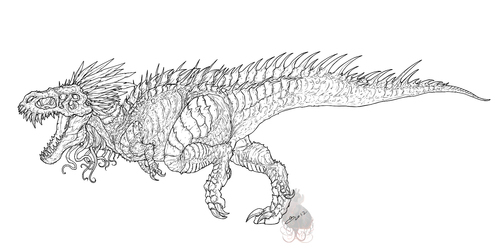 First image for a 30 day Dinosaur challenge I ran across on tumblr by a user named Sawbucks -> located here: http://sawsbuck.tumblr.com/tagged/30-day-dino-challenge .

I actually finished this yesterday but didn’t post due to making sure the colors were alright. I COULD have done more renders…but yeah lazy. And the flats looked nice.

The Challenge makes note of trying to be more challenging by not using the same dinosaur. I can’t help but put multiple T-rex when it comes to favorites and certain themes. Apologies! Probably won’t be on a day to day basic either.

Also, most of the dinosaurs will be more or less how I picture them in my dinosaur fantasy story thing not national geographic or the usual “realisitic” renditions. Ears and opposable thumbs abound.

Also I am attempting to use one of my other tumblr tabs to post my art, but whatever. I don’t know how long that will last. For those interested in my tumblr with far to many reblogs: blackheartspiral.tumblr.com or just bhsart.tumblr.com .

So yes…WINCE! He is an old character. One of the main characters in a story (Arcanum) that has been in the works for quite some time. He’s a “runt” and the youngest child out of a trio of brothers. He’s a good sort despite this, even if he’s deemed too “weak” by the usual standards. Son of the late King Tyrant of the Central Plains (this world is not dictated by time periods and specifics of geography just an fyi) he has a lot on his plate.

He has a baby face.