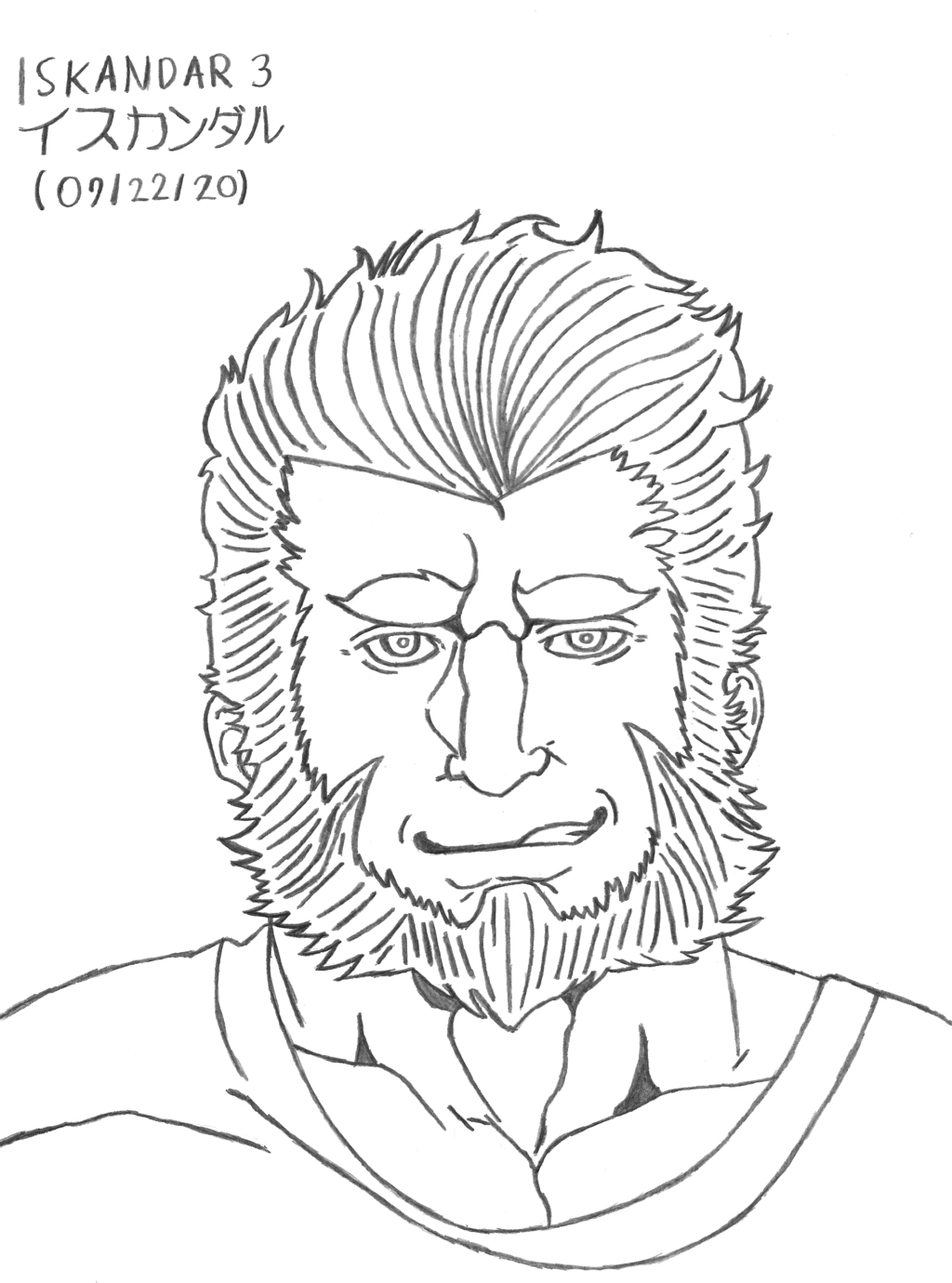 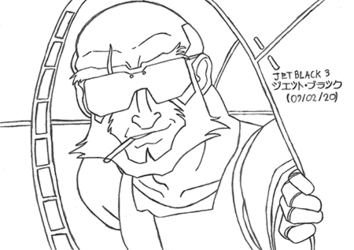 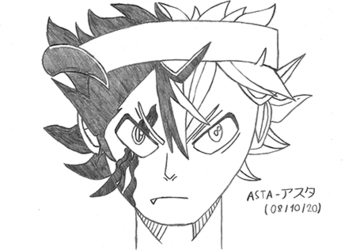 To finish my most recent posts here are the last two drawings that I made. The first art is not originally mine, I made this art based on the work of the artist HoloEden.
From now on, I apologize to the artist HoloEden, if what I did offended him and so he wishes, I can remove the drawing I made based on his original art.

The drawing I did to pass the time until I had some good idea or inspiration is a representation of the character Iskandar from the anime Fate/Zero. This is a drawing I made based on the original Iskandar art made by HoloEden.
I just drew the face just like the face drawn by HoloEden without making any changes since this was an observation drawing practice.

Iskandar is one of my favorite characters from the anime world and the first time I saw the art of HoloEden, I wanted to try to draw it on paper to exercise my observation drawing, I just made the face since I don't have such an ability to draw muscular bodies.

Please comment and share the original work of HoloEden, the links are below:
Original Iskandar finished art by HoloEden: https://twitter.com/HOlo_Eden/status/1072284234939801600/photo/2

More info about Iskandar below:
"Known by many names, Alexander, Iskandar, and Alexandros, he was the young prince of the small kingdom of Macedonia in the 4th Century BC, said to have been the son of Zeus in many stories despite absence of clear evidence. He was known as a "peerless pretty boy" who was noticed by many sages, such as Aristotle, as a prodigy. During this period of his life, he spent much of his time training as a soldier, studying philosophy and political sciences, and reading great legends. While he bloomed with many talents, he approved of every and all possibilities, able to be called the "personification of possibilities" itself. He possessed a close friend, an "amazing man" who truly began to show his talents after Alexander's death, who would often drag him around rambunctiously in a manner to his later encounter with Taiga Fujimura, expanding Alexander's horizons thanks to his actions. Though considered beautiful, his self-recognition in being the child of Zeus granted him strength, reducing his boyish looks over time. He later encountered the Gordian Knot, cleaving the rope with his sword and taking the divine bulls offered to Zeus by King Gordius as his own for use with his chariot..." - Source: Type-Moon Fandom.