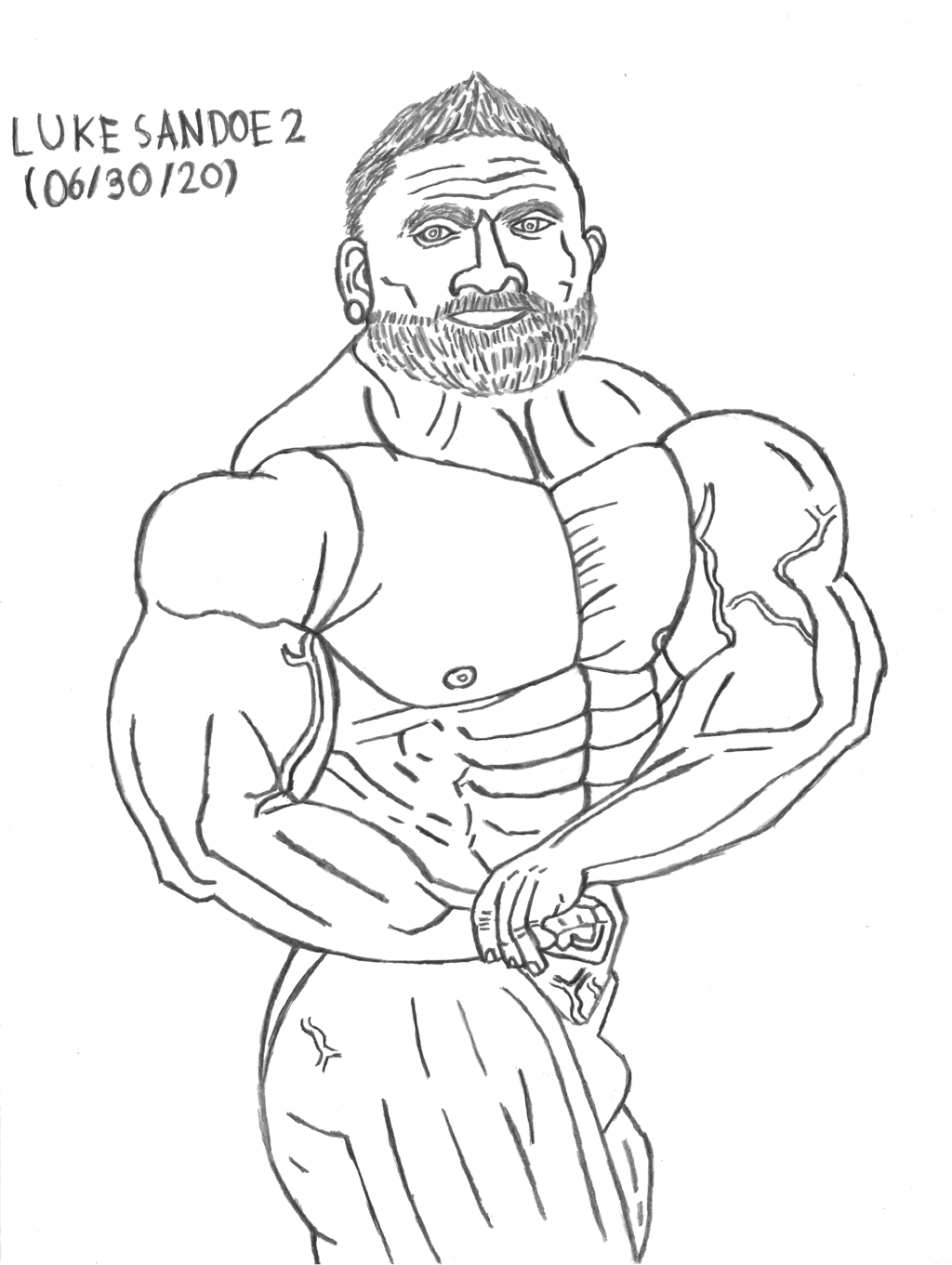 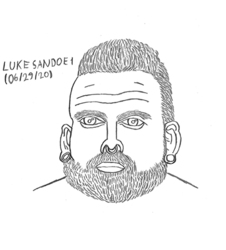 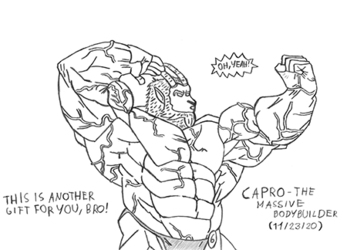 Here is my second and last drawing in honor of Luke Sandoe, this time I chose to try to draw him in full body based on a photo in which he competed in Mr. Olympia 2019 during the pre-judging.
The drawing is not so good mainly because I had a lot of difficulties to be able to draw his face since I have no familiarity with realistic art, so please understand that this was the best I got.

Despite being so young, Luke conquered the British bodybuilding stages in a very short time due to his commitment and professionalism as an athlete and in 2017 he already debuted in his first Arnold Classic. Luke was an athlete who earned the respect of many athletes in the community as well as bodybuilding fans. So, I wanted to make some drawings in honor of him and that his family is now being supported by God!
May Our Lord take care of Luke's soul and heal his wounds! God bless you and may the light of the Creator of heaven and earth be with you!

He was famously known for his best as the professional participant of the International Federation of BodyBuilding & Fitness (IFBB) competitions. Moreover, he was also well-known for his best bodybuilding coaching and training.

He gave the professional training of weightlifting. Luke Sandoe started bodybuilding after completing his high school graduation but made it as his professional career in the year 2012.

Apart from this, Luke also the co-founder and owner of his own fitness studio named “Elite Body & Fitness”. Because of his hard work and talent, he also got the IFBB pro card every year. On 7 May 2020, Luke Sandoe passed away at the age of 30 years old.

Body Size, Height, Weight & More:
Sandoe is a buffed up guy. He had a bicep size of 22″ which is insane. Other than this his thighs are of 33″ each. Now you can imagine what kind of body structure he has. To maintain such a muscular a gigantic body the athlete has to train regularly.

His schedule is based on compound exercises. But he says that the key to growing your body is focused on tension and slow reps. He majorly focused on heavy exercises like pack deck, pull-over, etc.

Because of such a fantastic physique, his photos appear quite often in health magazines. You can consider Luke Sandoe’s height to be fair as he is 5 ft 8 in tall. Luke has a body full of muscles and his weight is around 115 kg." - Source: www.dreshare.com/luke-sandoe/