Balina and Eithne discuss matters of the gravest importance by Balina 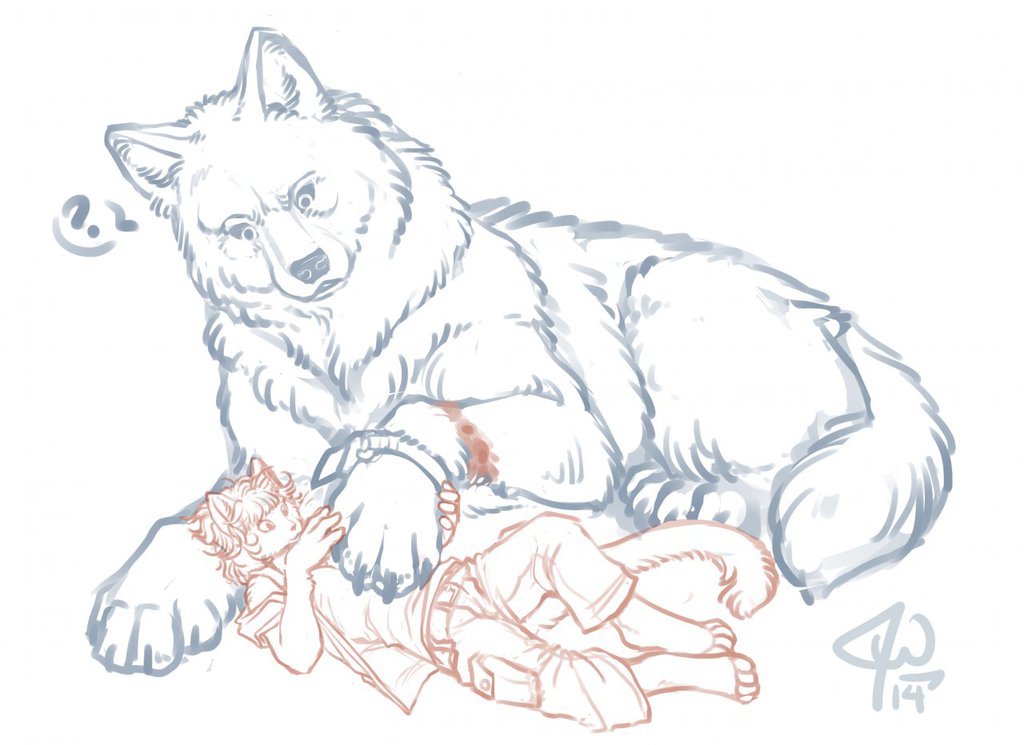 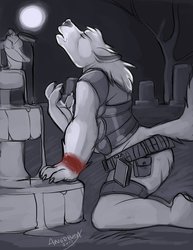 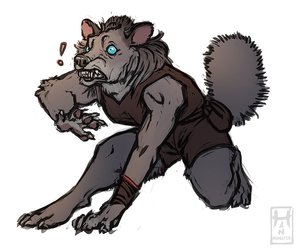 Balina and Eithne discuss matters of the gravest importance

...maybe. It's hard to ever really know what's going on in Eithne's mind. That's probably why she keeps squeezing and turning it over and staring so intently, though. Hopefully. She can't possibly be thinking about trying that horrible idea with the skis again, could she?

Another one of AmberAria's masterful stream commissions, this time a supposedly-easier sketch. She was given the directive to draw "Balwolf and Eithne being adorable together" and zero guidance beyond descriptions. I had to keep my hands off the whole time, afraid that if I said anything it might poison the magic of the process. I was not disappointed; despite knowing nothing about the characters themselves, she managed to capture them both so perfectly that I wonder if someone else was feeding her lines...

This also marks the first time Eithne has been more than a cameo or an accessory in any artings! I was hyped even beyond the usual to get her rendered.