Balina dons that mask and takes 'em to task by Balina 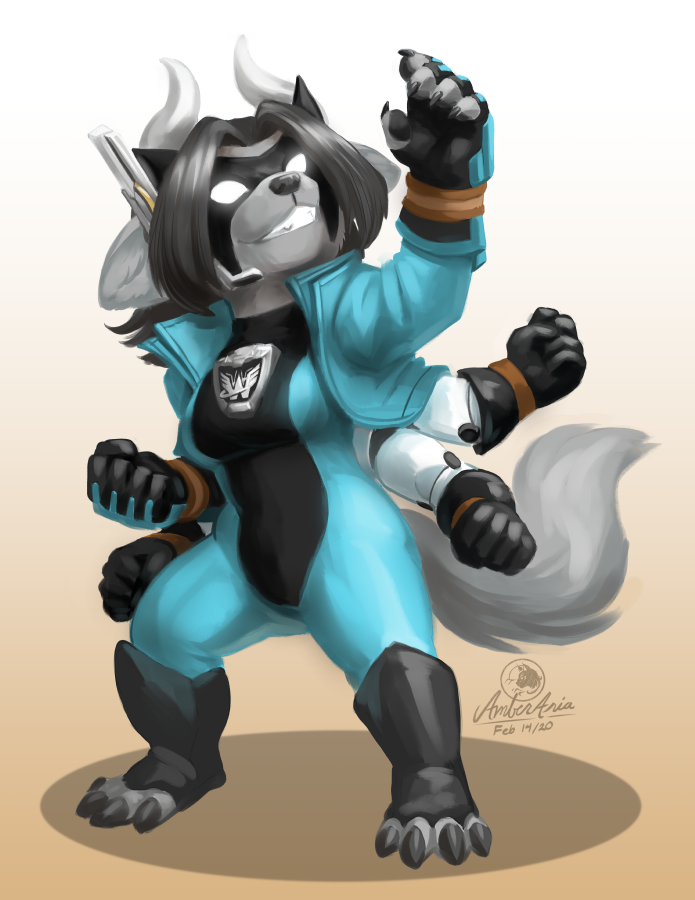 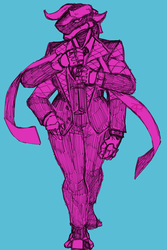 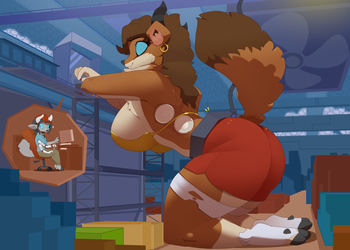 Balina dons that mask and takes 'em to task

"If it isn't Balina Gail Mahigan, from the Placedale office. Headmaster of BTI, master logistician, and foremost in the field of herself. Known occasionally as The Left Hands of Fenrir, but probably best known as Wonderrrrrr-MOOF!"

Moof it or lose it!
WONDER-MOOF

Often seen as reclusive outside what she considers a real emergency, she is usually happy to operate by remote, sending Wonderful Robomoofs as reinforcements in her stead. Earth Defence War III is the first time she's been deployed for so long outside of her assigned posting.

Favoring overwhelming numbers and power over accuracy or finesse, the Fenric Knuckmoos succeed by simply never stopping, blows arriving in such volume as to overwhelm even the toughest defences. When utilizing the Unite Hand technique, she moves with a mechanical smoothness that makes it look like she has solid after-images getting in second and third hits after the first.

While her leadership style is often seen as overbearing, and prone to fits of ridiculous micromanagement, teams are forced to admit she gets results; through careful but split-second planning she can optimize the Wonder-Liner better than anyone, squeezing just a little extra damage out of most common Unite Morphs, as if there were more able bodies within them.