Ficus has a run-in with the law by Balina 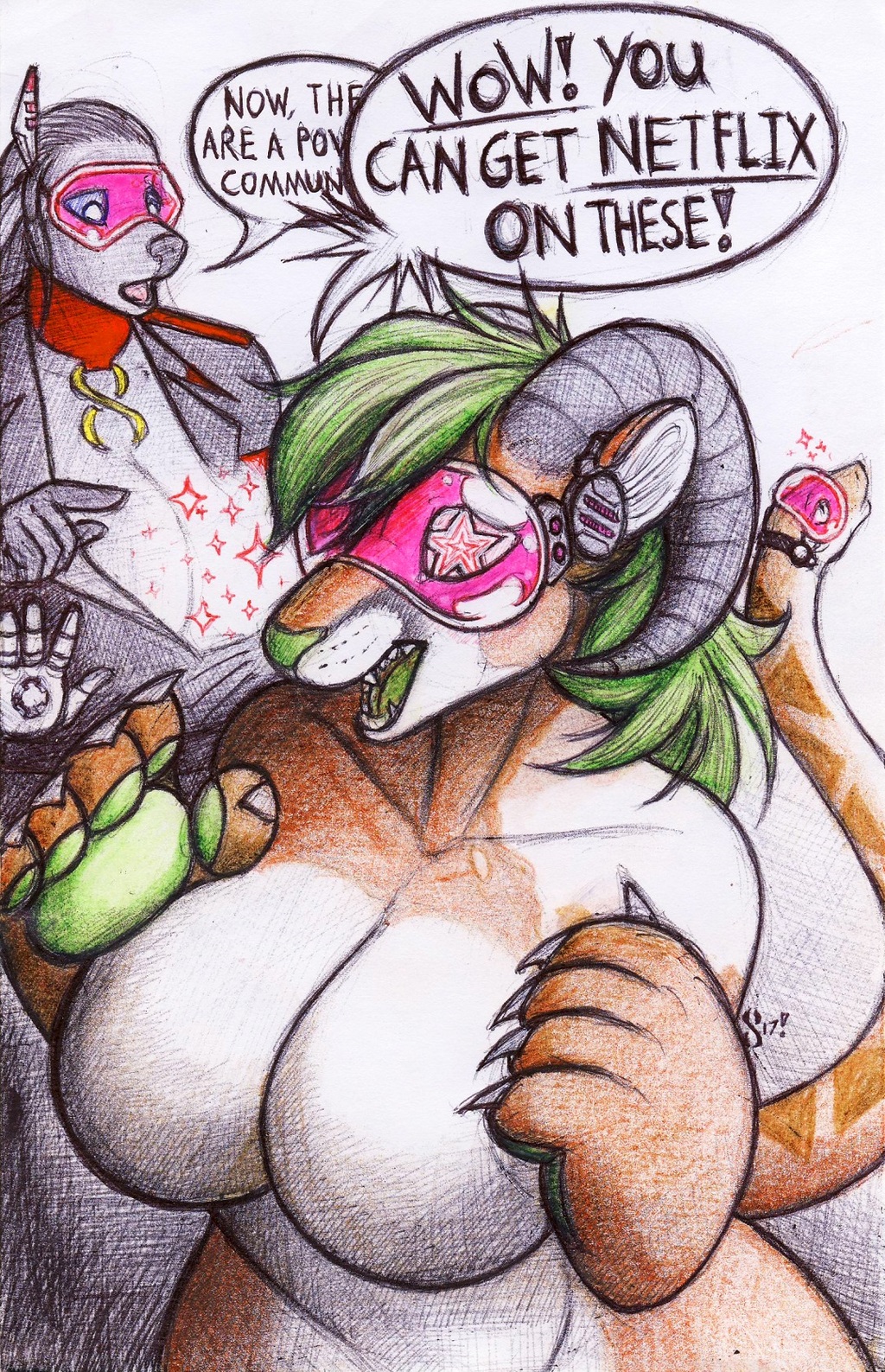 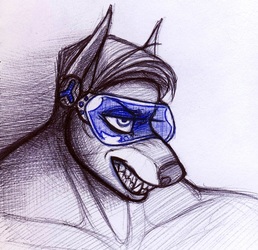 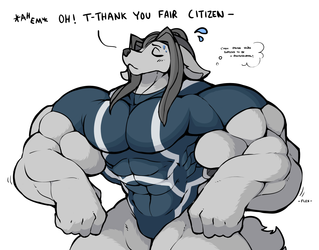 Ficus has a run-in with the law

To a person or organization with the benefit of omniscience, the Korps is an unabashedly amoral organization with global ambitions, and one should never, ever allow oneself to get within thirty paces of anything they offer to put in or on one's person. Unfortunately for the world, the vast majority of the population does not have the benefit of the meta-narrative, and does not actually know everything that RCGs are capable of doing to a normal brain. There are rumors, to be sure; the Korps is known to perform unbelievable feats of conditioning, and there are those deep in secret research facilities that believe they know the truth, but the greatest asset of a device that can alter the mind of its wearer is that anyone affected will be strongly compelled to keep it a secret at all costs.

This suits the Korps perfectly, as it needs to be able to spread its influence into new territories. The simplest way to do this, as it turns out, is to start selling Rose-Colored Glasses in the region. The consumer-grade version of the RCG Operating System Experience (ROSE) focuses far more heavily on the UI and mass appeal. ROSE wants to be your secretary, your concierge, your personal search engine, and anything else you can describe to her. She will happily replace your smartphone, your tablet, maybe even your desktop computer. The app store is staggeringly robust, and the built-in compatibility with the internet of things is the best in the industry. If you need a thing, she can suggest a way to get it done. And she does all of this simply by voice commands and eye-tracking on the convenient heads-up display.

All of this is, of course, almost nothing but a pile of convenient truths. Even though the benefits and strengths of the device are all perfectly real and tangible, and can do everything every electronic device manufacturer has tried to sell you for decades, there is no such thing as consumer-grade RCGs, and a simple firmware flash would make them drop the skin and go back to their military specifications. The interface is responsive and helpful because it is literally reading your mind, and you find what you're looking for because the network looked up the answer before you even asked. The compulsion to keep them on all the time might not feel any worse than smartphone addiction, and you will remain convinced that you could could quit any time you wanted. You just don't want to. Ever.

...Not that any of this is important when someone will literally stumble into wearing them without you even asking. Especially not when she bumps into you on the sidewalk, knocking both the wind and your train of thought out of you, and making you drop the spare pair you were idly twirling in one hand. Thankfully, she catches them in those big monster mitts of hers, and in the process of admiring the shine of the visor manages to clamp it onto her face. She even manages to accidentally launch one of the entertainment applications before you have time to explain what she's got there. The other one must have found the extra-small visors in the left hip pouch during all that confusion. This would be more frustrating if it wasn't so impressive. Then again, it's not easy to see a Counselor who didn't want to be seen. This one might be worth keeping an eye on...

KrakenTango and Ficus are both fantastic artists and fantastic people that I have had the fantastic pleasure to get to know and work with. A few months back, during early developments of the Succubats, someone made an observation noticing some superficial similarities between the RCG network and succubat hives. Being the closest thing to qualified to speak on the subject of both, I got the pleasure of explaining succubats to Kraken, and RCGs to Ficus. Spoiler: they're not really all that similar, especially seeing that one of them isn't evil~

This led to a mutual desire for the two to do an art trade. Which I was more than happy to assist with facilitating, as bopping two people together and going, 'now kiss' is basically my favorite activity. The trade rapidly got out of hand, because apparently that's what all art does; Ficus made this glorious comic for her side, while Kraken did this lovely piece. Which Ficus then followed up because she enjoyed the idea. And then followed up again with some fashion consultation because, as stated, both these two people are incredible.

I don't know what the world ever did to deserve all this, but I'm grateful to be involved, regardless. 💙💙💙