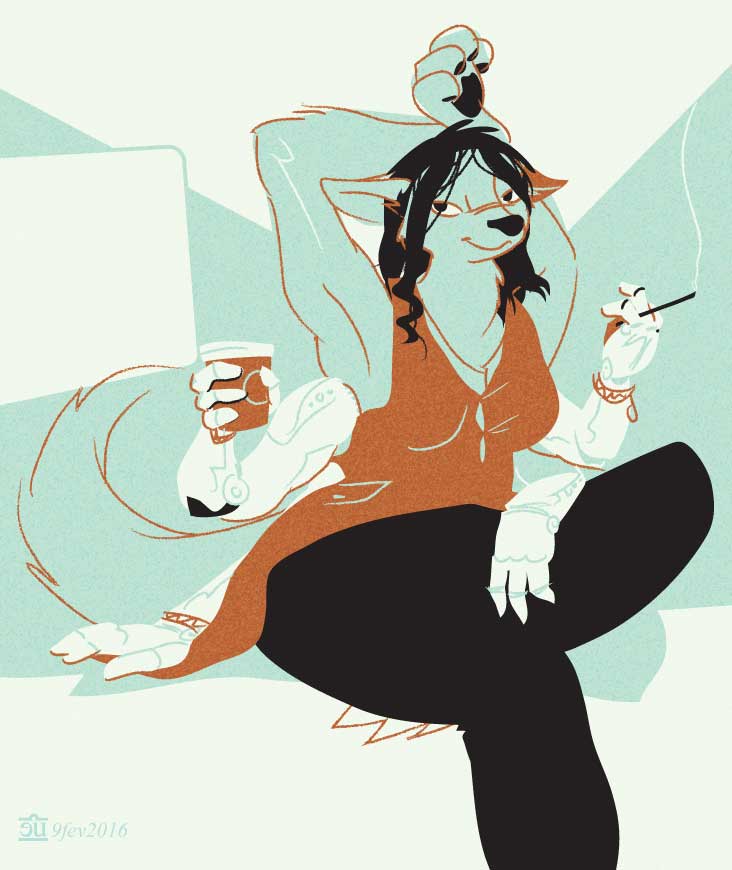 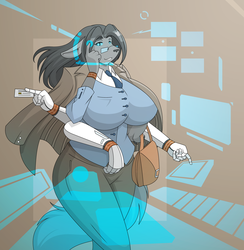 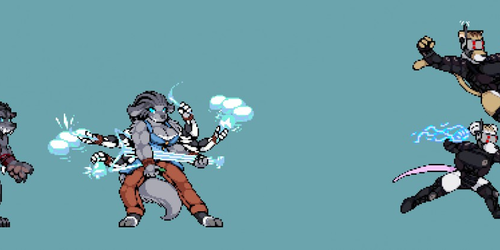 To the best of her recollection, Ms Mahigan obtained this portrait at an afterparty, following a trade show she'd attended in her capacity as a spokesmodel for Ignis Dextremeties. BTI's partnership with the robotics firm runs deep, though nearly all their dealings are predicated on the head moof's own unique abilities and expertise; her degree of augmentation is still a relative novelty, and few people can demonstrate the same level of dexterity and coordination with one extra limb than she can with four. As a result, she's become a common sight on trade floors when there's a new product line, shaking hands, giving out promotional material, and demonstration features in the Ignis booth. Her face has become so familiar to those in the industry that most Ignis robots ship with a distinctly moofish head by default, though the company maintains this is simply a coincidence arising from the ways in which their stock sensors and support structures fit together.

An excellent, candid rendition of the head moof in more relaxed settings than she generally appears, provided by the also excellent and candid EgyptUrnash. As of the time of posting, she is running a Kickstarter campaign for a print run of Decrypting Rita, an extremely stylish graphic novel about a robot lady forced out of reality and made aware of herselves throughout parallel universes. I feel that anyone who enjoys Balinology might be interested. The campaign is in its last few days, and while it's already met its base funding goal, with a few more people it might be possible to get the gigantic omnibus edition in hardback.