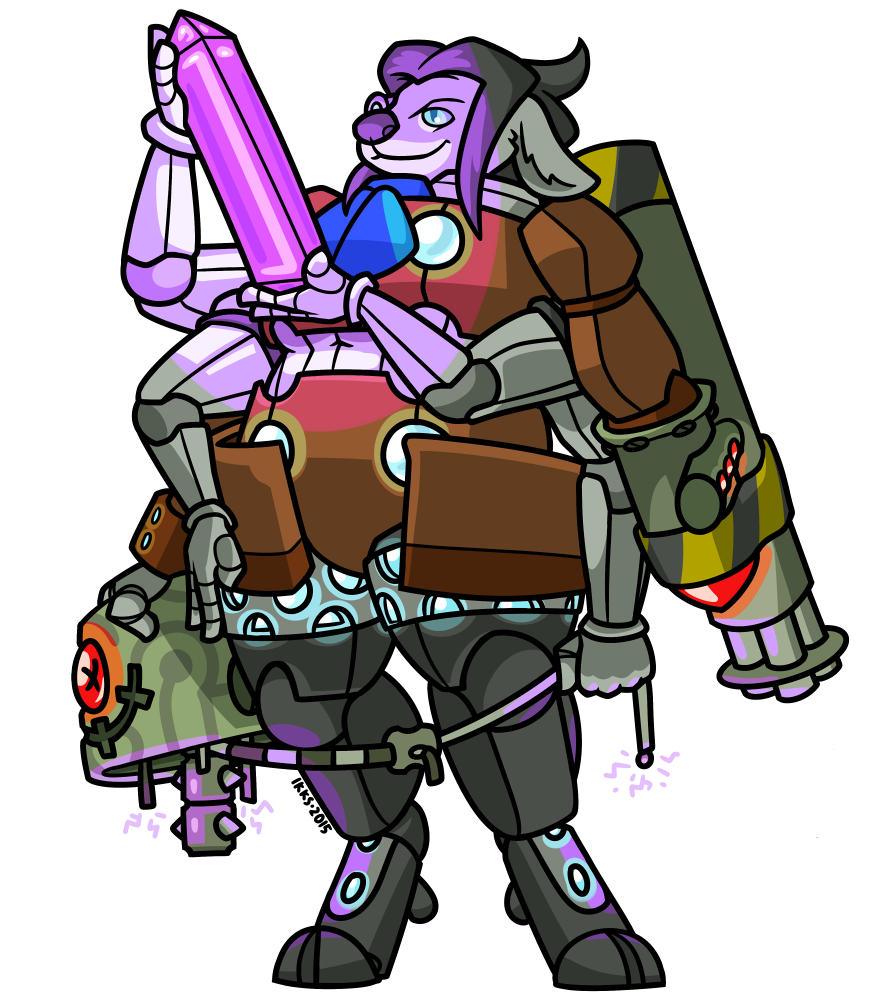 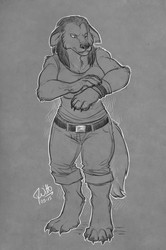 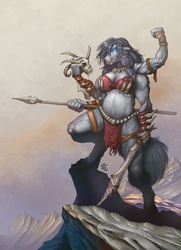 The entire field of Balinology is founded upon similarities and trends. Common traits and themes have been well-documented at this point, and one trained in the field can recognize a potential Balina at first sight. That is not to say that Balinas are interchangeable; the seven recognized traits are by no means comprehensive, and local environmental, hereditary, and biological factors mean that few Balinas could be mistaken for one another.

It is no surprise, then, that Balina Mahigan has a tendency to become extremely excited when a candidate strongly resembling herself is found. Moofs with extraneous prosthetic limbs, hoof-paw hybrid feet, educational positions, and/or a strong resemblance to her specific face and hair are likely to result in an emergency declaration of Catch Night, wherein the head moof (and any techs willing to work some ludicrous overtime) keep the observation labs running until the early morning hours, gathering information on the new subject.

Balina Ausheben lives in a world built on the ashes of another. Underground bunkers, their entrances dotting the landscape, temper their promise of long-forgotten treasure with the threat of the robots still patrolling the halls in the service of their former masters. Those willing to delve into these ruins and face the feral security systems bring back the materials and technologies used in nearly every aspect of daily life. It is a highly dangerous but extremely important job, and those with the talent and firepower to do so are always in high demand.

As accomplished as she may be in the field herself, Miss Ausheben has found her true calling is to train others, operating a school that provides training in her own particular style of excavation. In the classroom, she preaches precision: cleanly removing the active components from the mechanoids patrolling the halls allows the recovery of the most material from the halls and even the robots themselves, while expending the least resources to do so.

When working on her own, however, the headmaster will immediately drop all pretense. Wading into a set of ruins with weaponry usually reserved for armored vehicles, she cuts a jagged, scorched path to the heart of the installation, inevitably containing the system organizing all the smaller robots throughout the bunker, which is where she'll find the largest and most valuable power cores.

After all, those she's trained to be careful and precise will come through later to get the small stuff.

Based upon this Twitter conversation, which in our defense was very shortly before the Red Ash kickstarters.