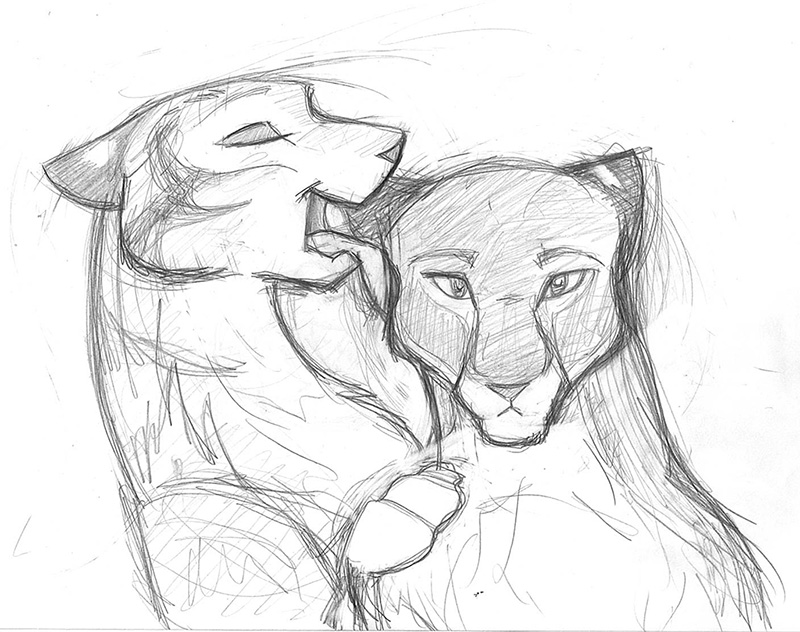 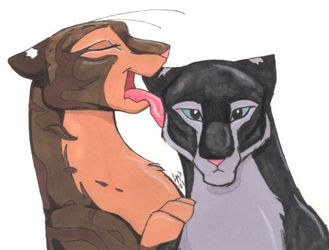 One of the good friends I made in 2001 was a very spirited girl who went by a clouded leopard named Akeli. This was the first picture she drew me, which was both a surprise and a total act of randomness. She said she saw a magazine cover that had David Duchovny and Gillian Anderson doing that, and decided to draw a feline version with my character and hers. Why me? I am not sure to be honest - we barely knew each other at the time. xD But it made me blush regardless.

This is one of the few friends from back then I went on to meet several times and kept in touch with long after the forums went down. :>