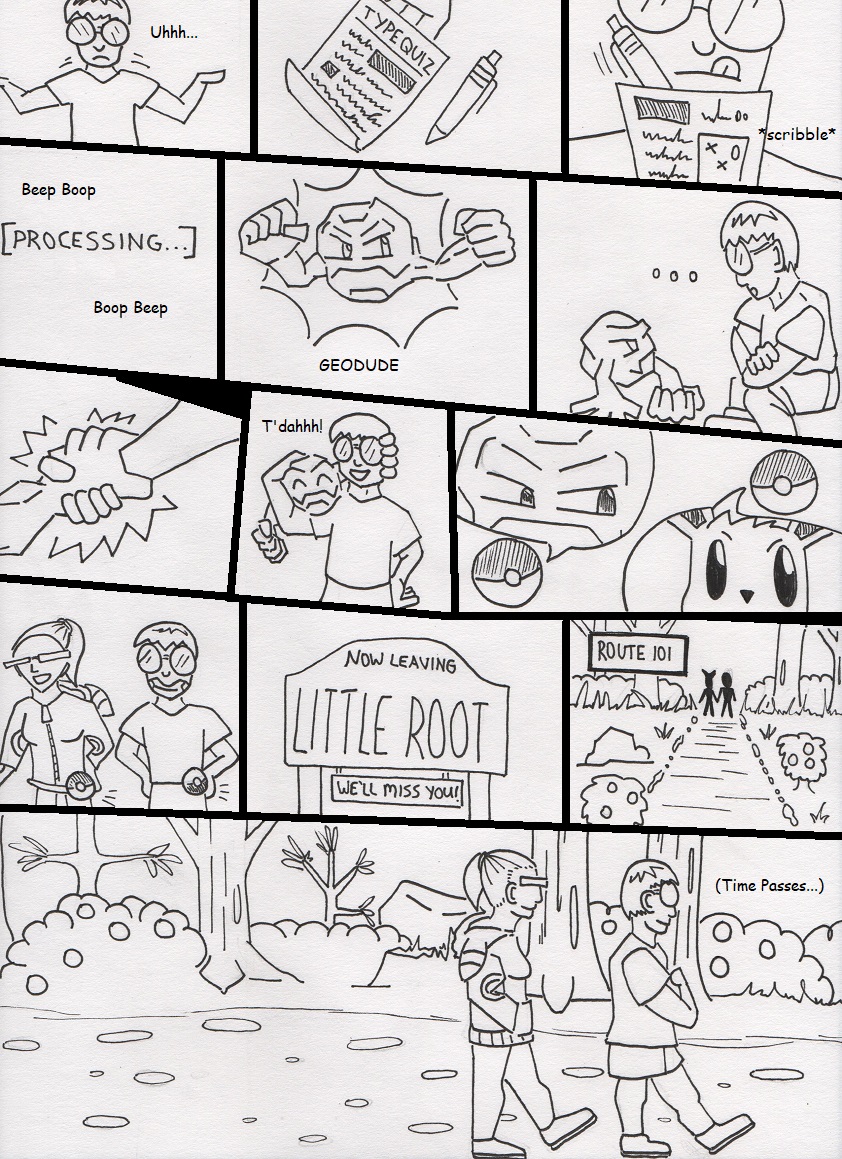 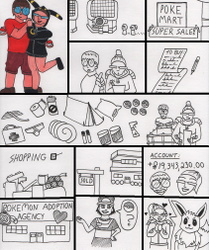 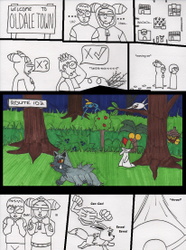 Looks like our second starter is gonna be geodude! I've always had a softspot for geodude, and the evolutions that come with him. Strangely enough, he was also my first shiny, back in the day when shinies were brand new. Shiny geodude is actually golden, so I named him "nugget." He's since been lost to the sands of time, but I'll always remember him as my golden boy. May he live on in this comic!

Now we've revealed that this will be a Ruby/Sapphire adventure comic. Why that particular generation? Because I missed it when it was new, and never played it. I played Blue, Silver, X, and a few other pokemon games-- but missed the Ruby/Sapphire era. My wife and I just ordered Ruby AND Sapphire online and we're going to be playing them side-by-side so this comic will flourish. Expect lots of pokemon, battling, sexytime, and more!