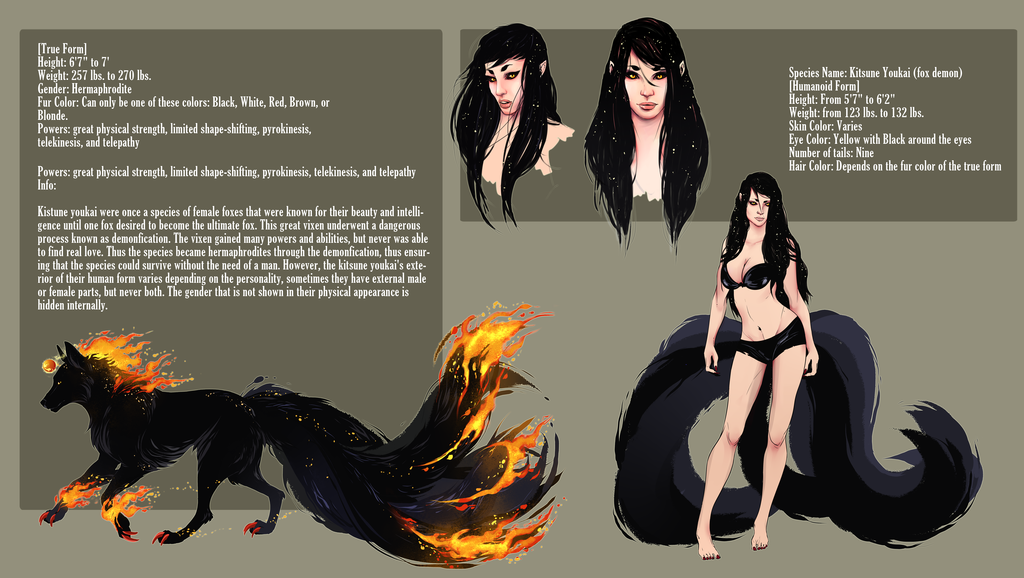 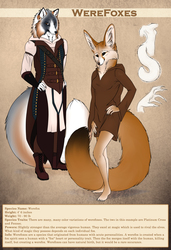 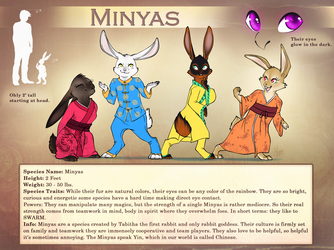 This species was once a the race of kitsune, the pure traditional foxes, the original fox species. However, a private sect of foxes led by a gray fox called Thellia (the little sister of Elliah, the Great Vixen and Goddess of all fox creatures) wanted to become more powerful and aggressive in order to defend themselves against more powerful enemies Sadly, the small group of foxes went though the demonfication process, becoming massive ferocious creatures. These foxes were the most independent of all foxes and thus they became hermaphrodites (but completely by accident, that was the curse of the demonfication process). The funny thing is that kitsune youkai can still get pregnant by men, however, they usually are in their decptive pretty and charming humanoid forms.

The character depicted in this ref sheet is actually another one of my characters, but she makes a good example to use. I think she's pretty badass and magnificent.

I commissioned this picture from Zarnala on deviantart.com here is his profile: http://zarnala.deviantart.com/ I can easily prove this is my work, please do not copy and redistribute without my permission. However, I do accept fanart anytime! :)