Nightriders Battle of the Bands Part 3 by AxlReigns 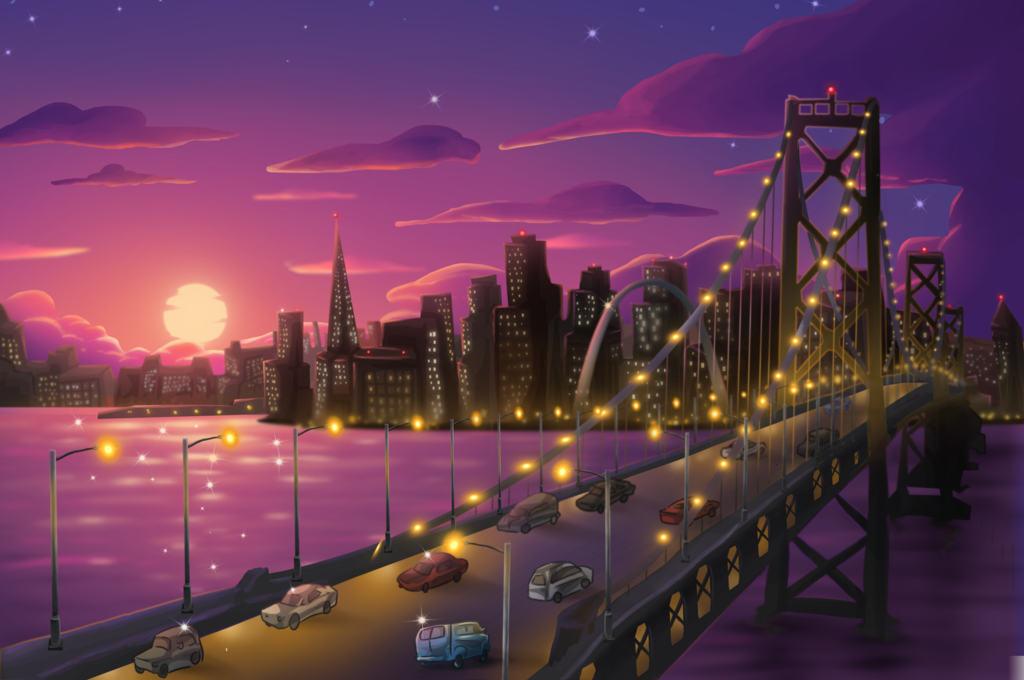 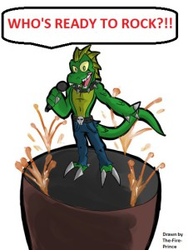 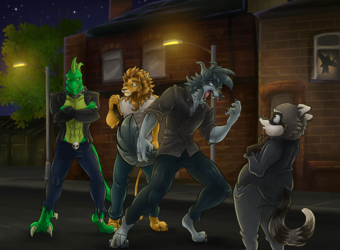 Nightriders Battle of the Bands Part 3

Four hours later, the band finally reached their destination at Beach City. Axl was in a dreamy state as he sprawled across the backseat, while Rolf scribbled over business affairs in his journal.

Axl leaned forward to peer out the windshield as they approached the shiny suspension bridge. Beyond the bridge, tall skyscrapers stretched toward the sky. The late afternoon sun cast shadows from the buildings over the city and parts of the Marine Bay as it set in the west, giving a serene appearance that contrasted deeply with the fast-paced, chaotic world that existed within. The city looked majestic and certainly what Axl expected of a place known as the “capital of music and art” in the nation of the United Animal Kingdom.

“We should totally hit up one of the clubs tonight.” Lonnie beamed at Rolf and Axl through the rearview mirror.

“Nuh-uh, guys,” Rolf shouted and held up his hands. “We need to head over to the Snail and unload so we can be good to go for tomorrow.”

“He’s right, Rolf.” Axl nodded his head in agreement. He couldn’t wait to stretch his limbs and have a fun night out on the town. It had been awhile since Axl had traveled to the big city. Even though they had a busy schedule, he had hoped to be able to slow down enough to absorb the brilliant culture and atmosphere at the center of music and art that Beach City was reputed to be. “It’s been a long day. It’s not like it’s gonna take us that long to unload and set up tomorrow. I was kind of hoping to take it easy tonight.”

“It’s not just the setting up!” Rolf growled. “We’ve never performed at this venue before, and I need to inspect the stage and equipment. It also wouldn’t be a bad idea if we rehearsed and did a sound check.”

“Every minute I’ve put into this band has mattered. It’s when bands get lazy and careless like you two and they become yesterday’s news.” Rolf angrily stomped his feet.

“Whoa now, wait just one minute,” Lonnie protested. “We’re not being lazy and careless. All we’re asking for is to have a little fun in our downtime.”

Once again, Axl found himself in the reoccurring predicament of biting his long tongue while dealing with Rolf’s harsh personality. I can only take so much of this guy today, was the thought that kept running through his head. Axl scratched the top of his head as he prepared to do what he found to work best with Rolf and offered him a compromise. “All right, Rolf, if you want to spend the entire evening messing with equipment, that’s your business, but Lonnie and I are taking the opportunity to get out in civilization tonight.”

Rolf leaned forward, speaking in a scolding voice, “Don’t forget, lizard, that just because you spend the most time in the spotlight, those are my songs you are performing! This is my band!”

Axl bit his tongue in annoyance. Rolf’s declaration that the Nightriders was his band was a ridiculous notion. It was true that Rolf was the band’s founder. However, it was only partially true that Rolf still served as the band’s primary songwriter. Prior to having joined the band, Axl was well aware that Rolf received the most songwriting credit, with Mac and Lonnie only making minor contributions. At least this was what Rolf had led the public to believe. Axl, however, found this to be far from the truth. During his first recording with the band, he shared many musical ideas, which Rolf more often than not, reluctantly embraced in the end. He had indeed written a significant amount of material for the latest Nightriders’ album, but at the expense of Rolf retaining most of the credit in the record sleeves and CD booklets. In spite of the production wars between the two, the album proved to be fairly well-received in sales and reviews, even being heralded by some as their “best work to date.” Regardless, the album managed to bring the Nightriders back on the radar of music fans since Mac’s unpopular and controversial departure. Axl shook his head in frustration.

“Whatever, Rolf. Lonnie and I are gonna have fun tonight. There’s nothing you can do to stop us.”

Recognizing that Axl and Lonnie were set in their ways, Rolf let out a long frustrated sigh before muttering under his breath, “I’m the only responsible one in this band.”
Axl and Lonnie rolled their eyes and shook their heads as a tense silence enveloped the van.

Nightriders: Battle of the Bands Part 4