Nightriders Battle of the Bands Part 4 by AxlReigns 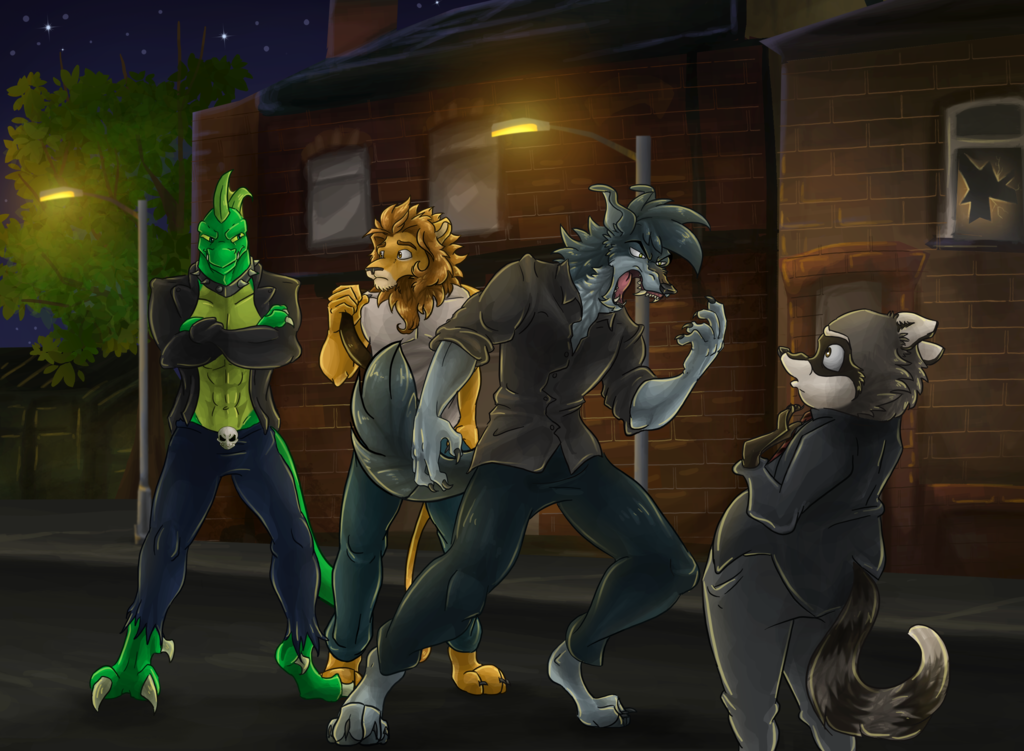 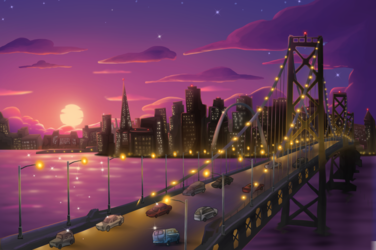 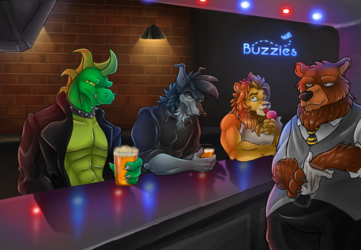 Nightriders Battle of the Bands Part 4

Rolf had been on edge since the beginning of the tour to be sure. This was, after all, the Nightriders return after their short hiatus following the controversial departure of Mac as lead vocalist.

After a few wrong turns, the band finally managed to find their way to the Snail Theater. It was an old brick building, and a lighted billboard of a giant blue-and-green neon snail hung over the front. While the Snail was far from being extravagant on the level of the Ostrich Opera House, it was a large building reputedly having an auditorium large enough to house well over three thousand fans. It had been constructed alongside many other theaters during the height of Beach City’s economic boom one hundred years ago, as evidenced by the building's old brick architecture. It was one of many theaters constructed in the city to account for the rise of show biz, which resulted from many years of prosperity. Despite its size, it was rumored that the theater had been letting itself go in recent years, as suggested by the chipped paint on the stair railing. As Axl was studying the front of the building, he noticed that their name was not on the billboard.

“What the heck? Why ain’t our names on the sign?” Lonnie shouted in a state of panic.

“Don’t tell me our show’s been canceled,” Lonnie moaned.

“It hasn’t,” Rolf assured. “We’ve been scheduled to perform here for eight months and have already invested time and money getting out here.”

“How about we just talk with the venue manager and see what’s going on,” Axl advised calmly while slipping on his studded leather jacket. “It could just be a mistake.” Despite his attempts to keep his band comrades from getting ahead of themselves, he could not shake the sick feeling growing in the pit of his stomach. The prospect of their long journey to Beach City being a wasted trip was nearly as unpleasant to him as the thought of having to listen to Rolf’s bitter raging for the next few days.

After Lonnie parked the van behind the theater, the three headed toward the back entrance. Axl only had to knock a few times before the old wooden door creaked open.

A short chubby raccoon wearing a wrinkled gray suit and a red-and-black tie let out a long sigh. Before even having spoken to him, Axl frowned as a look of dread grew on the raccoon’s face, communicating to him without words that they were in for some unpleasant news. “Oh my, you must be the Nightriders.”

“I’m Mr. Cummings,” the raccoon answered, grabbing the upper part of his jacket as if trying to appear high class in his wrinkled suit. “I am the owner and manager of this venue, and I’m sorry to inform you that your concert has been canceled.”

“I knew it!” Lonnie grumbled, slapping his leg.

“I am sorry, but the enormously popular Goth metal band, Warlocks of Apostasy, scheduled a major performance at the city square which is being televised live tonight. We have had too many cancellations since the announcement of this event and simply have not sold enough tickets to justify me paying you boys.”

Rolf crossed his furry arms and assumed an intimidating glare. His eyes narrowed and his ears twitched back and forth. “Listen, chub, you scheduled us to play a show here and we spent money on gas and a room. Yes, we are playing a show tomorrow night in your stupid, little theater. Now get out of our way!” Rolf bared his razor-sharp teeth.

“Knock it off, Rolf,” Axl as he stepped in front of him. He forced an awkward smile as he tried to relax the terrified raccoon before him. “Listen, Mr. Cummings, I’m really sorry for my friend’s behavior, but you’ve got to understand that we’re all tired from our long trip here. Can’t you at least give us some kind of compensation?”

Mr. Cummings cleared his throat and tried to regain his composure. “Well, I can still treat you guys to pizza. How about that?”

A moment of tense silence passed as Axl, Rolf, and Lonnie glared at Mr. Cummings in disbelief. Venues had canceled on them before, but this was just insulting considering they had invested more than five hours on the road to a city that was out of the way from their next tour destination. The least Axl would have expected for such a disruption would be money to cover the cost of gas, but he knew for a fact that even the best pizza parlors in Beach City fell short of such a cost. The worst part was the fact that this was not some small gig at a club in a remote town. This was Beach City, the renowned music capital of the world! It was no wonder that this theater was reportedly going downhill if this was how they treated their acts.

“No thanks,” Axl said, breaking the silence. “Let’s get out of this dump, guys.”

Axl turned his tail to Mr. Cummings, followed by Lonnie. Rolf, however, continued to glare at Mr. Cummings until the raccoon disappeared behind the closed door. Rolf stood there for a moment staring at the door before drooping his head and beginning his slow walk back to the van.

“Well, what do we do now?” Lonnie asked as he and Axl hopped into the van.

Axl plopped down on the backseat and grabbed a root beer out of the cooler. “I guess we check into our hotel and hit up a club just like we planned. I mean, what else can we do?”

Rolf stormed into the vehicle and slammed the door shut. He took from his bottle of soda, then threw the bottle onto the floor, shattering it to pieces.

“Idiot!” Rolf screamed. “That fat lard! Who does he think he is to turn us away like that? No money but pizza? For real?"

“You know, it wasn’t the bottle’s fault that our show was canceled,” Lonnie grumbled.

“I’m not in the mood for your crap right now, Lonnie,” Rolf huffed.

Seeing the need to stop the fight before it escalated any further, Axl said, “I have a great idea. Why don’t we forget about our loss tonight and take a little vacation while we’re here?”

“We can’t afford a vacation,” Rolf shouted. “The whole reason we’re here in the first place is to regain whatever trust and stability we may have lost with the fans.

“I know,” Axl replied, “but obviously, that’s not gonna happen, so we might as well enjoy ourselves while we’re here and then continue our work on rebuilding the band’s success at the next town.”

Rolf sat down and buried his head in his hands for a moment. “You guys do what you want.”

This is going to be a long night, Axl thought as he and Lonnie picked up the broken remains of Rolf’s bottle.

Nightriders: Battle of the Bands Part 5