Most recent: Go Out Fighting 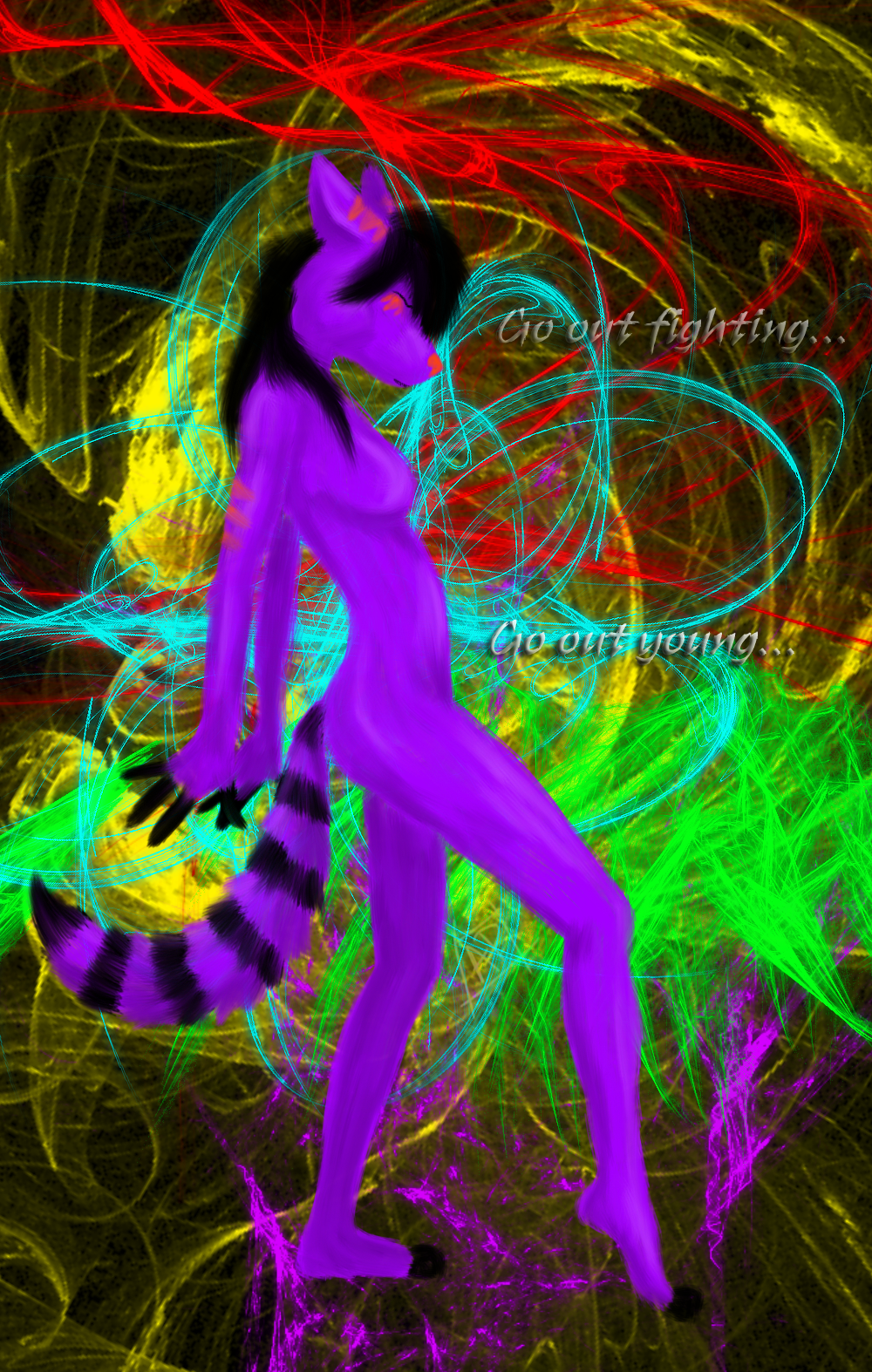 So yeah. Apparently FA is going down the shite hole.

I'm not really one to talk, but then again I am.

About a year ago now, I was harassed by a group of furs on FA. It got worse and worse, until locales started reading up on what was going down, and did the same shite to me in person.

Of course, yes. I reported the people online when they first started harassing me. But no. FA admins did nothing. My multiple harassment tickets went about a year before they were noticed by the admins. By then, my account had been hacked, all comments hidden, all art work deleted, journals, shouts, etc.

I reported my account as compromised, changed the password and recovery email, and left FA, left the fandom, gave up on art. My spirit was dead. I'm honestly still a bit compromised to this day, especially about posting art that I have done.

I have noticed as well, in the recent years, if you go out on a limb, and make a completely original character (like Atreyu) and post her on FA, people are all like "The fuck is this bollocking character? It's so ugly! It's not like your typical grey wolf that I see everywhere! Oh, and your art style is obviously not traced from xBigNamePronzArtistx so it's obviously not good because it's not in his/her style!"

That's all people care about in the fandom!

I don't really affiliate myself as a furry anymore, so much as a raver who sometimes does art and who goes to raves every weekend and has a fursuit, so is very well known in the LA rave community. I'll go to the conventions and stuff, but I'm now at the level where I'm hosting my own raves, and making a select closed list of 400 guests, with very few, if any furrys on it.

I also really enjoy how there are a couple furs out there who act like they're my friends, and I know they talked shite behind my back a while ago, or started rumours about me.

The fandom is kind of being taken over by a 12 year old mentality, where you go around saying that I kissed AJ or something in the girls bathroom, when AJ is the bully on the schoolyard who beat the shit out of the little crippled kid, so people immediately hate you, because your arsehole of a mate said this to some random kid on the school grounds.