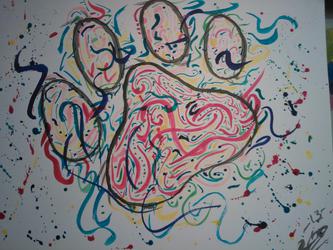 WELCOME TO MY PLACE!!!

Wanna get to know me? Read all the shit below or feel free to PM me! ^^

I like (big butts and I cannot lie...) food, I can eat as much fat as I want and not gain any weight... I like mostly BBQ ribs, mexican style Tacos, home made apple pies and ALL of the japanese food, specially カレー (Curry).

I'm Alan Sevilla, my complete name is pretty long, it's Alan Javier Sanchez Sevilla and I'm almost 19 years old.
I'm from Mexico, studying Graphic Design and learning how to draw Manga...
I'm not that good at drawing, but I'm taking intensive courses at my school and some Faber Castell tutorials.
I'mGAY! and I'm mostly into chubby and husky boys... But that really doesn't matter, if you are beautiful in the inside and tender and cute, then prepare to get smoochies all over your body! X3 I'm 5-11"ft tall, my weight is of 150 pounds and I have brown hair.

Hiya! I'm AJ Mobius, The Foxcoon, I'm 21 years old, I'm the good old DJ Mobius, I was into coma due to an experiment gone wrong at the genetix lab for playing with my DNA.
Last thing I remember seeing was a Doctor sedating me on January 10th, 2011...and I just woke up on April 27th, 2013 as a "Lv. 1 Healer"; my best friends are: furryluver2000 nekori kimbakun korototodilo glowfox & jengo. I have a feline clone:

I am the Foxcoon's "Clone"...Phoneko Xorda; I look like 17 years old, I'm a red and pink cat...I use my last name as my DJ name. I make mostly House, Dubstep and Techno music. Lately I've been working on my "RemiXorda" project.
I'm the result of AJ's last genetic experiment, which it was cloning him out, but instead of getting a Foxcoon, he would get a different species. He made it, but with a price: Two and a half years of coma. Later, I wanted to carry on with his work, so I used the same cloning formula, used up some of his fur, mixed it with a bit of a dog's and we got a Mobian Snow-White Siberian Husky with anger issues and ADD.

I'm Flip...not much to say, I'm just AJ's "Evil" side. I'm apparently 20 years old, I'm 6"1, I have white fur, Sonic Blue eyes and a Triplestar tattoo on my left shoulder. I like to get into fights, but not lethal or random fights, I fight whenever is necesary and for justice. I protect AJ and his friends, I don't hurt anyone who doesn't deserve it, unless you get in my way or You betray me. I'm a mercenary, I have an Insurgent group called Eagle's Wrath, which takes care of dirty works, justice assaults and helps people out when they're in need.
Whisper AJ is sort of a Yu-Gi-Oh! Fusion, which is a generic Raccoon and a japanese Kitsune...and that kitsune can detach from him and be himself...

O-HAI-YO!!! I'm Saburo, but you can call me Asa; why? Because "Kisaragi"(如月) means February and I was born at 7:09 of a February's morning and "Asa"(朝) means Morning, so I decided to for it, besides, it sound cool! ^^
ジャ! I'm 19 years old, I'm 5-11" ft tall, I have orange flaming hair (sort like a Charmander's or Red XIII tail) with a ponytail that goes up to my hip and I like wearing my Kumite Gear. I'm the Weapon Specialist and Developer of Eagle's Wrath, I'm a martial arts expert, I'm 2nd Dan in Karate Do Shotokan, Blue Belt in Aikido, I've been 2 years and a half in Iaido Kendo, 5 in Kung Fu Xiaolin, 4 in Kick Boxing and 5 years ago I wanted to practice Ninjutsu, but the Dojo was way too far from home. I can handle any type and kind of weapon: From a titanum knuckle, to a Glock 35 .380 to a Murasame Katana. (For personal defense only and combat)

So yeah... those are my characters... I'm pretty friendly and open to anyone! So feel free to hit me up with a PM or something! ;3