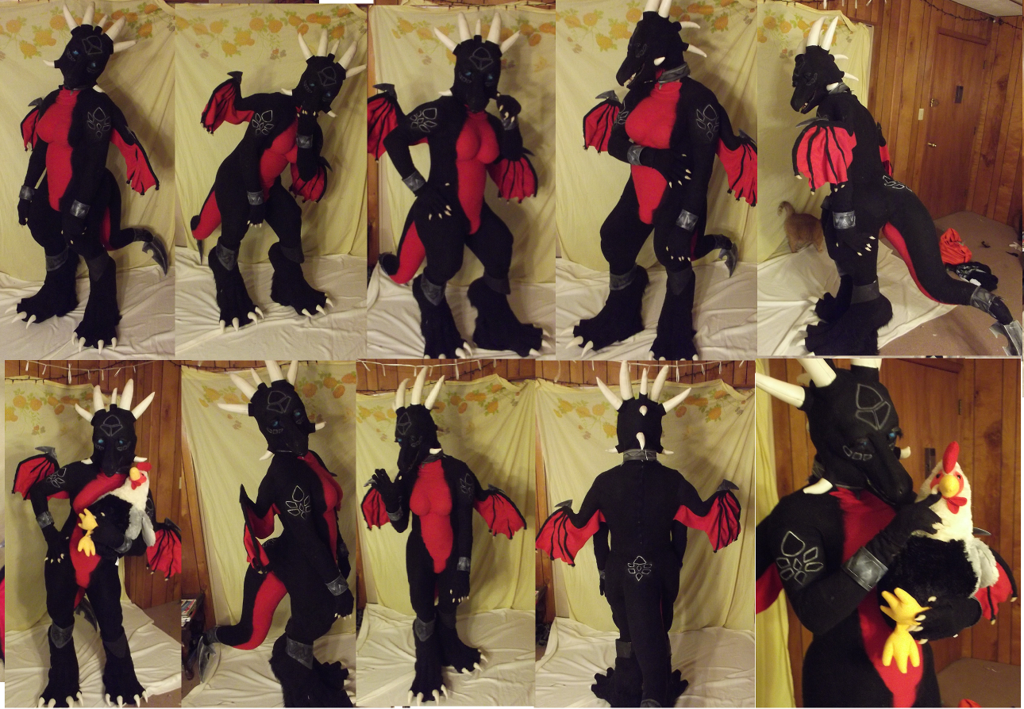 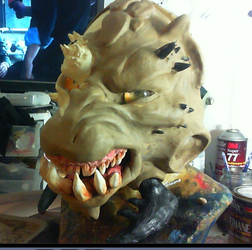 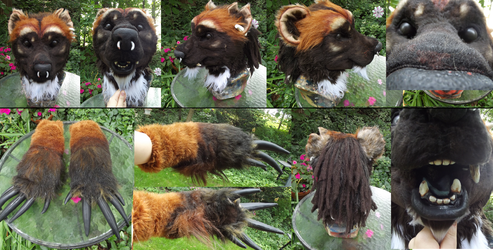 I am a lizard.

Cynder is also lizard, of the dragon variety. This suit took foreeeever, because I made alllll the things. She was fantastic, and I love how she turned out. The client was super super great to work with, and I highly advise if he offers you his money, taking it because he is just fabulous.

This was built on a resin blank by crystumes crystumes which was heavily modified with foam and apoxie sculpt. The horns are vinyl, as having 1,284 horns made of resin would make this head a million pounds, and would instantly snap the neck of my client, which seeing as how he is a great guy I would definitely not want to do. The head weighs about 2 pounds finished, maybe 2.5. I don't know, I'm not a weight scientist.

The bodysuit is obviously heavily padded, as the man wearing this for the photos has a flat butt and no boobs, as he is a man. He also is not a dragon, so the tail is sculpted as well. The arms have some padding in them, and oh yes he also doesn't have wings, those are fake too. It's all fake. ITS ALL FAKE. THIS WAS AN ELABOURATE HOAX, THIS IS NOT A REAL DRAGON. A PHONEY LIVES HERE. HEY GUYS COME LOOK AT ARTSLAVE SHE IS A BIG PHONEY.

SHES NOT A MONSTER AT ALL.

The wings move with the arms sort of, so you can get some flapping going on- no you can't really fly, nobody try to fly. Unless you're a bird. Birds can do it.

Made a lot of accessories for her, including a collar, removable tailspike + tail collar? Cuffs, leg cuffs and I think thats it. But that was a lot.

I really enjoyed this one, was a lot of stuff I like to do - tattoos, horns, wings, etc. She sadly WONT be at anthrocon, but that's okay, I'm sure to see photos of her when she debuts at RMFC.

Protip: Don't be jealous of my photo backdrop, I know it's the best you've ever seen. No, I won't share where I got it. That's professional privilege. I will tell you, it's the best.