A Meme Too Far... by ArrowQuivershaft 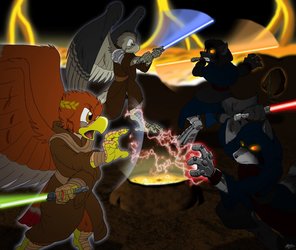 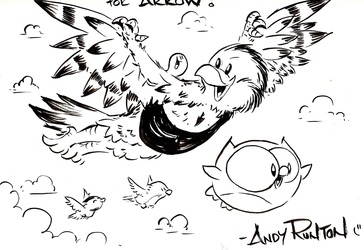 Since Skyrim came out, I've heard the "Arrow to the knee" reference nearly every time I stepped into a chatroom, and frequently on other occasions, and consequently, it lost amusement for me far, far, far faster than most. It's still an issue really, and while I'm no stranger to memes (Iminspace), this one has started to grate on me finally.

So here's an unfortunate fur who just happened to repeat the meme to Arrow one time too many and pushed him over the edge. I think I'll make this my standard response to the Skyrim meme.

Mature due to implied blood and violence.
Art drawn by   likeshine at AC2012!