Duel of the Furries. by ArrowQuivershaft 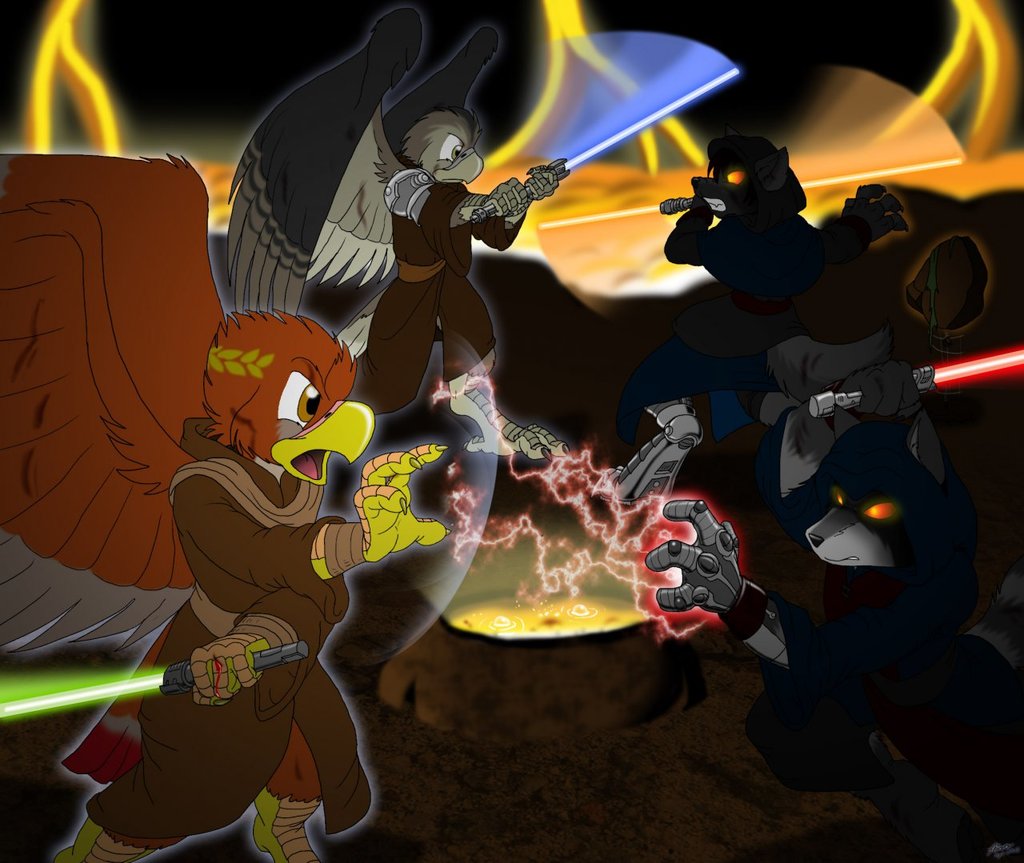 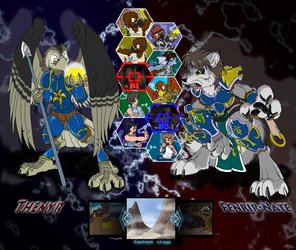 Duel of the Furries.

Kawheek originally started his life as a D20 monk in a custom campaign for D&D. (You try starting a d20 campaign on Avians.net and end up with PCs that aren't birds in some fashion.) One thing I've always done with Kawheek is play him sort of like a Jedi, because monastic orders like that would inherently have several things in common.

A few years later I carried it another level further when I decided that Thenyr would be Kawheek's student trained in a similar way to the jedi/padawan relationship, although Thenyr might prefer "Apprentice" or "Successor" to "Student".

I've joked about a pic like this for a while, but I finally got it. So we have Kawheek and Thenyr as Jedi fighting two Sith/Dark Jedi on a lava planet. Because lava makes everything more awesome. As does Duel of the Fates: http://www.youtube.com/watch?v=MbPX4xrKNlM

(Yes, I know all Sith and Dark Jedi use red lightsabers, but I wanted some more contrast, so I had the one use Yellow. Maybe he hasn't had time to swap the color crystal yet.)