Under the Black Moon... by ArrowQuivershaft 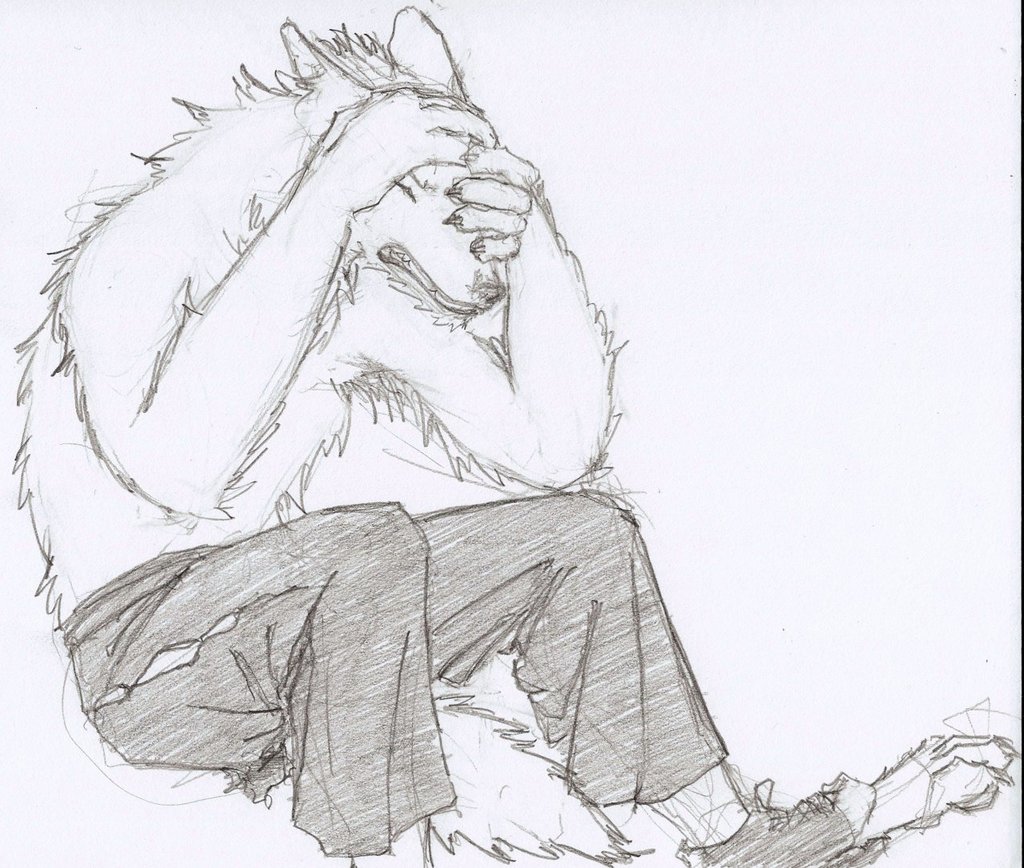 Under the Black Moon...

Where to begin...complicated story behind this pic.

Nathan Scott Renfrew is one of my RP characters who acts as an escort/guide/bodyguard in high magic areas in an otherwise low/no magic near-future earth setting where the various deities of the Norse, Greek, and Egyptian pantheons have come back and established their own personal areas of influence.

Fenrir had a heavy preference for wolves(duh) and a lust for power; one of his power plays over the course of the game involved releasing an engineered disease that turned infectees into anthropomorphic wolves, called svartskoll, the TF happening under the next full moon, referred to in-setting as a Black Moon. Nate was affected by this early on, and was in fact in the first TF batch.

As we can see, he's not taking it particularly well.

He got better later, fortunately, but this particular plot point set in motion a rather nasty failure-spiral for the character because he doesn't like being beaten, he never gives up, and he doesn't know when to quit.