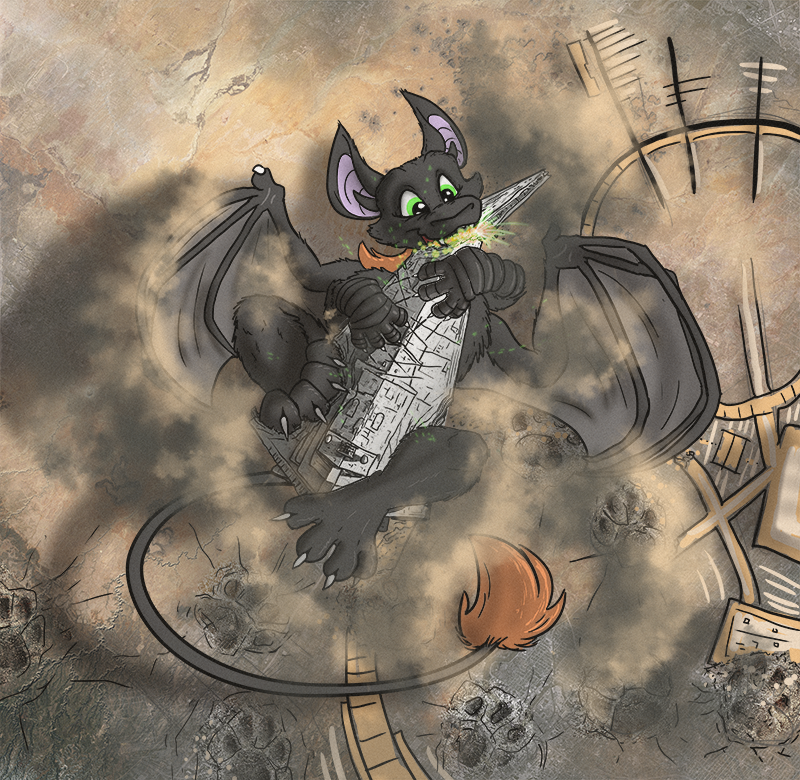 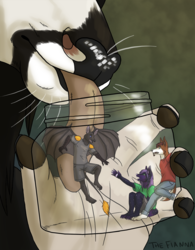 So last night I had an incredibly viviv dream around 3:30 AM about being macro in a starwars world. I blearily wrote out a journal about it and posted it, fearing I would forget details if I went back to sleep and Tyrnn (on FA) drew it while I went back to bed.

The dream is in my journals here http://www.furaffinity.net/journal/6492991/

This wasn't a lucid dream in that I was aware I was dreaming. I was well and part of this random dream. I was just suddenly there, a batgryph about a kilometer long and romping through this desert world in the Star Wars universe. There was a city with a huge imperial base. The city was just ground to walk on for me, its inhabitants bugs, unnoticed. What caught my eye was the big machinery, in particular this one huge Star Destroyer which was in the process of taking off from where it had been hoving just over this huge star base.

I launched after it on all fours, just a pure feral force of nature acting on instinct. I had no memory of being human in this dream, I just was what I was, a big batgryph creature with a powerful hunting instinct. I launched myself at the gliding ship and brought it down wrapped in my paws, just as the picture shows and wrestled and gnawed on it, breaking it up and devouring the "bugs" inside.